From Algeria: the only Arab publishing house in Nigeria International Book Fair 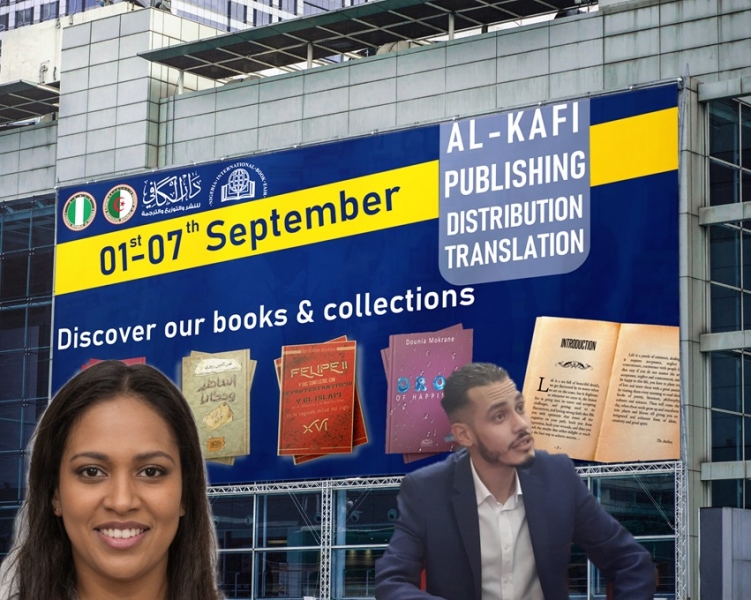 Al-Kafi Publishing, Distribution and Translation has participated in the activities of Nigeria International Book Fair 2020, and was considered to be the only Arab publishing house to participate in this important cultural event.

The Head of the Foundation, Mr. Ayoub Benebri, stated that the participation of an Algerian publishing house whose publications are mostly in Arabic in a country where English and French are the most prevalent languages ​​was not arbitrary, but was rather an important step and a gain for Al-Kafi foundation, given the importance of this event as well as the presentation of Al-Kafi’s English and Spanish publications, and the introduction of Algerian authors to Nigerian readers.

Additionally, this opportunity according to the same speaker allowed to discuss the current cultural situations and challenges of the book industry in Africa in general, and opened the door for the Foundation to get acquainted with individuals and institutions from Nigeria, Turkey and other countries, such as the author, Dr. Godwin Osung, and Mr. Jan Burston. Director of the Matsis Printing, as well as companies such as BuyBooks and several other bodies active in the cultural field.

It is noteworthy that Al-Kafi Publishing, Distribution and Translation took the Algerian city of Chlef as its headquarters, and it is concerned with publishing books in the academic and literary fields, and is constantly seeking to expand and overcome the difficulties of publishing faced by the author and attract writers and authors from various countries, as well as promoting readability inside and outside Algeria by providing books worth reading.