Flutter vs React Native – What to Choose? 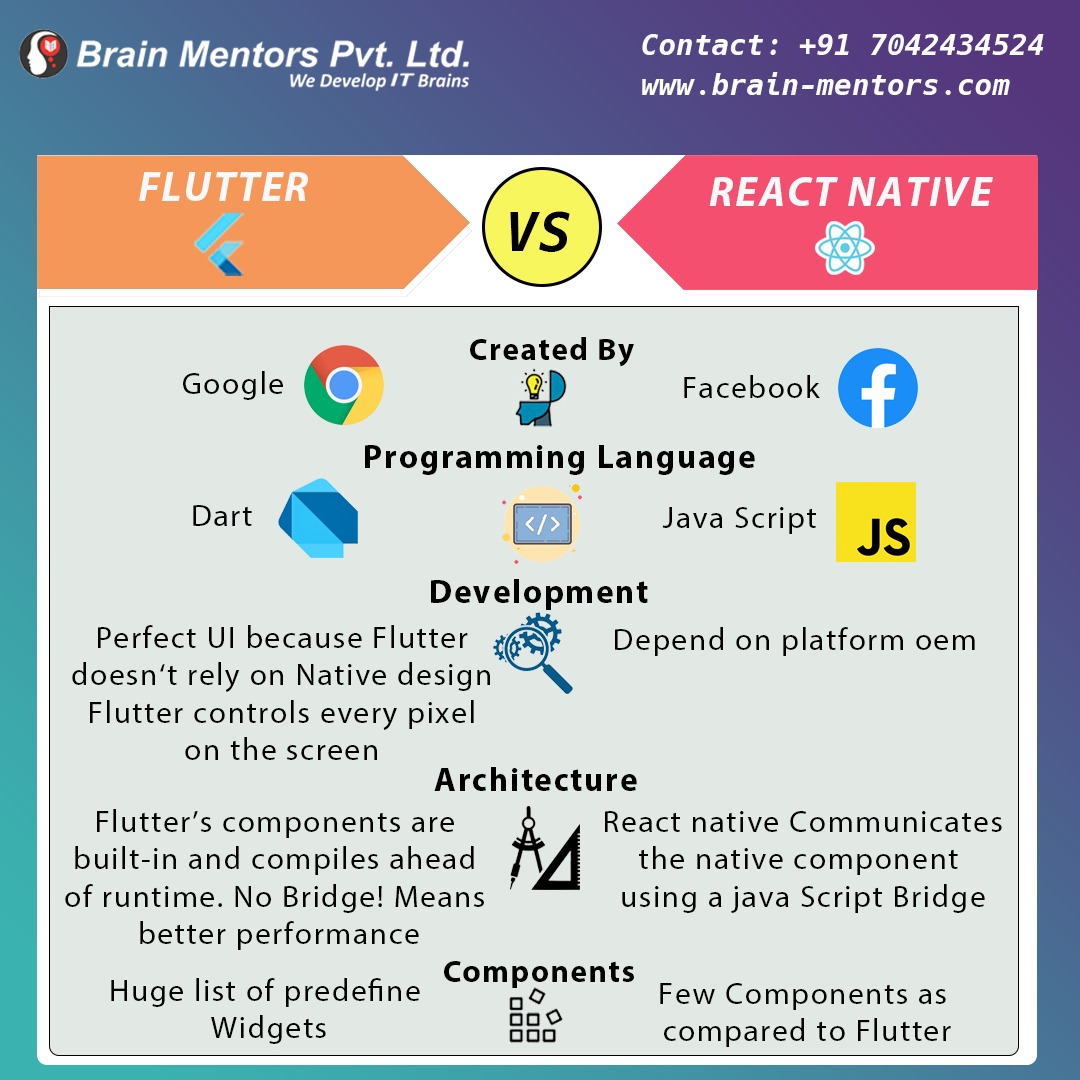 As mobile hardware is progressing, the demand for mobile apps has started increasing. Software developers were looking for a platform that could make mobile apps fast.

Today we are going to talk about React-Native and Flutter.

Flutter is for developers that want a faster way to build beautiful apps, or a way to reach more users with a single investment.
Flutter is also for designers that want their original design visions delivered consistently, with high fidelity, to all users. In fact, CodePen now supports Flutter.
Flutter is approachable to programmers familiar with object-oriented concepts (classes, methods, variables, etc) and imperative programming concepts (loops, conditionals, etc).
You can build full-featured apps with Flutter, including camera, geolocation, network, storage, 3rd-party SDKs, and more.

Flutter is different than most other options for building mobile apps because Flutter uses neither WebView nor the OEM widgets that shipped with the device. Instead, Flutter uses its own high-performance rendering engine to draw widgets.

Flutter is different because it only has a thin layer of C/C++ code. Flutter implements most of its system (compositing, gestures, animation, framework, widgets, etc.) in Dart (a modern, concise, object-oriented language) that developers can easily approach read, change, replace, or remove.