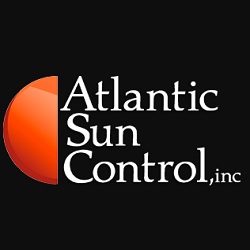 Manassas, Virginia (webnewswire) June 29, 2020 – Atlantic Sun Control, a Northern Virginia UV window film company, has recently released a new informational resource that explains some of the most frequently encountered myths regarding UV window film. The new article can be found on the company’s website. The window film company guides the resource so that it can be used as an educational tool for homeowners who want to better understand UV window film and why they should consider installing it.

Atlantic offers some valuable advice for homeowners who want to learn more about UV window film from the experts who specialize in the process. They draw from their long history of performing successful installations and aim to help clear up some common misconceptions they have encountered over the years. The window film company has nearly 30 years of experience and has grown into one of the largest and most reputable window film companies in the nation due to their professionalism and high-quality work ethic. They are proud of the hard work and dedication they pour into their craft with each and every project.

In the new article, the window film company goes into detail about UV window film and the installation process. They do this by highlighting some very common myths that homeowners should avoid buying into. Some of the myths they highlight in the article include things such as your windows become too dark, UV film damages windows, the film is only effective in the summer, and that UV treated windows with film can’t be cleaned.

Atlantic explains in-depth in the article why each of these points is false and points out the many little-known benefits UV window film can provide homeowners when installed professionally. Their team believes in maintaining their reputation for delivering what they promise, in a timely fashion and courteous manner. All ASC representatives are equipped with the tools and knowledge necessary to provide clients with a full understanding of window films and their many advantages.

For more information on Atlantic Sun Control’s products and service offerings, contact them at 703-687-0154 or visit their website at https://atlanticsun.net/. Their offices are located at 8621 Quarry Road in Manassas, VA 20110.