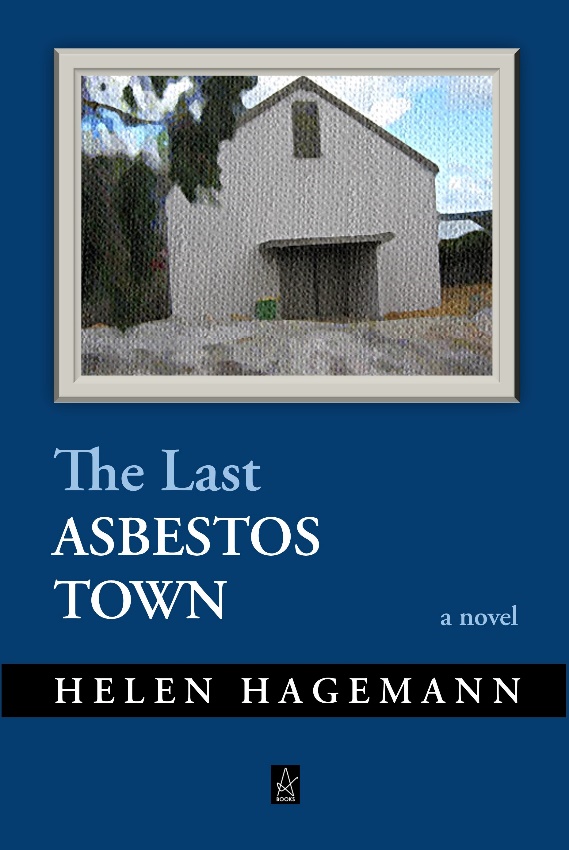 An Australian National law has been passed and a group known as the Asbestos Task Force (A.T.F.) is formed by the government to systematically remove all known asbestos from towns, cities and suburbs. The city of Perth, Western Australia and surrounds have undergone this removal, and gradually the task force spreads further afield into the South West. Their target has reached Farmbridge, an old pioneer town with numerous asbestos houses and buildings. Newly married, May and Isaac who plan to renovate their home, an old Girl Guide Hall, experience the imminent threat of losing their home after receiving their fateful letter. Believing their home is not made from asbestos, the couple set out on a relentless quest to save the hall from demolition.

Helen Hagemann lives in Perth, Western Australia and is published in Australian literary journals including Southerly, Westerly and Island magazine. Her work also appears online, in an international Chinese publication, and in the Adelaide Literary Magazine, USA. In 2004, Helen received a poetry mentorship award from the Australian Society of Authors studying with Jean Kent, a NSW poet. In 2008, she won a Macquarie/Varuna Longlines Poetry scholarship resulting in the publication of a chapbook Evangelyne & Other Poems published by the Australian Poetry Centre, Melbourne (2009). Her second collection Arc & Shadow was published by Sunline Press, Cottesloe, WA (2013). Helen holds a Masters in Writing from Edith Cowan University, has taught prose and poetry in Fremantle in association with the OOTA Writers Inc., and has been accepted into writing residencies throughout the world. The Last Asbestos Town is her debut novel. Visit Helen at https://helenhagemann.wordpress.com/ https://www.facebook.com/AuthorHelenHagemann