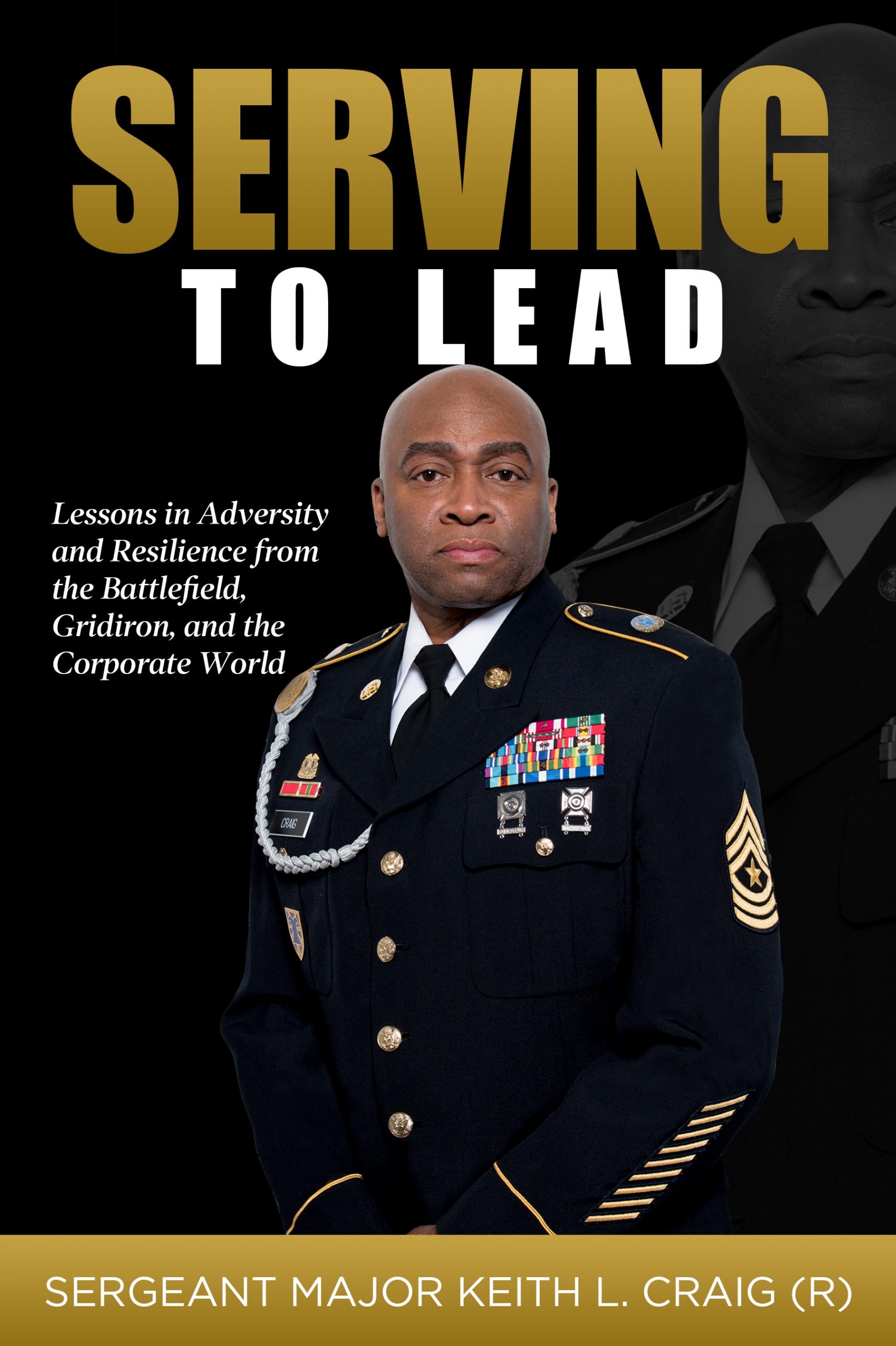 Craig’s new book, Serving to Lead, provides an unprecedented first-hand account of a decorated war veteran fighting for his life and for those which he led. It depicts the drive and mindset it takes to motivate oneself and others to fight to stay alive during times of war, details how to reach the finish line when the goal is yards ahead, and lessons in how to plow through much more unanticipated adversity to arrive at one’s desired destination.

“The time is now for all leaders to step up to the plate, our world needs solutions,” said Craig. He further added, “Leaders are oftentimes born out of necessity and our current climate dictates that time is now.”

Serving to Lead is a story of the ups and downs of a person who comes from a very humble background and rose to the highest ranking non commissioned officer with the utmost hard work, commitment and dedication. And how he transformed his career after retirement as a successful entertainment leader at famous Walt Disney’s studios.

According to Craig, “I have tried to pen down all the important lessons that I have learned in my life, whether it is from the battlefield or in the modern corporate world. With Serving To Lead, I want to share those life-changing lessons with the people out there struggling and empower the future generations with it.”

Craig was recently awarded with the 2019 Trailblazer of the Year Award at the Hollywood and African Prestigious Awards Show in Los Angeles, CA., and featured in countless magazines for his diligence in media distribution and leadership inspiration.

Continually operating in a spirit of humility, Craig attributes his attainment of position, honors to hard work, having respect for authority and taking personal accountability. He is intentional in motivating others to be their best selves and has written a book to ignite passion in them and

propel their aspirations to fruition.

Available now, Serving To Lead enables readers to fulfill leadership in their sights to scale the heights of their desires. It can be purchased at: Amazon.com.

Retired Sergeant Major Keith L. Craig, a decorated combat Veteran, Entertainment Executive, Philanthropist, and Author, found and fulfilled his purpose on the battlefield, on the football field and in the boardroom. Having served 32 years and obtained 51 awards and decorations is the United States Army, won six division championships as a professional football player and is now

a leader at Walt Disney Studios serving as a Sales Manager for Motion Picture Theatrical Sales and Distribution. Mr. Craig has contributed to major studio releases such as Disney’s The Lion King, Marvel’s The Black Panther, Luca’s film Star Wars: The last Jedi, as well as Marvel’s Guardians of Galaxy and Thor Ragnarok.