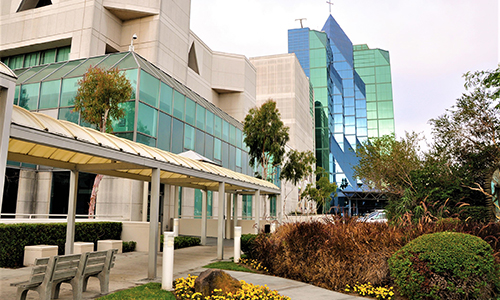 Prime Healthcare had the highest and best bid for St. Francis with an offer that provides over $350 million as the sale process enters final stages.
Prime has committed to continuing St. Francis mission, service lines, trauma care, charity care, community benefit programs and service to the underserved.
Prime Healthcare immediately begins implementation of state-of-the-art technology and systems as part of $47 million capital infusion for technology, infrastructure, equipment and system upgrades.
Verity Health and Prime Healthcare value the heroic work of staff and engaged in good faith negotiations with all unions.
LOS ANGELES (June 1, 2020) – Prime Healthcare and Verity Health today highlighted their continued efforts to preserve the legacy and health care mission of St. Francis Medical Center. Since Prime was chosen as the top bidder by the U.S. Bankruptcy Court, millions of dollars have already been invested in state-of-the-art technology improvements—reflecting a commitment to preserving access to care and improving quality for Lynwood and surrounding Los Angeles communities.

Prime, which has earned a national reputation for turning around financially struggling hospitals and saving their community missions, had the highest and best bid approved for St. Francis, in Lynwood, CA., by the U.S. Bankruptcy Court for the Central District of California, with an offer of net consideration in excess of $350 million and also provides for $47 million in much-needed capital improvements.

As part of its asset purchase agreement, Prime has committed to meeting and exceeding mandates for access and services, including maintaining all essential care, trauma care, and community benefit programs, while continuing St. Francis’s important mission of service. In addition, Prime plans to expand service lines based on community need. As part of the transition, Prime has already begun executing on its commitment to capital investment by installing best-in-class technology and systems such as Epic, as an integrated electronic medical record, Omnicell systems for automated medication dispensing and new interventional radiology and cardiology capability, all of which will serve to improve quality and the patient and caregiver experience at St. Francis.

As one of the nation’s leading hospital systems serving 2.6 million patients annually, Prime is committed to quality and patient centered care, earning numerous awards time and time again. Prime has been named a Top 10 Health System by IBM Watson Health and its hospitals have also been named among the nation’s best as “100 Top hospitals” more than 45 times.

“Prime’s bid to purchase St. Francis not only ensures St. Francis is able to continue its longstanding legacy of care but will also provide enormous economic and public health benefits to the people of Los Angeles County,” says Rich Adcock, Verity Health CEO. “Given Verity’s ongoing operating losses of nearly $450,000 daily and the uncertain operating environments associated with this pandemic, the importance of St. Francis being sold to a stable operator cannot be understated. Prime has also already demonstrated a level of unique and exceptional talent and dedication to the St. Francis mission which will provide stability.”

Prime’s offer provides a net consideration of over $350 million. Prime has committed to invest $47 million in capital improvements and has agreed to let Verity keep over $100 million in estimated Medicaid Quality Assurance Fee payments. Prime has committed to extending offers of employment to substantially all of the hospital’s current staff and offers an increase in salaries for many members. Prime and Verity have been engaged in good faith negotiations with key unions to reach new collective bargaining agreements that will ensure operational stability. Prime employs nearly 40,000 staff and physicians, including more than 10,000 in California alone.

“Prime’s mission of saving hospitals to save lives has never been more important and we value the heroic and incredible work of staff, physicians and nurses at St. Francis,” says Sunny Bhatia, MD, Prime Healthcare CEO (California) and Corporate Chief Medical Officer. “We recognize the critical role St. Francis plays in its community. Prime has had the opportunity to witness the unique spirit of St. Francis and is committed to preserving it and ensuring an even brighter future.”

The acquisition of St. Francis is occurring at a critical time. As one of Southern California’s key safety net hospitals, St. Francis is essential to providing care to the community, especially during the ongoing battle against the spread of COVID-19.

Prime is one of the nation’s leading health systems with 45 hospitals in 14 states across the country. Prime serves over 600 communities, employs 40,000 staff and provides 2.6 million patient visits annually. In California alone, Prime operates 15 hospitals, employs more than 10,000 people, and serves tens of thousands of patients annually. Prime is nationally recognized for award-winning quality care and has been named a Top 10 and Top 15 Health System by IBM Watson. Its hospitals have also been named among the nation’s best as ”100 Top hospitals” more than 45 times and have received more Patient Safety Excellence Awards from Healthgrades than any other health system in the past four years.