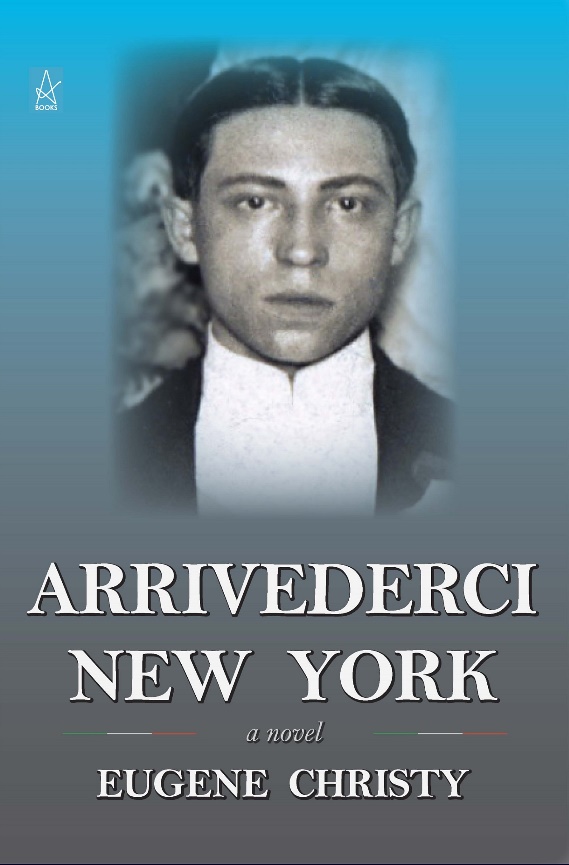 It’s 1899. An illegal immigrant, Tony LaStoria, just ten years old, an unaccompanied minor, lands in New York and has to make his way in the world’s greatest city. Overcoming every obstacle, Tony finds a partnership to last a lifetime in his friend Harry, whose family are Jews from Vilna in the cloth trade. Manhattan, the island, is the Bangladesh of 1905.Together, in the wide-open, unregulated garment industry of that explosive time, the boys manage to become teenage businessmen by the time they’re 16. Harry plays the entrepreneur, Tony, his trusted floor-manager, and the only thing that can ever come between them is–a girl named Laura.

Eugene Christy is a novelist, poet and musician currently enjoying retirement in his home in the Berkshires. His maternal grandparents Antonio Scioscia and Giuseppina Fabrizio came from Alta Villa Irpina, near Avellino, in the South of Italy. He has studied under Sean O’Faolain, James Dickey, and Larry McMurtry. Appearing as Gene Christy, he was previously known around the Berkshires as the singer-songwriter and accordian-player who led The Dossers, the Irish-themed pub-band trio featuring Bill Morrison and Rick Marquis. His current project, six years in the making, is called The Twentieth Century Quintet, five novels telling the saga of Antonio LaStoria and his descendants through three generations in America from 1899 to 1972, to be published by Adelaide Books, New York, in 2020 and 2021.