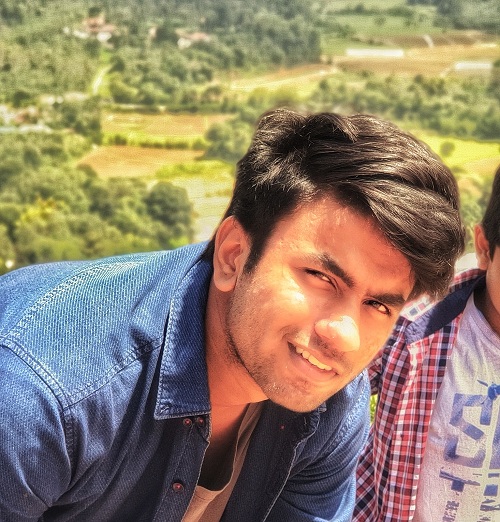 Lamhe’s singer Rachit Sharma will be releasing his first music album Bandishe next month.
Rachit Sharma is a young Indian singer-songwriter who juggles between the world of mellow pop music and the increasingly popular R&B sphere in India. Creating music that fuses these two genres, he has successfully created his niche in the contemporary music world. Percussive beats and thoughtful lyrics are the defining features of his music. Having already released two singles, the Indie musician hopes to make more songs in the future which will explore the fusion of different music genres, and thus expand his discography. His first single ‘Rang’ released on 24th Jan 2020, and his second single ‘Lamhe’ came out just about three months later on 12th March 2020. The latest release got much more attention than the first one, with more than 38,000 views on YouTube, and helped him become more known in the new artists’ scene.

The singer loves folk music which has had a great influence on his songwriting. The astonishingly modern sounds of bands like The Yellow Diary and The Local Train have considerably inspired him because they felt contemporary while remaining connected to the traditional classical Indian Music. Rachit recognizes that legendary artists around the world have impacted the country’s musical evolution and that their own cultural reach is also broadening. Therefore, he aims to showcase the cultural diversity of India which cannot be expressed with just a single music style or definition. Additionally, as an artist, his main philosophy is that music is supposed to bring joy to people when they’re feeling upset. He finds it exciting that he can brighten someone’s mood and make their day better by sharing his art with the rest of the world. Doing that, even if within a small number of people, would mean that he has been successful in his achieving his goals.

Rachit has been working on his first album ‘Bandishe’ for the past few months and it is set to be released soon. He is very much excited about its release as it is something different from his previous work. He has a Facebook page and YouTube channel by the same username as Instagram, tweets @rachitsmusic, and even has his own official website www.rachitsharma.com.