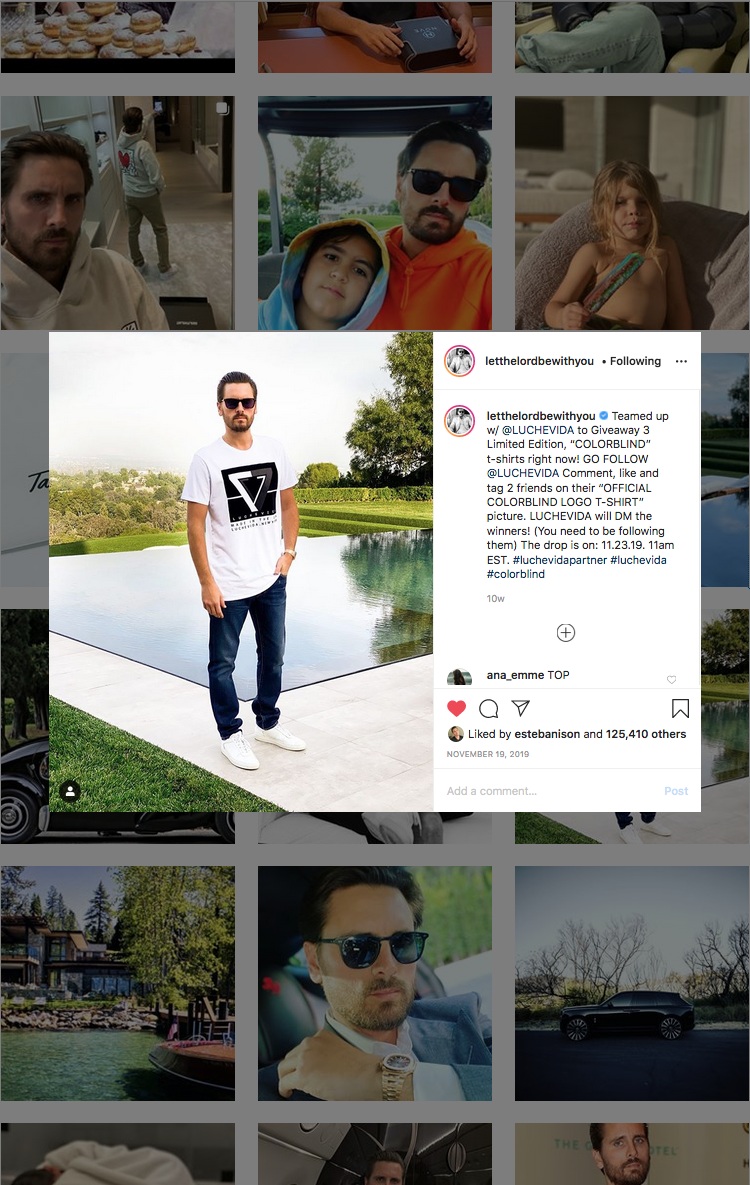 LUCHEVIDA, a popular online fashion store will launch its third piece from its twelve-part t-shirt collection. “THE ARTIST” is available on Saturday, February 8, 2020.

Each t-shirt has its own meaning. “THE ARTIST” represents imagination, to create things that inspire the world.

“A lot of people have been waiting for the release of THE ARTIST,” commented a spokesperson for the company.

A comfortable and stylish t-shirt is not only made with an attractive design but also high-quality material. LUCHEVIDA chooses to use 100% high-quality cotton along with the latest technology from the USA to produce the best t-shirts for men.

Scott Disick from Keeping Up with the Kardashian’s was seen wearing the COLORBLIND t-shirt on his instagram page, which was the first t-shirt from the twelve part collection by LUCHEVIDA. Its easy to see why LUCHEVIDA is quickly becoming one of the most popular fashion brands for men.

The LUCHEVIDA t-shirt collection consists of 12 limited edition pieces that are being released by date:

1. COLORBLIND: pure and enlightened, free from judgment and stands against injustice, was released November 23, 2019 and is currently sold out.

2. ROYALTY: of privilege and lives a life of abundance with no bounds, was released on December 7, 2019. This item is also sold out.

3. THE ARTIST: led only by his imagination, and is inspired to create shapes, sounds and colors that move the world, will be released February 8, 2020.

5. THE PRINCE takes his rightful place with power, honor and grace; to be released on June 6, 2020.

6. THE MUSE: a force of inspiration and influences revolutionary changes in the world; release date August 8, 2020.

7. THE GOLDEN CHILD is the chosen one and comes to us to rid the world of the ignorance and judgment it uses to wage war against itself; to be released October 10, 2020.

8. MOON MAN has the power to create things that are out of this world; release date December 12, 2020.

11. THE SUPER HERO has unlocked great powers by doing good deeds in the world, reaching the “highest heights” of humanity, as a truth teller, a giver and a helper to all walks of life; release date June 12, 2021.

For more information about LUCHEVIDA’s stunning creations, visit the website at https://luchevida.com/.