New Book by Robert Gibbons: Labors in Vineyards of Desire 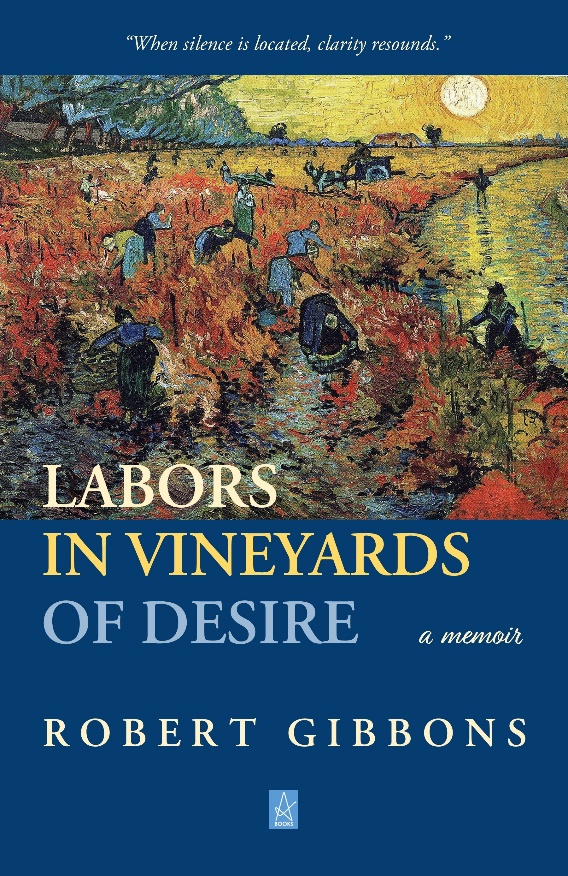 Recently I came across a phrase from Milan Kundera: “the destiny of unexpected encounters.” It reminded me of the contrast of flying out of Belgrade into Venice in 1967, or seeing Dylan go electric two years earlier, or Miles from a front-row seat at Lennie’s-on-the-Turnpike two years later. Climbing the red carpet at Le Palais des Festivals for screenings on Friday & Saturday nights in Cannes as guests of Piper Heidsieck Champagne, when Pulp Fiction won the Palme d’Or in 1994, & President of the Jury, Clint Eastwood came back to the Piper villa for dinner. Putting thumbs in bullet holes of adjacent homes in Compton, on the day cops found the last, unidentified body in the cellar of the SLA hideout, Camilla Hall. Meeting Irina Borisova-Morozova Lynch, granddaughter of Sergei Ivanovich Shchukin, next in line of provenance, after Anna Bock, for the only painting sold by van Gogh in his lifetime, The Red Vineyard, always asking her to tell the story of how the painting passed from the hands of Bock into those of Irina’s grandfather into those of the State, & onto the walls of the Pushkin Museum in Moscow.

“Most, if not all of these “destinies” are recorded in this manuscript, although that’s not necessarily what I set out to portray. In writing Labors in Vineyards of Desire, I have attempted to uncover the self via the model found in the writings of Walter Benjamin, in essence, an archaeological dig through memory. Quoting Benjamin from Berlin Chronicle: “Memory is the medium of what has been experienced the way the earthen realm is the medium in which dead cities lie buried. He who wishes to approach his own buried past must act like a man who digs.” – Robert Gibbons