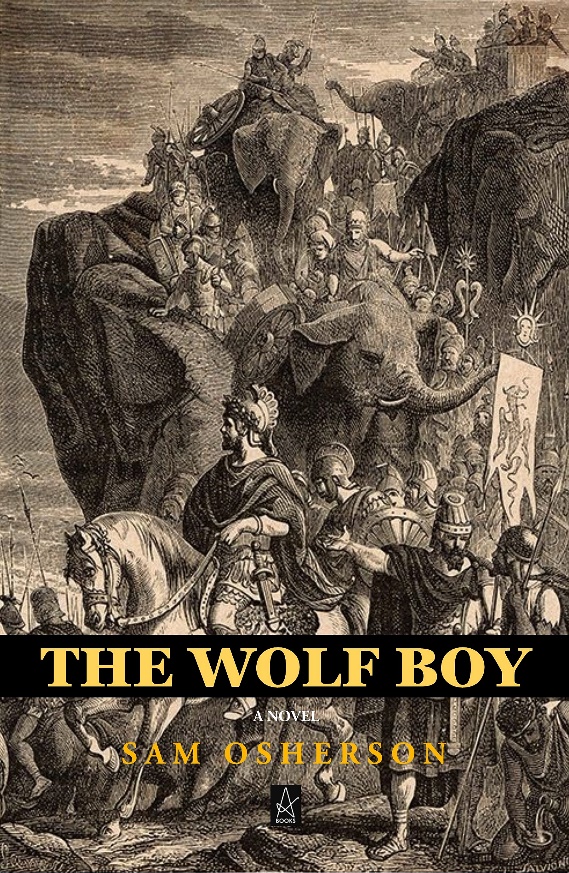 A brilliant but untested young general, Hannibal of Carthage, is about to embark on an audacious war against powerful Rome, the enemy who defeated his father and threatens the future of his city. An orphaned boy, Nahatum, is caught stealing from Hannibal’s tent and is about to be executed by the guards. Instead, Hannibal finds himself unexpectedly charmed by the boy and – just as surprisingly -makes Nahatum his servant as he begins a risky, seemingly impossible, plan to invade Italy. Hannibal’s learned scribe teaches the clever boy to read and write and so Nahatum comes to know about a world beyond the unrelenting brutality of Hannibal’s quest. Becoming literate changes everything for Nahatum. Over time he becomes torn between his loyalty to the man who has saved his life and his desire to escape the seemingly endless war. At the moment of Hannibal’s greatest-and bloodiest-victory, Nahatum makes a fateful decision that will shape the rest of his life.

In both his fiction and non-fiction, Sam Osherson has explored the complexities of men’s lives- their love for and fear of women and the feminine, their attraction to war and the thrill of battle, their desire for family, and their yearning for the hero’s quest. Of particular interest to Osherson has been the complex relationship between father and son. The story of Hannibal’s heroic efforts to redeem his father’s legacy and secure the future of his doomed city has fascinated Osherson since high school when he first came across a book in his town library about the Alps, elephants, and an extraordinary army leader rolling the dice in a most unexpected way. He has spent time in Tunisia, site of the ancient city of Carthage, and visited parts of what may have been Hannibal’s route crossing the Alps. He has taught at the Harvard Medical School, University of Massachusetts, Harvard University, MIT, as well as the Fielding Graduate University.