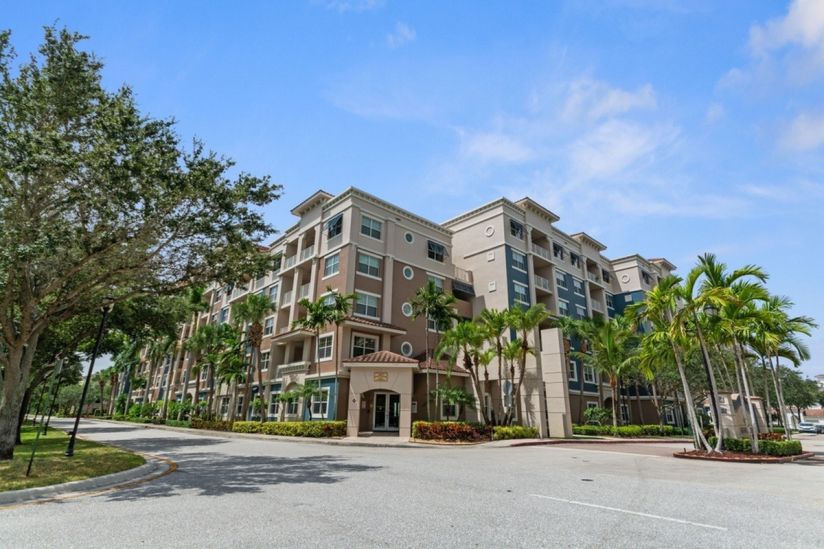 The floating rate loan is secured by Monteverde at Renaissance Park located at 1625 Renaissance Commons Blvd. in Boynton Beach, less than 15 miles south of Downtown West Palm Beach. Built in 2006, originally as condominium, the 2.5-acre property offers a mix of one-, two- and three-bedroom apartment homes housed in three six-story buildings. The Property, which was 91.8 percent leased at closing, offers an attractive array of amenities, including a resort-style pool and jacuzzi, a fitness center, billiard room, outdoor grills, bicycle storage, a gated parking garage and an on-site property manager.

“Monteverde offers the sponsor an outstanding value-add opportunity in reimagining the common and amenity spaces to bring them in-line with market current standards,” said Mesa West Executive Director Russell Frahm, who led the New York City-based origination team along with Vice President Brian Hahn and Analyst Jacob Rosen. “In addition, the Property will benefit from strong multifamily demand drivers, including the continued Sun Belt migration, especially to no income tax states like Florida, and greater appeal of multifamily living in this higher interest rate economy.”

Mesa West Capital continues to invest in Palm Beach County, FL with over $310 million in loans originated in West Palm Beach, Delray Beach Boynton Beach and Jupiter in the past 24 months.

The financing was arranged by Michael Lupo, Principal at CCL Capital. Mesa West Capital was represented in the transaction by the legal team led by Mark Osher, Eric Steiglitz, and Zak Baron from Gibson, Dunn & Crutcher LLP.

About Mesa West Capital, LLC
Mesa West Capital (http://www.mesawestcapital.com) is a leading commercial real estate debt fund manager and portfolio lender.  With offices in Los Angeles, New York, Chicago and San Francisco, Mesa West has been one of the leading providers of commercial real estate debt since its founding in 2004. Mesa West provides non-recourse first mortgage loans for core/core-plus, value-added or transitional properties throughout the United States. Mesa West’s lending portfolio includes all major property types with loan sizes ranging from $20 million up to $400 million. Since inception, the firm has sourced and closed more than 400 transactions totaling over $26 billion. 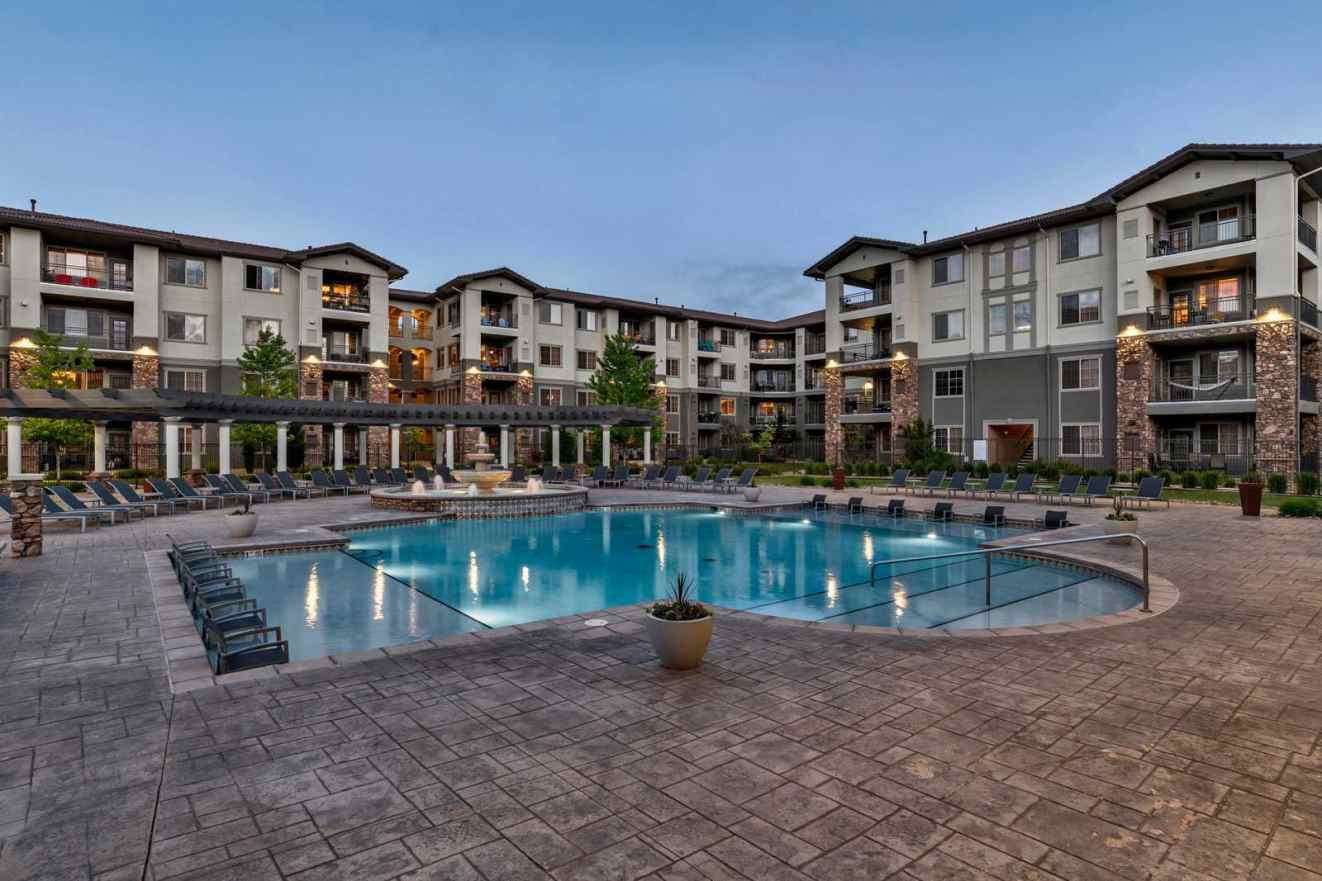 The five-year, floating rate loan is secured by Terracina Apartments located at 13620 Via Varra Road in the Denver metro area. Built in 2010, the 16.5-acre community offers a variety of one- and two-bedroom apartment homes housed in four four-story residential buildings. The community features a wide range of amenities including a pool and hot tub, a clubhouse and fitness center, co-working lounge, dog park and pet wash, fire pit and grilling area, and outdoor games area.

A portion of the loan proceeds will help to fund the sponsor’s capital improvement plan that will feature upgrades to unit interiors as well as the renovation of the community’s common areas.

Terracina Apartments is well situated between Denver and Boulder, site of the state’s flagship university, the University of Colorado. Located close to U.S. 36 and rapid transit, the property draws from the Mile High City’s major growth and Boulder’s tech and life sciences sectors.

“Broomfield is uniquely positioned between Denver and Boulder, pulling from those major economic engines with more affordable housing options,” said Mesa West Capital Executive Director Josh Westerberg, who led the origination team out of the private lender’s San Francisco office.  “The area’s consistent annual rent growth is proof of that attractive market dynamic. The planned capital improvements for Terracina Apartments will add even more value to this property.”

The financing was arranged by Brian Torp, Managing Director in the Orange County office of Jones Lang LaSalle.

About Mesa West Capital, LLC
Mesa West Capital (http://www.mesawestcapital.com) is a leading commercial real estate debt fund manager and portfolio lender. With offices in Los Angeles, New York, Chicago and San Francisco, Mesa West has been one of the leading providers of commercial real estate debt since its founding in 2004. Mesa West provides non-recourse first mortgage loans for core/core-plus, value-added or transitional properties throughout the United States. Mesa West’s lending portfolio includes all major property types with loan sizes ranging from $20 million up to $400 million. Since inception, the firm has sourced and closed more than 400 transactions totaling over $26 billion.

Global Capital Partners Fund LLC is a New York-based lending company, providing loans of all kinds to businesses. They offer flexible options along with different kinds of lending opportunities to help individuals and companies take their performance to the next level. Their financing options are targeted at helping businesses meet all of their demands and grow steadily.

One of their top services has been their asset-based loans service. It has been helpful in helping several businesses acquire the initial funding they need to start their businesses. Many companies use asset-based loans by putting up some of their equipment or property as collateral, which enables them access to readily dispensible funds for major operations. These are catalysts for growth and an excellent means of expansion.

“We work with businesses to help them scale up and take on newer projects,” revealed Joe Malvasio of GCP Funds LLC. “Working with clients over the years, we’ve realized that the industry is moving fairly swiftly and businesses don’t always have the resources to meet the developing needs. Rather than opt for any other funding options to help them reach their goals, asset-based loans are convenient of the option of funding newer operations.”

The business has so far provided companies with upwards of millions in asset-based loans. After assessing that working with a particular business in their venture shows a great deal of promise, Joe Malvasio and his team are more than willing to provide them with the necessary amount.

Businesses can put up items out of their inventory such as their equipment or machinery up for possession for the business to receive the amount. The business also offers flexibility in the purpose of acquisition of the funds. Companies looking to pay for some of their running costs, looking to acquire other businesses, and searching for means of rapid growth can acquire these loans.

More details about the services provided by GCP Funds LLC are available on the website given below.

About the Company
Joe Malvasio of Global Capital Partners Fund has been in the investment business for several years now, with a keen eye toward the real estate industry.

FUNDS FOR CLEANING OF YAMUNA RIVER

The cleaning of Rivers is an ongoing process and this Department is supplementing the efforts of the States for checking the rising level of pollution of river Yamuna, a tributary of River Ganga, by providing financial assistance to States of Himachal Pradesh, Haryana, Delhi and Uttar Pradesh.

The projects undertaken under Namami Gange Programme and details of share of Central & State Governments in these projects is given below:

With reference to common effluent treatment plants, which are yet to be set up, it was directed by the Hon’ble Supreme Court that the concerned State/UT Governments to complete the same within a period of three years, from date of the order. It was also observed that  while acquiring land for the common effluent treatment plants, the concerned State/UT Governments will acquire such additional land, as may be required for setting up “zero liquid discharge plants”, if and when required in the future.

In pursuance orders passed by the National Green Tribunal, the Government of NCT Delhi in coordination with other authorities viz. Delhi Development Authority (DDA), Delhi Pollution Control Committee (DPCC), Delhi Jal Board (DJB) and the State Governments of Haryana and Uttar Pradesh is pursuing the action to set up the requisite STPs and implement the action plan for prevention and control of pollution in river Yamuna. The concerned State Governments viz. State Government of Haryana, Uttar Pradesh and NCT of Delhi are also submitting, periodical action taken report to prevent, control and abatement of pollution in rivers to the Department of Water Resources, River Development and Ganga Rejuvenation.

This Information was given by the Minister of State for Jal Shakti, Shri Bishweswar Tudu in a written  reply in Rajya Sabha today.

The senior partner and president of Global Capital Partners, Joe Malvasio, recently approved a $16.8 million loan on a development site for building homes located in North Carolina. The decision comes after North Carolina was declared one of the top ten states to buy and sell real estate in 2021.

The deal comes as a relief for investors struggling to acquire commercial real estate loans due to the ongoing pandemic. Although Malvasio has closed larger loans in the past, approving a multimillion-dollar loan soon after the restrictions lifted sets a precedent in the private lending industry.

“We certainly see this as a positive sign,” confirmed a real estate lender. “Everyone, from lenders to investors, is still walking on eggshells due to the absolute havoc the pandemic wrought on commercial real estate. Having an experienced lender like Joe come forward with a loan this big is a reassuring sign for all of us. This is just the beginning—I’m sure we’ll see more of these million-dollar deals in the near future.”

With more than 40 years of experience in the industry, Malvasio is seen as somewhat of a role model in his line of work. So far, his lending company has closed commercial loans starting from a million dollars to $100 million.

GCP Fund assists investors and developers throughout the real estate development process. They provide short-term and long-term funding at every step, starting from site acquisition and ending at construction.

Their flexible solutions include mezzanine and construction financing for the acquisition and development of warehouses, multi-family properties, hotels, hospitals, mixed-use properties, apartments, and other commercial and residential real estates in the United States and beyond.

Further details about loan structures and applications are available at the company website given below.

About Joe Malvasio
Joseph Malvasio leads the Global Capital Partners Fund LLC: a provider of asset-based private loans offering several lending solutions with flexible terms. Malvasio has been in the industry for over 40 years and has a long list of clients to show for it. The commercial lender is known for facilitating real estate and business development through simple applications and quick loan processing.

Authorization
“I, Ricky Taylor, am an authorized distributor of news and have the authorization to use the company’s name, Global Capital Partners Fund, in press releases.”