NTPC collaborates with Delhi Jal Board to convert Waste into Energy

In an endeavour to reduce the carbon footprint, NTPC Ltd, India’s largest integrated energy company has come together with Delhi Jal Board (DJB) to utilize the sludge produced in the sewage treatment plants (STP) of DJB.

The torrefied waste sludge was fired from NTPC’s unit 4 Boiler at Dadri. This green technological solution is an innovative way to convert STP sludge into energy via environment friendly means to reduce CO2 emissions.

In Delhi NCR alone, Sewage Treatment Plants produce up to 800 MT of sludge per day. The disposal of this sludge is a major challenge as it contributes towards environmental pollution. It also poses a major threat to the health of the people residing around the area. Firing sludge in the boiler will reduce net CO2 emission, and water & land pollution and will pave the way to utilize the waste and convert it to energy in an environment friendly manner.

NTPC is taking various steps to make its energy portfolio greener and plans to have 60 GW capacity through Renewable Energy sources by 2032.

In a press statement, the Department of Posts, Delhi Circle has informed that special arrangements have been made for handling of Diwali, Christmas and New Year Greetings Mails.

To avoid last minute rush, customers have been advised to post Diwali, Christmas and New Year Greetings well in time. The special posting counters are:-

Cut Off/Last dates of special arrangements are appended below:-

The officers of CGST Delhi North Commissionerate upon data analysis and gathering of intelligence zeroed in on Shri Krishan Kumar who was involved in creating and operating fake firms using identification documents of his friends/employees.

As per investigation conducted so far, a total of 5 fake firms namely M/s Shradha Traders, M/s Anshara Impex, M/s Vijeta Enterprises, M/s SM Agencies and M/s Deepasha Sales were created by him for the issuance of goods-less invoices for items like butter/ghee/oil and passed on inadmissible Input Tax Credit (ITC) of Rs. 94 crore approx.

During the search of his residence incriminating documents like ATM cards, signed cheques, bank documents, stamps of these dummy firms including stamp of the transport company as mentioned in the e-way bills of the fake firms and outer packets/cases of SIM cards of mobile phones used for registration of firms were recovered.

In view of the above Shri Krishan Kumar has thus committed offence specified under Section 132(1)(b) of the CGST Act, 2017. Accordingly, he has been arrested on 25.03.2021 under the provisions of the Section 69(1) of the CGST Act, 2017. He was sent to 14 days judicial custody by the duty Magistrate. Further investigation is under process.

It is pertinent to mention here that in the financial year 2020-21, CGST Delhi Zone has made total of 40 arrests in various cases involving GST evasion amounting to Rs. 5,310 crore.

The officers of Central Goods and Services Tax (CGST) Commissionerate, Delhi East have unearthed a network of fictitious firms used by their operator to generate and pass on fake Input Tax Credit (ITC) of Goods and Services Tax (GST). The network of fake firms was being operated by one Vishal, who is an advocate by profession and was practicing law in Karkardooma Court, Delhi.

Shri Vishal started this GST fraud by creation of a fictitious firm in his own name which he got registered at his residence. Subsequently, he arranged various KYCs of different persons to create multiple fictitious firms having no business activity and created solely for the purpose of passing on fake Input Tax Credit and defrauding the Government exchequer. Multiple KYCs and cheques were resumed during the search of his residence. He used to pass on fake Input Tax Credit to his clients in exchange for a commission of 2 % of the invoice amount. The total fake Input Tax Credit passed on quantified so far is Rs. 50.03 crore which is expected to increase as the investigation progresses.

Shri Vishal, Advocate masterminded a deep rooted criminal conspiracy to defraud the Government and knowingly committed offences specified under Section 132(1)(b) and 132(1)(c) of the CGST Act, 2017 which are cognizable and non-bailable offences as per the provisions of Section 132(5) and punishable under clause (i) of sub section 1 of Section 132 of the Act ibid. Shri Vishal has been arrested under Section 69(1) of the CGST Act, 2017 and produced before the Duty Magistrate on 27.02.2021 who remanded him to judicial custody of 14 days till 13.03.2021. Further investigation in the case is in process.

It is pertinent to mention here that since the inception of GST Central Tax, Delhi Zone has made 27 arrests in various cases involving GST evasion amounting of more than Rs. 4019.95 crore.

Tebillion Welcomes a Fast-Growing IT Company as Latest Customer 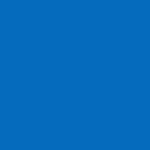 London, United Kingdom: TEBillion has added to its network a fast-growing IT value-added distribution company in PAN India, introducing cutting-edge technologies to the market ever since 2005.

The company is looking at integrating automation into its business processes across all its locations and has turned to TEB for its cutting-edge automation solutions.

The company is the country’s leading value-added distributor and solutions provider in the Network and Security domain. It specialises in Enterprise and App Security and Application Delivery. With its aim to be the most preferred and trusted IT company, TEBillion is looking forward to delivering success to this IT company.