Crisis Text Line, a non-profit organization that provides free, 24/7 text-based mental health support, and the American Association of Suicidology (AAS) are proud to announce that Crisis Text Line has become the first online-only emotional support (OES) service to receive accreditation for crisis programs. AAS accreditation guarantees individuals who are in crisis, as well as local and state governments funding crisis programs, that Crisis Text Line is delivering services according to nationally recognized standards.

“Our entire team at AAS wants to congratulate Crisis Text Line on the work they have done to earn accreditation,” said Anthony Wood, AAS’s Interim Executive Director and Chief Operating Officer. “It is wonderful to see organizations making the most of technological tools to deliver quality services that truly meet people where they are and in the manner in which they are most comfortable communicating.”

“We are so honored to have received AAS accreditation, which recognizes our tireless work over the last nine years of providing exceptional mental health support for our community of texters in need,” said Dena Trujillo, CEO of Crisis Text Line. “Our unwavering commitment is two-fold: to create an empathetic world where nobody feels alone and to promote well-being for people wherever they are.”

In December of 2021, the U.S. Surgeon General issued a rare public advisory warning of a mental health crisis in America’s youth population, stating that social workers, psychologists and counselors are unable to meet the pandemic-fueled demand for mental health support. It’s clear that an accessible, anonymous, text based service like Crisis Text Line is more necessary now than ever before. In 2021 alone, Crisis Text Line engaged in nearly 1.3 million conversations and de-escalated over 17,000 conversations with people who reached out indicating that they were in imminent danger of ending their lives or harming someone else.

Founded in 2013, Crisis Text Line, a nonprofit organization that provides free, 24/7, high-quality text-based mental health support and crisis intervention, empowers a community of trained volunteers to support people in their moments of need. Crisis Text Line is committed to creating an empathetic world where nobody feels alone. Those seeking care can text CRISIS to 741741 to be connected to a live, trained volunteer crisis counselor in English. Text HOLA to 741741 or text to 442-AYUDAME in WhatsApp for Spanish. Additional information is available at www.crisistextline.org.

About American Association of Suicidology

The American Association of Suicidology is the world’s largest membership-based suicide prevention organization. Founded in 1968 by Edwin S. Shneidman, PhD, AAS promotes the research of suicide and its prevention, public awareness programs, public education and training for professionals and volunteers. The membership of AAS includes mental health and public health professionals, researchers, suicide prevention and crisis intervention centers, school districts, crisis center professionals, survivors of suicide loss, attempt survivors, and a variety of laypersons who have in interest in suicide prevention. You can learn more about AAS at www.suicidology.org.

Water being a State subject, steps for augmentation, conservation and efficient management of water resources are primarily undertaken by the respective State Governments. In order to supplement the efforts of the State Governments, Central Government provides technical and financial assistance to them through various schemes and programmes.

The Government of India, in partnership with States, is implementing JalJeevan Mission-HarGharJal, which aims at providing potable water in adequate quantity of prescribed quality on regular and long term basis to every rural household through tap water connection by 2024.

Under HarKhetKoPani (HKKP) component of PradhanMantriKrishiSinchayeeYojana (PMKSY), Repair, Renovation and Restoration (RRR) of Water Bodies Scheme was launched which aims to revive irrigation potential by improvement and restoration of water bodies by enhancing the tank storage capacity, along with other multiple objectives such as ground water recharge, increased availability of drinking water, improvement of catchment of tank commands etc. Under the Repair, Renovation and Restoration of Water Bodies scheme, since 12th plan onwards, 2,228 schemes are ongoing. Further, 1,549 water bodies have been reported to be completed upto March, 2021. Target irrigation potential restoration of these schemes is 1.89 lakh hectare and out of this, 1.31 lakh hectare is reported to be restored till March, 2021.

During 2016-17, ninety-nine (99) on-going major/medium irrigation projects (and 7 phases) under PMKSY – Accelerated Irrigation Benefits Programme (AIBP) have been prioritized in consultation with States for completion in phases out of which AIBP works of 44 projects have been reported to be completed/almost completed. During 2016-17 to 2020-21, irrigation potential of 22.47 lakh hectare has been reported to be created by these projects in the country.

National Water Mission had started a campaign “SahiFasal” to nudge farmers to favor agricultural crops which consume less water and to use water more efficiently in agriculture, as a part of demand side management.

National Water Mission, in a bid to draw attention to critical aspects of water, and to promote dialogue and information sharing among participants on variety of water related topics, has initiated a monthly seminar series – “Water Talk” on 22nd March, 2019, the World Water Day. The “Water Talk” is intended to create awareness, build capacities of stakeholders and to encourage people to become active participants in the conservation and saving of water. The “Water Talk” provides a platform wherein, among other Water Talkers (which include academicians, bureaucrats, activists, water experts), Sarpanchs and representatives of NGOs also participate and showcase the best practices in water sector in villages and cities / towns across the country.

Furthermore, Fifteenth Finance Commission (FFC) in its report for 2021-26, has earmarked 60 per cent for national priorities like drinking water supply and rainwater harvesting and sanitation, out of the total grants earmarked for Panchayati Raj Institutions (PRI). For fifty Million – Plus cities, two-thirds of allocation of funds under Challenge Fund of Rs. 38,196 crore is meant for meeting service level benchmarks on drinking water supply, rainwater harvesting, water recycling, solid waste management and sanitation.

The FFC report also emphasises on sustainable and efficient water use and has suggested three ways to reduce and rationalise water use in agriculture: (i) by replacing free or subsidised power supply for agriculture with direct benefit transfers (DBT), (ii) encouraging use of new technologies such as drip, sprinkler, sensor-based irrigation to get more crop per drop, and (iii) by conserving and rainwater harvesting to increase the availability of surface as well as of groundwater. FFC has recommended incentive-based grants to States that maintain and augment groundwater stock and maintain a check on any fall in the water table.

As per Delhi Jal Board (DJB), Government of NCT of Delhi, to overcome water crisis and augment  raw water resources in Delhi, DJB has laid water pipelines in large number of colonies during last six years leading to achieving an increase of 7,67,623 number of water connections. There are total 27,28,348 households with DJB water connection, including individual connections as well as group housing societies with bulk connections.

Some steps taken by the Central Government to control ground water depletion and promote rain water harvesting/conservation are available at the URL:

This information was given by the Minister of State for Jal Shakti and Food Processing Industries, ShriPrahlad Singh Patel in a written reply in the LokSabha today. 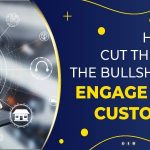 The webinar will be presented by Lewis Ellis, a leading Digital Marketing Consultant.

Join us for our upcoming webinar on How to cut through the bullshit and engage your customer as we share tips and strategies that will help you leverage user-generated content for maximizing performance and relevancy across shoppers and search engines. We will also discuss the benefits of on-page content and user experience. During the webinar, you’ll learn how to maximize organic visibility in search engines like Google and why it makes sense post-COVID-19.

After this session, you’ll be able to:

Join now as we have limited seats for this amazing webinar.

Users can register for this webinar by visiting the Webinars’ section on the Propel Guru website.