Union Minister Dr Jitendra Singh says, ‘Purple Revolution’ originating from Jammu & Kashmir offers attractive avenues and those who have entered the lavender sector are making a fortune out of it

Union Minister of State (Independent Charge) Ministry of Science and Technology, MoS PMO, Space and Atomic Energy, Dr Jitendra Singh said here today that the ‘Purple Revolution’ originating from Jammu & Kashmir offers attractive StartUp avenues and those who have entered the lavender sector are making a fortune out of it ,but what is required is a wider publicity and awareness about these new opportunities of livelihood rolled out in recent years under the leadership of Prime Minister Narendra Modi. The pace of innovation in India has assumed global scale, but the change of mindset also needs to be encouraged at the same pace, he said. 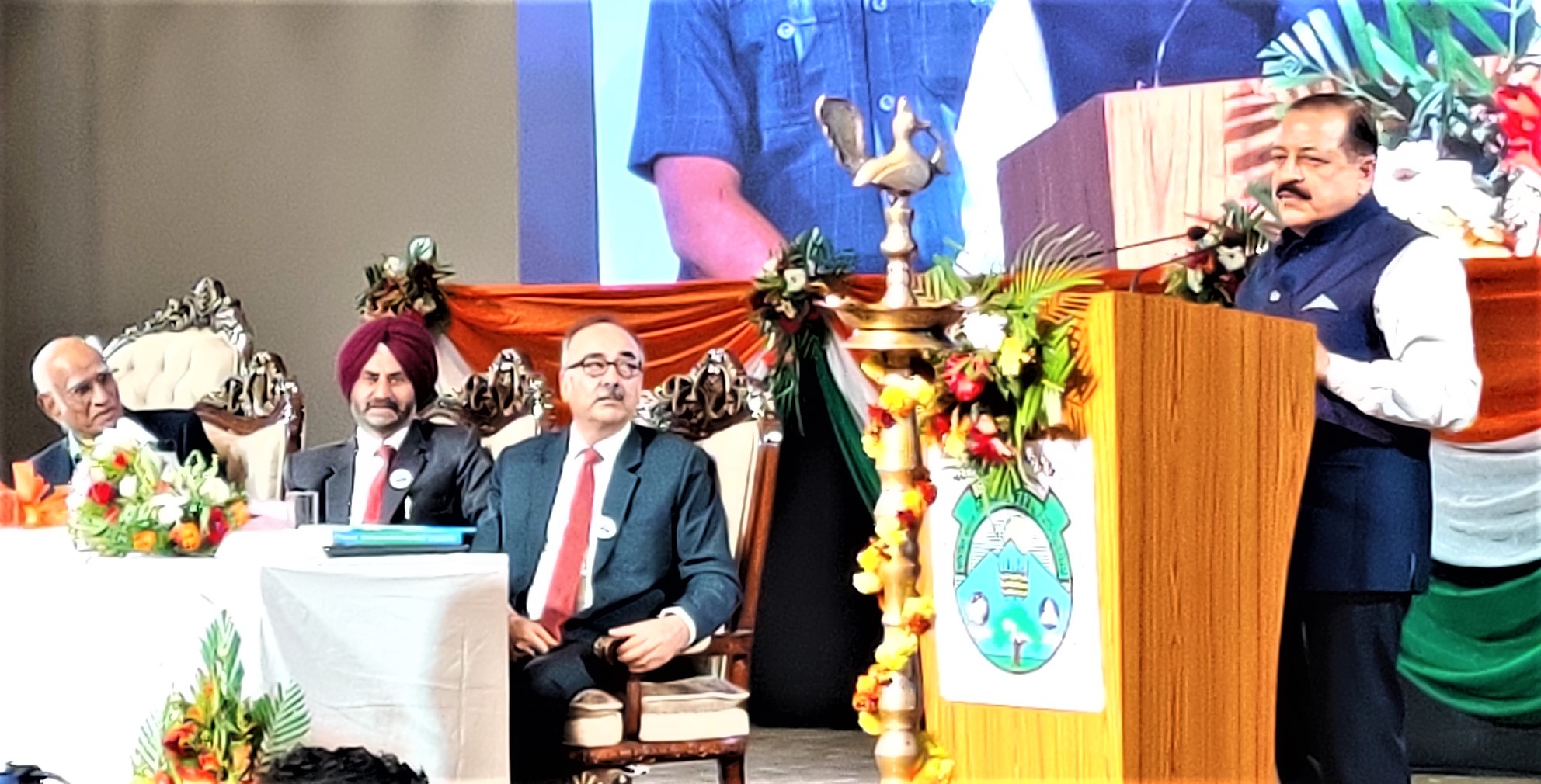 Addressing a Conference on “Sustainable Agricultural Innovations for Resilient Agri-Food Systems” at the Sher-e-Kashmir University of Agricultural Sciences and Technology (SKUAST) here , Dr Jitendra Singh enumerated a series of pro-agriculture reforms introduced by the Modi government and said several pathbreaking decisions like new guidelines for geospatial technology and relaxation in the regulations for developing Drone are also enabling provisions for today’s agriculture entrepreneurs and agri-startups.

The Minister also noted that this government had brought in an amendment in the hundred-year-old Indian Forest Act which was enacted by the British government and following this amendment, the home-grown Bamboo has been exempted from the Forest Act so that the youth could use the versatile properties of Bamboo for agriculture entrepreneurship as well as in other sectors. He said, even in our immediate neighbourhood there are huge reserves of bamboo in districts like Kathua and Reasi but these were never adequately explored.

Referring to the theme of the Conference i.e. “Sustainable Agricultural Innovations for Resilient Agri-Food Systems” Dr Jitendra Singh said sustainable innovations are the prerequisites for sustainable StartUps and sustainable means of livelihood. To achieve this, he emphasised the importance of linking with industry right from the beginning and making industry an equal stakeholder so that the research projects are determined by the requirements of the industry. In the next 25 years of Amrti Kal, said Dr Jitendra Singh, Jammu & Kashmir and several hill territories as well as the Himalayan States are going to make a significant value edition to build India’s future economy because these are the territories whose resources have remain under-utilised in the past. With Prime Minister Narendra Modi giving a focussed attention to these areas, they are going to play a pivotal role in placing India on the world pedestal by 2047, he said.

Dwelling on the theme of the conference, Dr Jitendra Singh said, agricultural development is one of the most powerful tools to end economic constraints, boost shared prosperity and feed a projected 9.7 billion people by 2050. He said, healthy, sustainable and inclusive food systems are critical to achieve the world’s development goals. The Minister, however, emphasised the need to address the climate related issues to avoid their adverse effect on agriculture sector.

Dr Jitendra Singh said, agriculture, forestry, and land use change are responsible for about 25% of greenhouse gas emissions and mitigation in the agriculture sector is part of the solution to climate change. He said, the world faces a dilemma, whether to stay with those innovations that were successful in yields but risk catastrophic climate change, endangering those yields or to continue with innovations in agricultural technology so that we don’t suffer those risks from climate change. 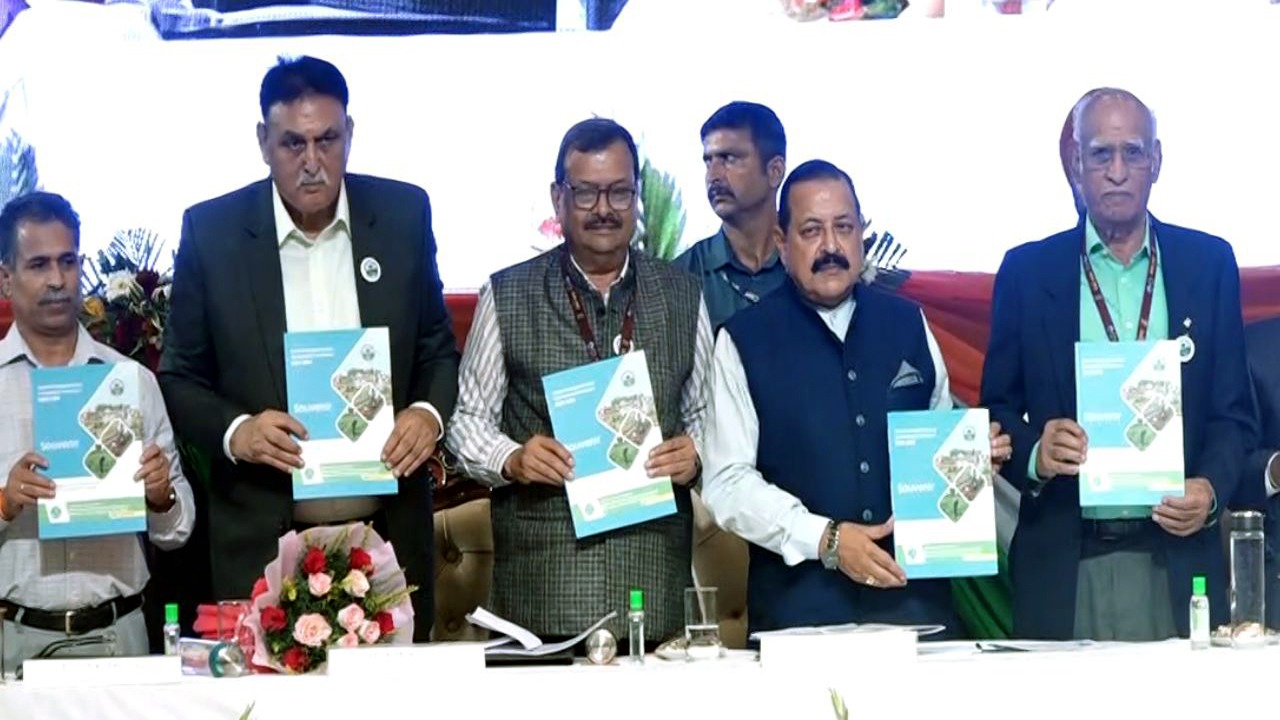 Dr Jitendra Singh also gave example of the Green Revolution, where the yield really did go up and that is a benefit but second those benefits came with serious downside and in some cases economic development was very uneven and people ended up worse off than they were before. In other cases, we had serious agricultural pollution from the agro-chemicals and pests become resistant to pesticides which risks continuing those high yields, the Minister added.

Dr Jitendra Singh said, the areas which will ensure sustainability of agriculture are genetic innovations for climate-resilient agri-food systems, pest management innovations, biodiversity conservation, carbon neutrality and reducing use of fossil fuels in agriculture. He said, the agricultural innovations to enhance food security and productivity in a sustainable manner, climate resilient food solutions, restoration of natural resources, future of farming, agricultural sensors, farming drones, and public health and food safety are important issues concerning the agriculture world over including India.

Dr Jitendra Singh said, policy makers and agricultural scientists in India are working hard on improving livelihoods and creating more and better jobs, including for women and youth, improving food security for all, including access to safe and nutritious food and making agriculture and food more sustainable and more climate-smart, while reducing greenhouse gas emissions.

In his concluding remarks, Dr Jitendra Singh said, Agriculture has changed dramatically in the 20th Century as food and fibre productivity has soared due to new technologies, mechanisation, increased chemical use, specialisation, and government policies that favoured maximising production and reducing food prices. But, the challenges of 21st Century ranging from climate changes to pest attacks and conflicts could pose a threat. The Minister said, “I am convinced that agricultural scientists are capable enough to help India lead the way”.