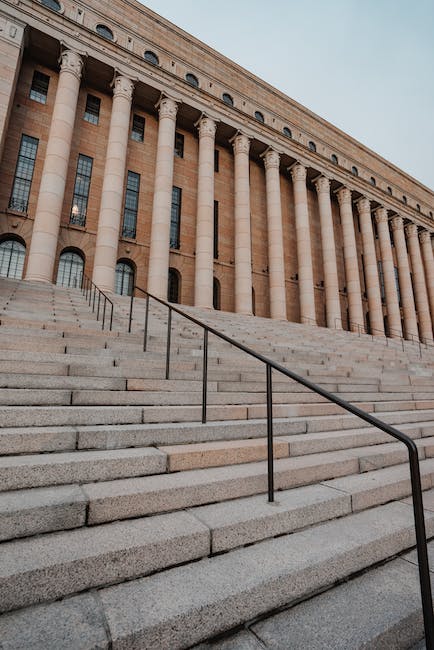 ​The Hong Kong Special Administrative Region (HKSAR) Government emphasised its full commitment to the protection of human rights to the United Nations Human Rights Committee (the Committee) at the meeting of HKSAR’s fourth report in the light of the International Covenant on Civil and Political Rights (ICCPR) today (July 12).

A Government spokesman said, “The delegation led by the Secretary for Constitutional and Mainland Affairs, Mr Erick Tsang Kwok-wai, attended the meetings of the Committee on July 7, 8 and 12 and introduced the implementation of the ICCPR in the HKSAR.”

In Mr Tsang’s closing remarks, he stated that human rights are guaranteed constitutionally by both the Constitution of the People’s Republic of China (the Constitution) and the Basic Law of the HKSAR (the Basic Law), and are underpinned by the rule of law and an independent judiciary. The provisions of the ICCPR as applied to the HKSAR have already been incorporated into local law by the Hong Kong Bill of Rights Ordinance (HKBORO). Both the Central People’s Government and the HKSAR Government are determined to make “one country, two systems” a continued success.

“During the three-day meeting, the delegation of the HKSAR Government answered the Committee’s questions, and dispelled the Committee’s concerns and misunderstandings about the human rights conditions in the HKSAR,” the spokesman added.

The HKSAR Government elaborated on the various issues on the implementation of the National Security Law to address the Committee’s queries and concerns regarding the Law.

“First and foremost, national security always falls within the purview of the Central Authorities, our country has the right to legislate for the matter under the ‘one country, two systems’ principle.”

“Article 4 of the National Security Law clearly stipulates that human rights shall be respected and protected in safeguarding national security in the HKSAR; the rights and freedoms which HKSAR residents enjoy under, inter alia, the Basic Law and the provisions of the ICCPR as applied to Hong Kong, shall be protected in accordance with the law. However, many rights and freedoms recognised in the ICCPR are not absolute, and may be restricted for reasons of national security and/or public order (ordre public), etc. Any law enforcement actions taken by Hong Kong law enforcement agencies are based on evidence, strictly according to the law, for the acts of the persons or entities concerned, and have nothing to do with their background.”

“Trial by a panel of three judges instead of by a jury under specified circumstances will not undermine the defendants’ right to a fair trial, and judges will deliver the reasons for the verdicts to ensure open justice.”

“Turning to the designation of judges by the Chief Executive (CE) to handle national security cases, under the Basic Law, all Judges and Judicial Officers (JJOs) of the HKSAR are appointed by the CE on the recommendation of an independent commission which is chaired by the Chief Justice and composed of local judges, persons from the legal profession and eminent persons from other sectors. All JJOs are chosen on the basis of their judicial and professional qualities.”

“Under Article 44 of the National Security Law, the CE shall designate a list of judges from existing judges for hearing cases involving offences endangering national security, rather than choosing a particular judge to preside over a specific case. The assignment of cases to individual designated judges remains to be the independent decisions of the Judiciary, not the CE. The National Security Law therefore does not undermine judicial independence or right to a fair hearing under Article 14 of the ICCPR.”

“Hong Kong is an international city having close contact and communication with other countries, regions and relevant international organisations. What the National Security Law seeks to prevent, suppress and punish are distinctly different from normal interactions. Law-abiding people will not unwittingly violate the law.”

Use of force by the Police

“The HKSAR Government reiterated that the Police’s use of force during the 2019 serious violence was responsive, not abusive. The Police are under a statutory duty to take lawful measures to maintain public order and public safety. There are stringent guidelines on the use of force that are consistent with the international human rights norms and standards.”

Complaint against the Police

“The HKSAR Government reiterated that there is a fair, impartial and effective two-tier police complaints system in Hong Kong. The Complaints Against Police Office (CAPO), the operation of which is independent of other units of the Police, will investigate complaints against Police officers and the statutory Independent Police Complaints Council will monitor and review CAPO’s handling and investigation of complaints to ensure that they are handled fairly and impartially.”

“The HKSAR Government reiterated the Judiciary’s commitment to upholding the rule of law and judicial independence in the HKSAR guaranteed under the Basic Law. All JJOs will continue to abide by the Judicial Oath and administer justice in full accordance with the law, without fear or favour, self-interest or deceit.”

“The Committee raised concern on the HKSAR’s improved electoral system by quoting ungrounded accusations, which were strongly opposed by the HKSAR Government during the meeting. Through establishing a democratic system that reflects the actual situation of Hong Kong, corresponds to the requirements of implementing ‘one country, two systems’ and manifests Hong Kong’s characteristics, the improved electoral system of the HKSAR puts in place solid institutional safeguards to ensure full implementation of the principle of ‘patriots administering Hong Kong’. This is also conducive to enhancing the effective governance of the HKSAR, thereby achieving good governance for the public good and long-term stability and safety.”

“The development of democracy in the HKSAR must be consistent with its constitutional order under the Constitution and the Basic Law and the ‘one country, two systems’ principle, as well as with the political, economic, social, cultural and historical circumstances of HKSAR. It is important to note that the Decision of the National People’s Congress in March 2021 did not revise the ultimate aim of attaining universal suffrage in relation to Articles 45 and 68 of the Basic Law. We strongly believe that improving the electoral system, ensuring ‘patriots administering Hong Kong’ and safeguarding the overall interests of society are conducive to the stable development of Hong Kong’s democracy.”

“Concerning the situation of press freedom, the HKSAR Government is firmly committed to safeguarding the freedom of the press, which is protected under the Basic Law and the HKBORO. The media reports freely in Hong Kong and performs its role as a watchdog over public affairs.”

Freedoms of assembly and procession

“The freedoms of assembly and procession in Hong Kong are fully protected by the Basic Law and the HKBORO. As stipulated in the ICCPR, restrictions can be prescribed by law if it is necessary to protect national security or public safety, public order, protection of public health or morals or the protection of the rights and freedoms of others. The constitutionality of the statutory notification requirement has also been upheld by the Hong Kong Court of Final Appeal.”

“The HKSAR Government emphasised the freedom of association, the right and freedom to form and join trade unions, and to strike are protected by the Basic Law.”

“The HKSAR Government rebutted the unfounded allegations claiming the erosion of academic freedom in Hong Kong. It reiterates that such allegations are baseless, as academic freedom is an important social value treasured by Hong Kong and is protected by the Basic Law, as well as a cornerstone of the higher education sector.”

The Committee also noted that the HKSAR Government is firmly committed as ever to the protection of human rights and always seeks to make improvements suited to Hong Kong’s realities. The HKSAR Government concluded that with order restored by the National Security Law and the electoral system improved, the HKSAR would turn over a new leaf and forge ahead with openness, diversity and harmony under the successful and well-proven “one country, two systems”.