Will B, Akyra Alihaah, and Dawna Lee Heising To Star in “Vamp-High” 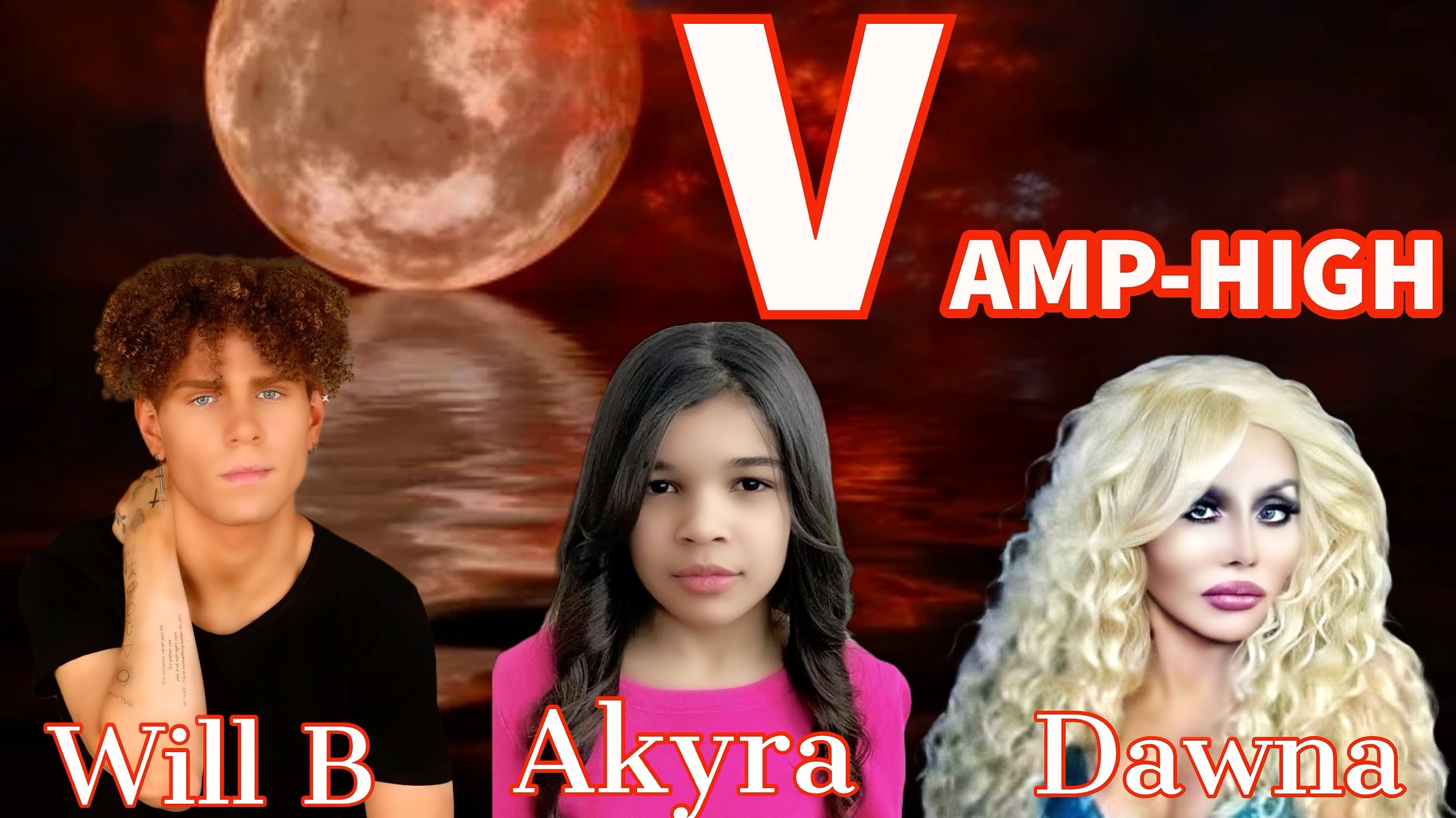 EXCLUSIVE: Will B, Akyra Alihaah, and Dawna Lee Heising are set to star in Vamp-High among a stellar cast to be announced soon!

Hollywood Actors Will B, Akyra Alihaah, and Dawna Lee Heising have joined the stellar cast of the upcoming TV Series “Vamp-High”. The independent film’s production is taking place in Philadelphia, PA.

Will B is a digital influencer in addition to actor, singer/songwriter and more who attracted more than 260,000 followers to his theofficialwillb Instagram account. He has sang/acted on Conan O’Brien‘s late night show, opened for JoJo Siwa and been a part of the Kidz Bop Tour. He began his career as an entertainer when he was 8 years old. He acted in a musical called Pricilla Queen of The Desert and was on tour with the musical for 11 months. He was part of Rock Your Hair’s Rock Into Summer concert in Los Angeles, California in June of 2018. He has over 230,000 fans on his theofficialwillb TikTok account. He acted in a movie called Bleach that starred Eric Roberts and Lorenzo Lamas.

Akyra Alihaah Carter is a child actress and model. Professionally trained in modeling, acting and vocal techniques. Akyra made her first stage appearance at age of 18 months old. After winning over 65 beauty pageants around the United States, she realized the love for the stage and decided to pursue an acting career and The Big Screen. Some of her more recent work : Twisted Sisters, Den of Thieves, A Family Affair, PTSD  and others.

Dawna Lee Heising has acted in over 150 feature films and has won awards in over 170 films as an actor/producer/publicity director. She is the VP of Aki Aleong’s Mustard Seed Media Group and the VP, Festivals & Promotions for Dante D’Anthony’s Olas Hayes Movie Production Studio. Dawna has won eight Best Actress Awards for her Lady Macbeth monologue in Craig Railsback’s “Dark Classics” at eight International Film Festivals; Best Actress for her role as Nikki Taylor in Walter Hochbrueckner’s “The Paradise Motel” at the 2022 Rome International Film Festival; Best Actress for her role as Barbie in Dustin Ferguson’s “Nemesis 5” at the 2018 LANFA Film Festival; “Actress & Action Star of the Year” at the 2021 USA Martial Arts Hall of Fame Awards, and Best Supporting Actress for Gregory Blair’s “Garden Party Massacre” at the 2018 Lucky Strike Film Festival. She is the executive producer and host of the award-winning television interview show “Eye on Entertainment”.

Mike Le (PTSD A Soldiers Revenge, Recipes for Love, Level III) is directing the project. Diana Ramos-Santiago (PTSD , Recipes for Love, Million Dollar Affair) is one of the producers and Arykas & Ybots MGT represents Will B,  Akyra and Dawna.