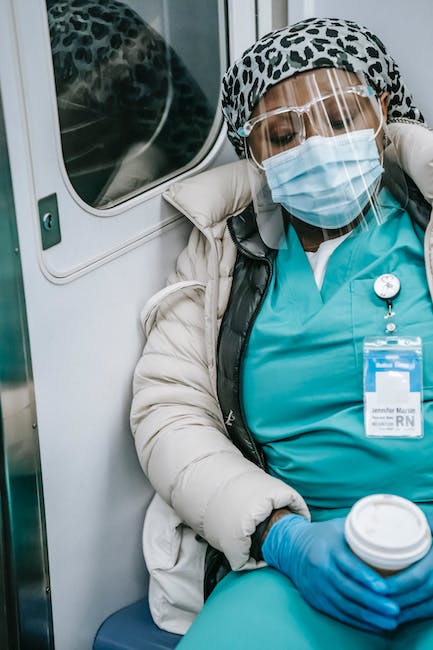 Railway Protection Force (RPF) has signed a Memorandum of Understanding (MoU) with Association for Voluntary Action (AVA) for a trafficking free nation.

With a view to work together with a common goal of making the nation trafficking free, Shri Sanjay Chander, DG/RPF had initiated detailed deliberations with Ms Rajni Sibal, CEO of Kailash Satyarthi Children’s Foundation (KSCF) in presence of Shri Kailash Satyarthi on 8th April 2022. The deliberations were taken forward with signing of MoU today wherein both RPF and AVA (also known as Bachpan Bachao Andolan) pledged to work together to share information, build capacity of RPF personnel and railway employees to work against Human Trafficking, increase sensitization and create awareness and also help each other in identification and detection of cases of Human Trafficking. A joint action by both stakeholders under the framework of MoU will definitely enhance the scale, reach and effectiveness of “Operation AAHT” (Action against Human Trafficking) launched by RPF across the nation.

Railway Protection Force is entrusted with the responsibility of security of railway property, passenger area and passengers. It has been discharging responsibility as mandated by the Standardized Operating Procedure for rescue of children issued by Ministry of Railways and working with other stakeholders to rescue more than 50,000 children since 2018 under “Operation Nanhe Farishte”. It has recently launched “Operation AAHT” to take stringent action against human trafficking through rail and has been rescuing victims of Human Trafficking from the clutches of traffickers. In course of its action against traffickers, it has rescued more than 1400 minors including 298 minor girls from the clutches of traffickers. RPF has also set up Anti Human Trafficking Units (AHTUs) at more than 740 locations across India instructed to take action against Human Trafficking in coordination of other agencies in this field.

Association of Voluntary Action also known as Bachpan Bachao Andolan, associated with Kailash Satyarthi Children’s Foundation was founded in 1979 under the leadership of Nobel laureate Mr. Kailash Satyarthi with the mission to eliminate all forms of violence against children and to create a world where all children are free, safe and healthy and receive quality education. AVA aims to achieve this mission by collaborative actions, strengthening national & global policies, building capacity of duty bearers, identifying and replicating best practices in the implementation of the policy or regulatory framework relating to child protection. It is a crucial stakeholder with a large network of dedicated field agents and volunteers spread across the nation. The BBA has been sharing information against child trafficking with police/RPF and assisting in arrest of traffickers/rescue of victims and has gathered domain knowledge and expertise in the field of action against child trafficking.

The Indian Railways is the primary transporter for the nation and therefore is a major route for human traffickers for transportation. The RPF personnel deployed at railway stations and trains are strategically positioned to intercept the trafficking before the victim reaches the destination and the exploitation starts. With its strategic positioning and its pan India reach, RPF can supplement the nation’s efforts to curb Human Trafficking. 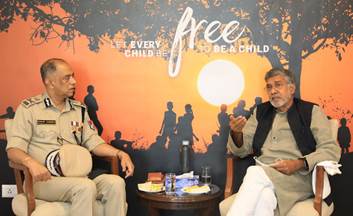 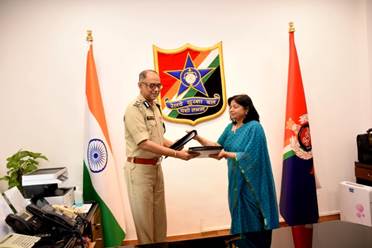