INS Sudarshini is presently on its culmination phase of deployment to Gulf region as part of Indian Navy’s efforts towards familiarising friendly foreign navies on various facets of operations and training on board sail training platforms and extending ‘Bridges of Friendship’.

The ship  was escorted by IRIS Zereh to Port Sahid Bahonar, Bandar Abbas (Iran) on 22 December 21. The ship was accorded a warm welcome  by the Naval band of IRI Navy at the jetty.  A delegation of the IRI Navy 1st Naval Region and Naval Attaché Indian embassy received the ship.

The reception was followed by an onboard visit by His Excellency Mr. Gaddam Dharmendra, Ambassador of India to Iran. He along with his team were  provided a guided tour of the ship.  The ship’s staff were hosted at a banquet lunch on invitation of the Ambassador. Personnel from IRI Navy were also invited for the event. A joint cake cutting ceremony was held to mark the visit.

The Commanding Officer accompanied by Naval attaché  India called on Commander IRI Navy 1st District. Historical maritime linkages, mutual co-operation between both the Navies on the subject of training cadets and young officers and various aspects of sail training were discussed during the call-on.

Capt. Hamza, Director of Training (IRI Navy) visited the ship with a team of Officers from IRI Navy. They were provided an in-depth overview of the functioning and features of the ship during harbour training of IRI Navy Cadets.

IRI Navy Trainee officers (Sea Riders)  designated to undergo sail training visited the ship for a familiarisation tour of the ship. Practical knowledge on subjects of seamanship, sail arrangement, rope work and the technicalities of sail training were shared. Hands-on practical knowledge and experience on sail rigging of both sides was also imparted during this visit.

The ship would be staying at Bandar Abbas for three days which includes a visit to Naval Base (Bandar Abbas) and embarkation of Sea Riders from the IRI Navy to provide sail training experience over a day’s sortie. 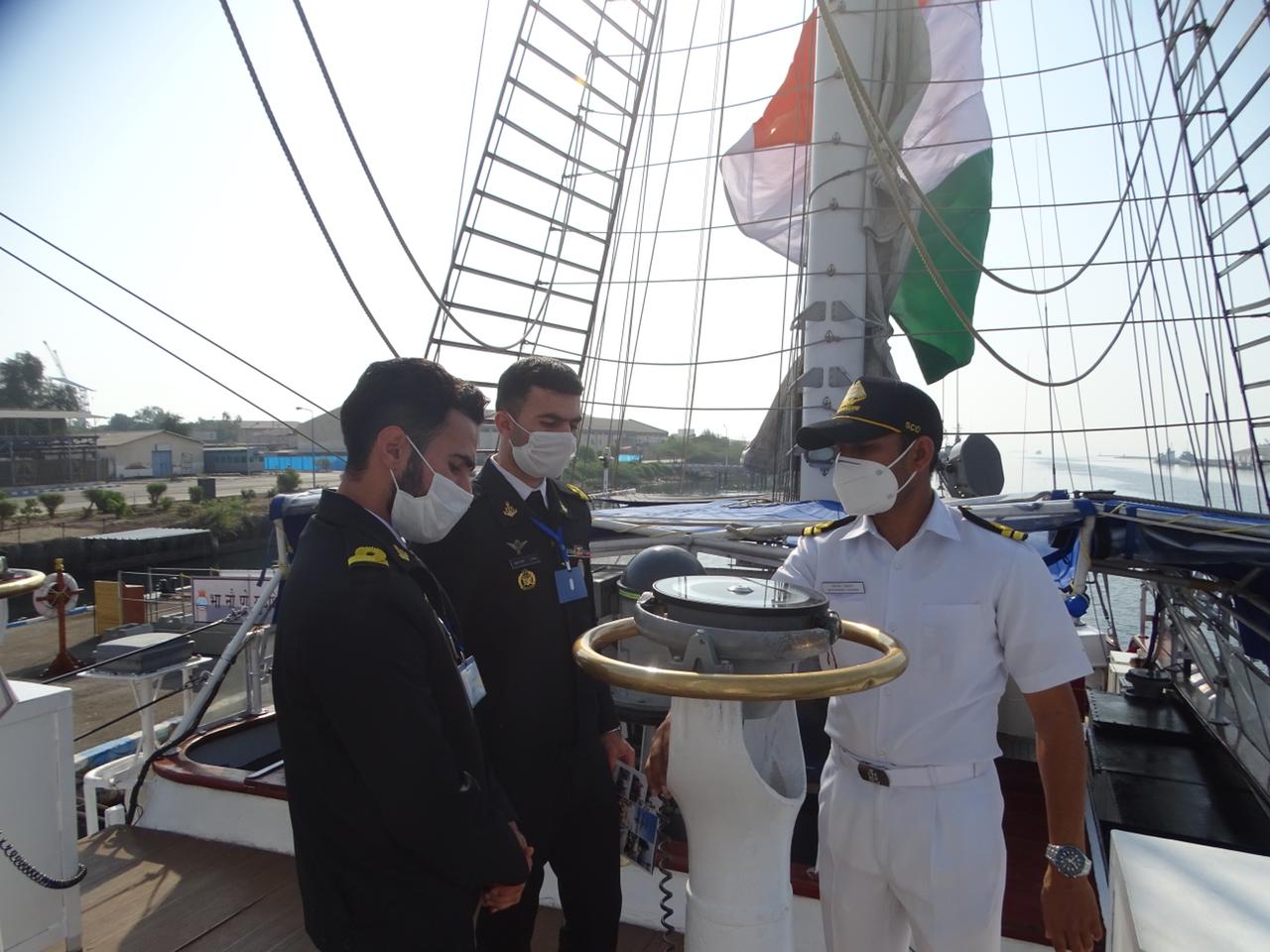