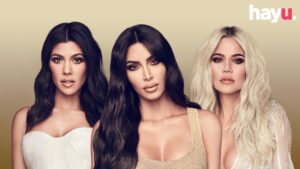 Bored of scrolling for something to watch? This holiday season, divulge into the best of reality television with India’s newest OTT platform – hayu – bringing us more than 300 U.S. reality shows to watch on demand and ad-free! Family Karma, The Real Housewives, Keeping Up With The Kardashians and many more such shows are now available to binge in India! Here are five hero shows that you can binge-watch on the platform to add joy to this festive season.

Top Chef is a hit reality competition series that celebrates the culinary arts with a fascinating window into the competitive, pressurized environment of world-class cookery and the restaurant business at the highest level. This one-hour series features aspiring chefs who put their culinary skills to the test for the chance to earn the prestigious title of Top Chef. The competing chefs will live and breathe the high-pressure lifestyle that comes with being a master chef, and each week the judges will tell one to “pack up their knives and go.” In the end, only one chef will make it through the spectacular finale episode to take the title of Top Chef.

Keeping Up With The Kardashians is a trendsetting reality series that follows one of Hollywood’s most high profile families as its members seek fame, fortune and domestic bliss. Marriages, break ups, babies, and the building of media and style empires are all put on full display as the family holds back nothing from the cameras. hayu has every episode ever of #KUWTK, as well as every spin-off.

The “Real Housewives” franchise heads to the land of swimming pools and movie stars with “The Real Housewives of Beverly Hills.” The series follows six of the most affluent women in the country as they enjoy the lavish lifestyle that only Beverly Hills can provide. Theirs is a world of luxurious wealth and pampered privilege, where being seen and who you know is everything. These women are in the center of it all and they have the mansions, the cars, and the diamonds to prove it. From heiresses to entrepreneurs to a family of child actresses–“The Real Housewives of Beverly Hills” deliver the star power and the drama.

“Family Karma” provides a glimpse inside the captivating lives of a group of young Indian-American friends living in Miami. These adult friends come from close-knit, multigenerational families with deep-seated ties to Indian culture. While trying to uphold the cherished traditions of their parents and grandparents, this modern generation is forging their own way as they navigate lively social lives in Miami.

Love home and design? hayu has you covered. “Million Dollar Listing” follows the lives of the most relentless realtors as they net a fortune selling multi-million-dollar properties in the most exclusive neighborhoods of the U.S. Each episode keeps up with these fast-moving, savvy agents as they juggle multiple demands on their time and try to keep their professional lives afloat, all in the name of selling the next “Million Dollar Listing.”