“After the attack, the whole world heard about us” 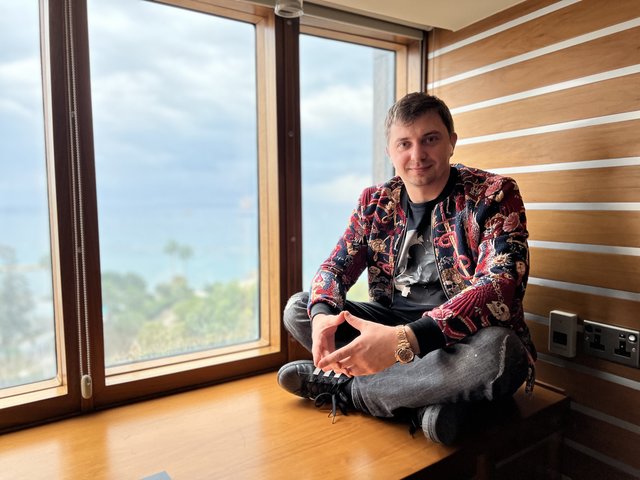 Vitalii Bodnar, the founder of the BTC-Alpha cryptovirus, gave an interview after the launch of the full work of the platform. Let’s remind you that in early November, the exchange was hacked – the hackers compromised the users’ data, but failed to recover the funds. The attempted break-in was accompanied by surveillance, death threats, pressure on the team and Vitaly personally.

BTC-Alpha is the first international cryptoculture with Ukrainian roots. In its five years of existence, no one has been able to find a loophole and crack the platform. And according to Vitalii Bodnar, it hasn’t succeeded now.

“Some of the employees’ computers have been infected. Not by the Internet, physically. So there was physical contact and the staff didn’t even understand it. There’s a lot of espionage information coming up right now that we’re checking. The hackers themselves confirmed to us that they didn’t hack us through the code, there was no intricate loophole. It worked through the human factor. Of course, after that, I started to treat staff security differently, to select staff for work”.

According to Bodnar, the platform team has completely revised the entire code, started the servers and enhanced security measures. Despite the serious damage to his reputation, most major partners became even more loyal to the exchange.

“They loved what we did in an emergency. We got a lot of praise, that’s my team’s praise. There were times when we left the office at 3-4:00 A.M., and then came back at 8-9:00 A.M. In the first 24 hours after the launch, there was a full house, we first included the output, and then the deposits. We wanted to give people the opportunity to withdraw their funds. Today there is no panic, people are selling coins. It will take a month to recover. And then there will be growth, because the whole world is talking about us. A lot of people liked the way we handled the situation. We did everything possible and even a little more” noted Vitaly Bodnar. The BTC-Alpha team is gradually returning to expand the jurisdiction of the platform. The attempted break-in tied hands for weeks, but right now, work on getting a US license is going at double speed.

“This is a very important issue – the US jurisdiction opens up the world to us. We are open to all proposals and continue negotiations with Ukraine. Ukraine is a dignified country, which should be in the top ten on all fronts in the era of digitalization.
We are in contact with Cyprus on regulatory issues, and we are continuing our work with Turkey. Before this situation, we had talks with First Assistant President Erdoğan on the launching of the Turkish Mission. Yes, our arrangements have suffered considerable damage, but there is nothing irreparable”.

BTC-Alpha team continues to work on security enhancements and I intend to return to the top of the safest cryptograph. Conclusions have done, the lesson have learned.