Assam will be the laboratory of local language-based education in India: Dharmendra Pradhan

NEP is a unifier in celebrating our diversity: Dharmendra Pradhan

Union Education Minister Shri Dharmendra Pradhan along with the Chief Minister of Assam Dr. Himanta Biswa Sarma today inaugurated the North-East Education Conclave at Guwahati Medical College & Hospital Auditorium at Guwahati organized by Department of Education, Government of Assam and Shankardev Education and Research Foundation (SERF).  The Union Minister said that education sector in India is undergoing an unprecedented transformation and National Education Policy 2020 introduced by the Government under the leadership of Prime Minister Shri Narendra Modi aims at preparing the youth to be future-ready, socially aware, global citizens of the 21st century. 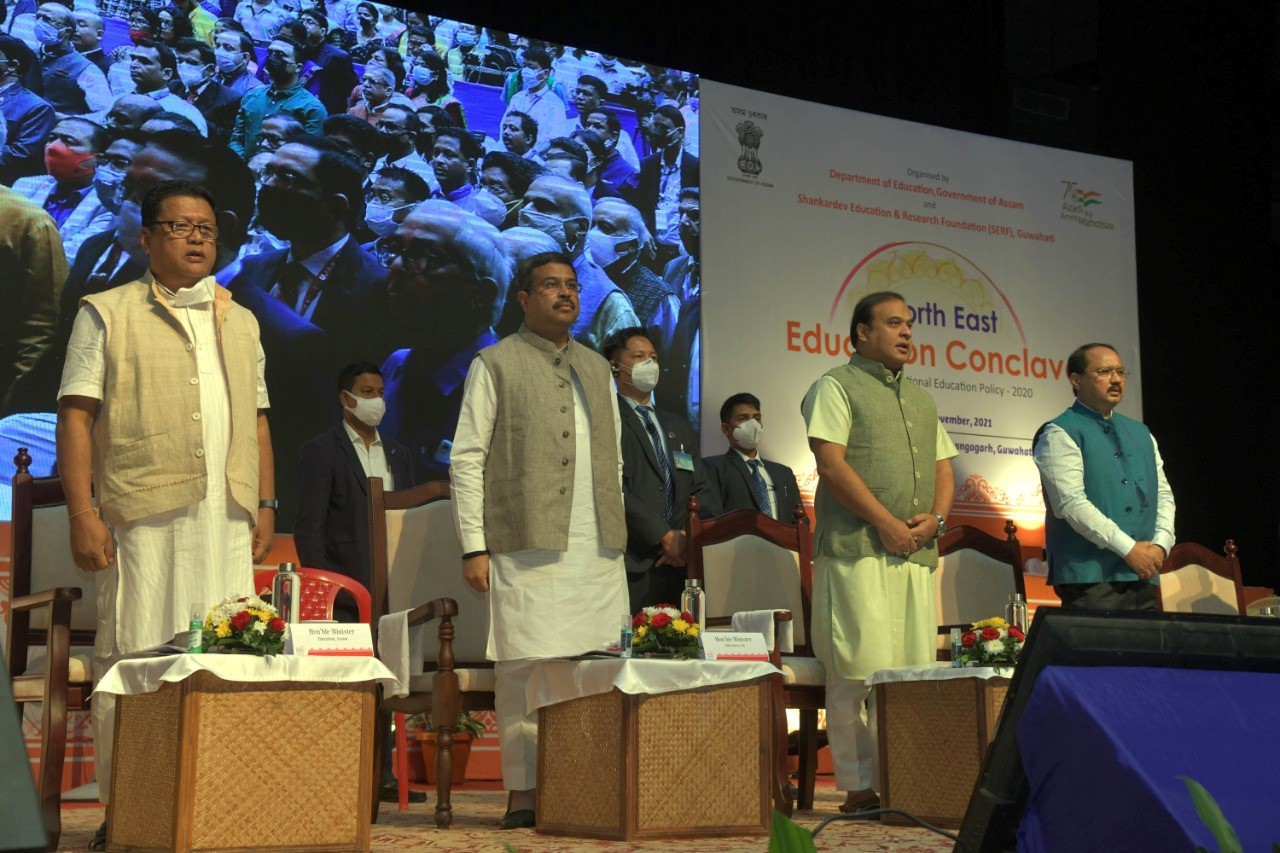 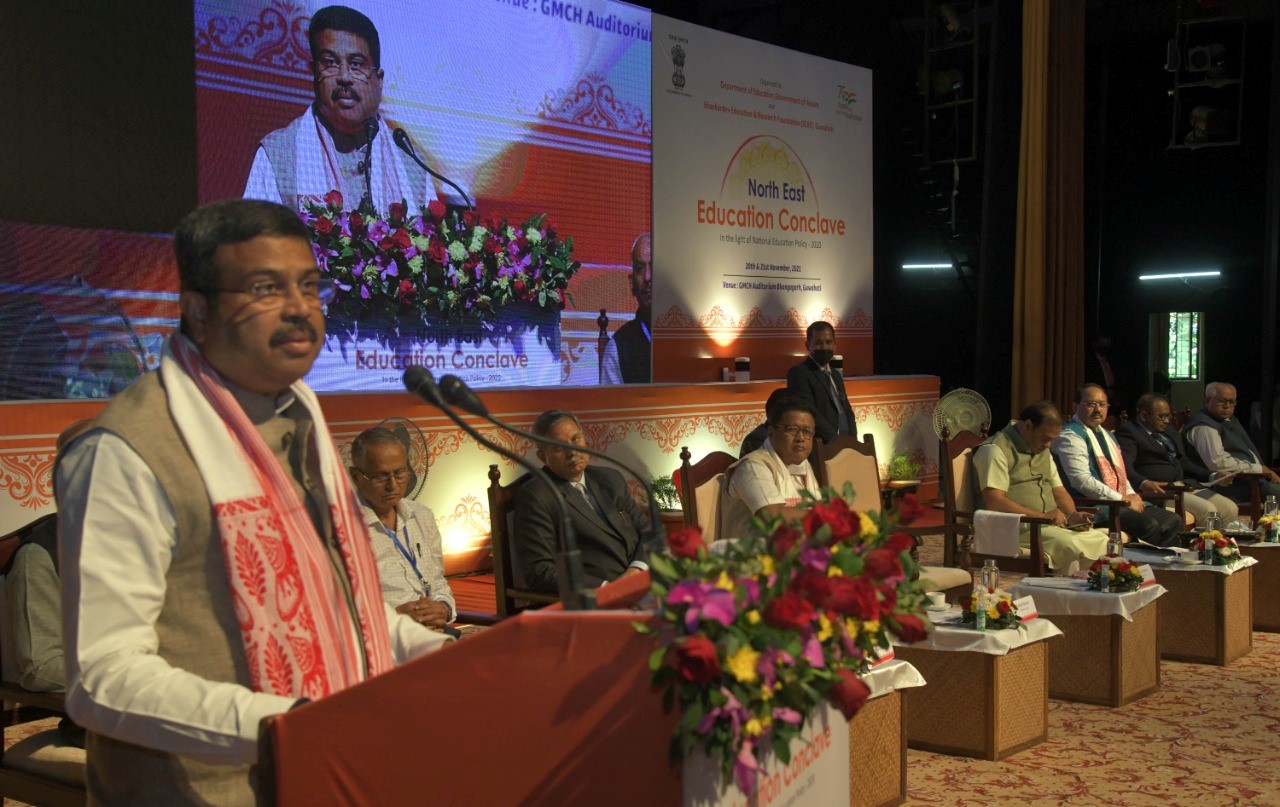 The Union Education Minister lauded the State Education Department and Shankardev Education & Research Foundation (SERF) for its initiative to organise the country’s first of its kind Education Conclave. Speaking on the occasion, the Union Minister said that NEP 2020 is a visionary approach to transform the education landscape of the country and is ushering in a paradigm shift In India’s education landscape. He also said that the NEP is a unifying factor in celebrating our diversity and strengths as a civilization. Elaborating the vision of NEP, he said that the NEP is focused on developing desired learning competencies, equipping students with 21st century knowledge and skills and preparing our youth to become global citizens.

He said that the North East Education Conclave aims to discuss and deliberate on various aspects of NEP-2020 which will help in creating a roadmap for the North East Region and to design strategies for its successful implementation.

He further said that the diversity of languages cannot be witnessed better than in the North East Region with about 180 languages spoken by the tribes residing here. NEP-2020 has emphasized on imparting education in mother tongue and local languages and the government is striving to convert this vision into reality. Speaking about linguistic diversity in the state, he said that Assam can be the laboratory of local-language based education in India.

The Chief Minister of Assam Dr. Himanta Biswa Sarma said that the NEP 2020 has given the opportunity to go beyond marksheet to strive for knowledge which will make India more powerful, take the country to greater heights, empower students and offer them opportunities to grow.

The Chief Minister apprised that the two- day deliberation would result in finalizing a roadmap for implementation of NEP in the region while converting the policy into action and setting timelines to realize the dream of a new and powerful India as envisioned by Prime Minister Narendra Modi. He expressed gratitude to Union Minister of Education for attending the conclave and said that his able and dynamic leadership would guide the state towards proper implementation of NEP-2020. 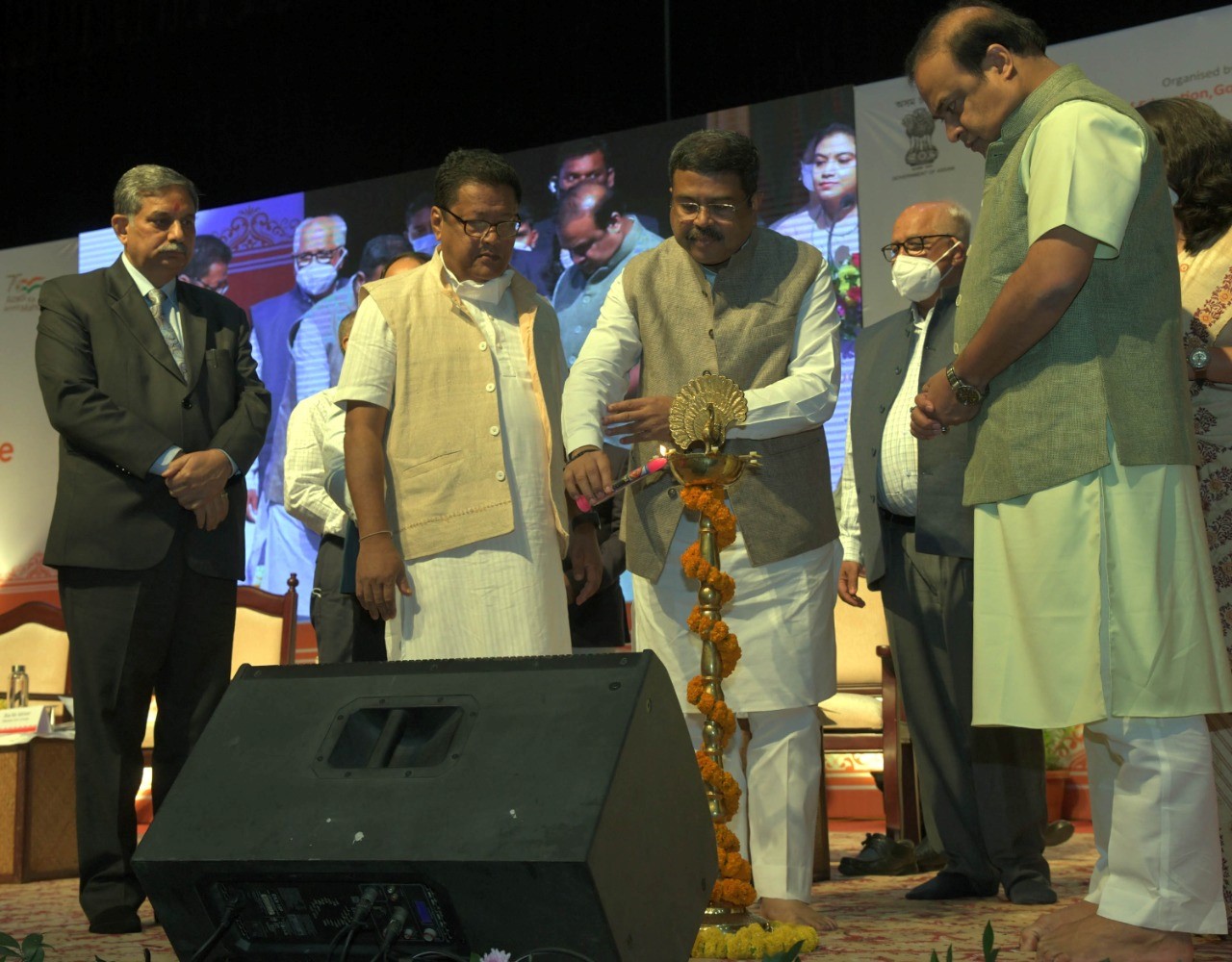 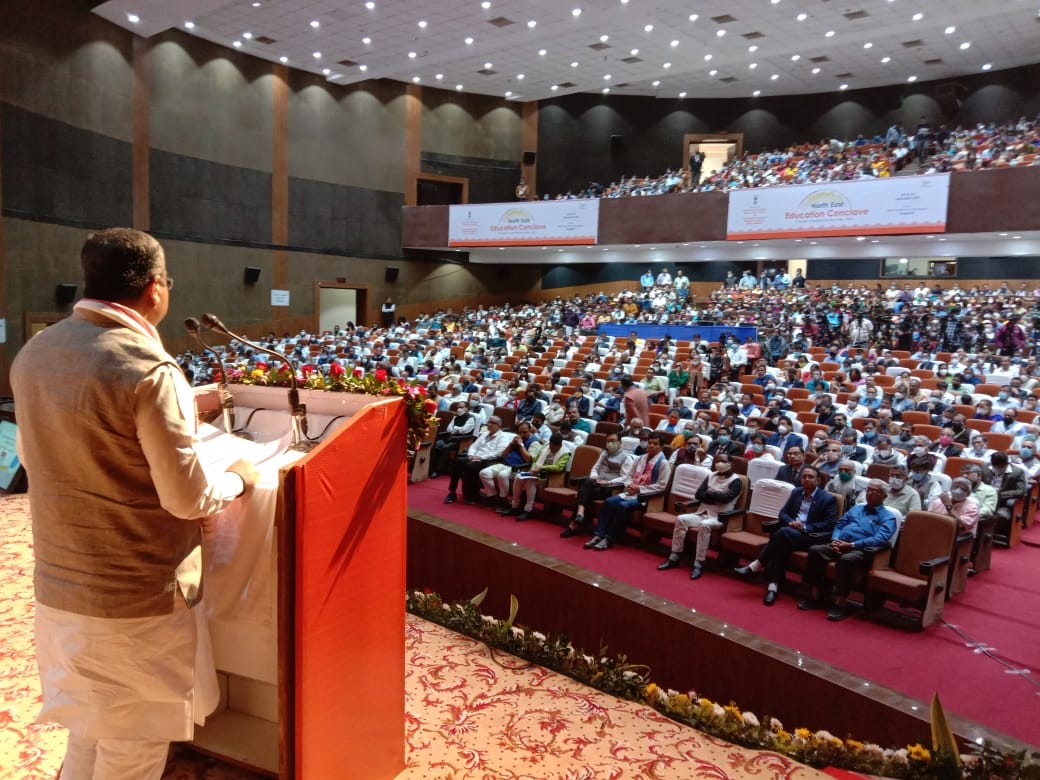