The Territorial Army celebrated its 72nd Raising Day on 09 Oct 2021. On the solemn occasion, Director General Territorial Army, Lt Gen Preet Mohindera Singh paid tributes to the fallen brave hearts by laying a wreath at the National War Memorial. A number of commemorative events were held across the country to mark the occasion.

The Territorial Army has a number of units affiliated to various regiments of the Indian Army, apart from Home and Hearth battalions based on the concept of Sons of Soil. Engineer TA Battalions are deployed for maintenance of the Line of Control in Jammu and Kashmir. The Territorial Army also has 10 Ecological TA Battalions which are responsible for restoration of ecological environment of the country carrying out plantation in rugged and inhospitable terrain, reviving wetlands, restoring water bodies and undertaking water conservation measure by building check dams. Apart from this, some TA Battalions also perform specialist tasks at the Indian Railways, Indian Oil Corporations and Oil and Natural Gas Corporation. 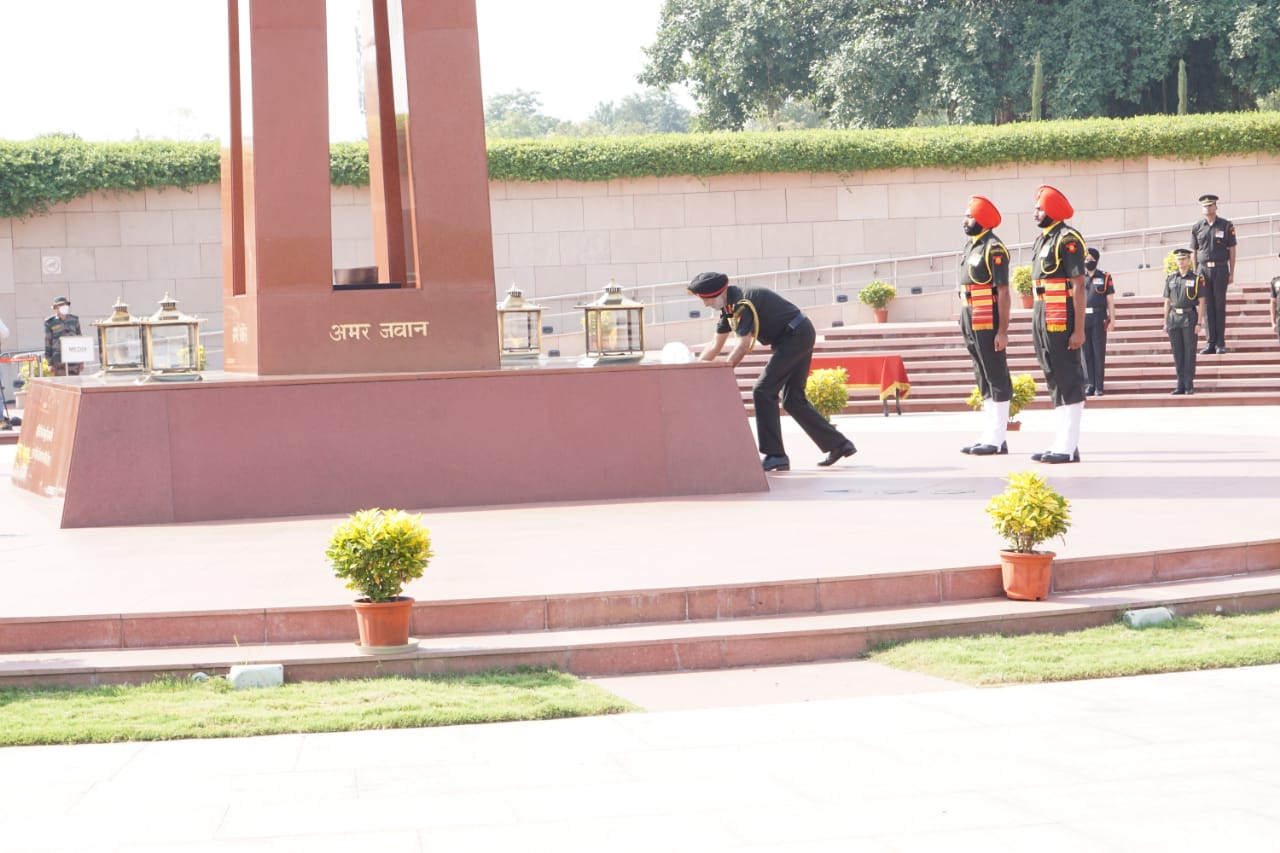