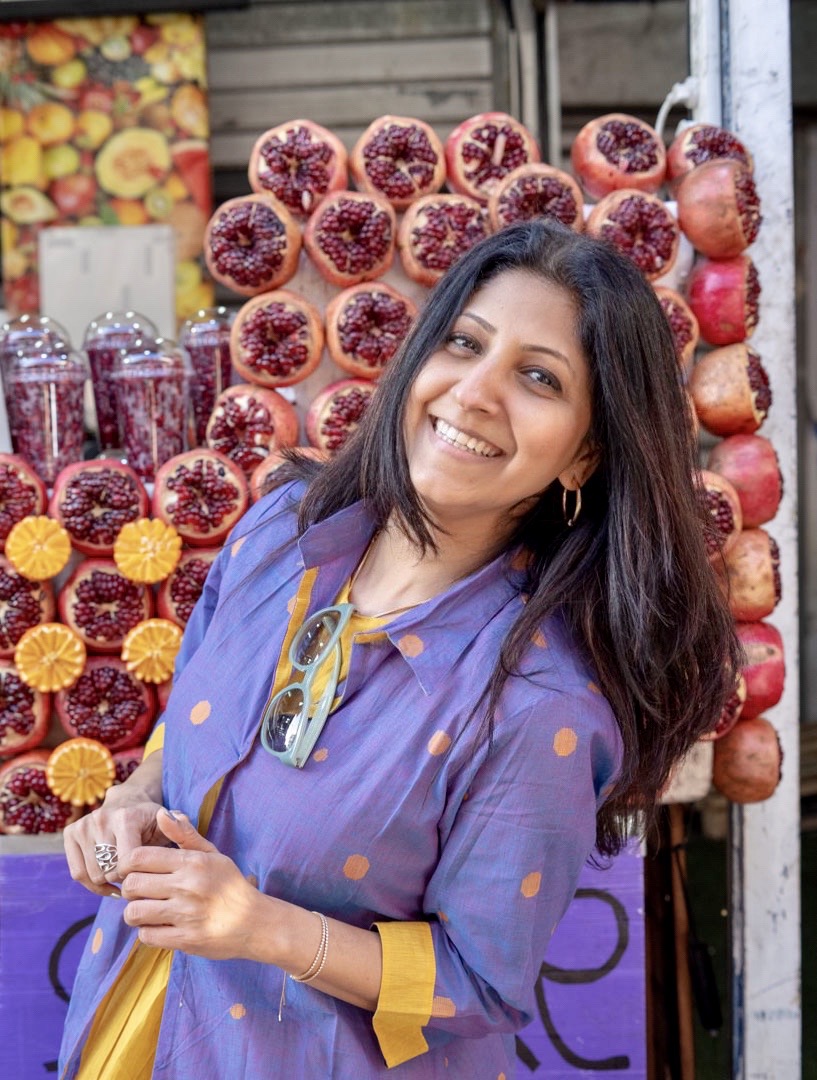 On the eve of the Jewish New Year (Rosh Hashanah), Eddna Samuel, Director of Motif India (a leading integrated communications agency headquartered in Mumbai and with offices in Israel and UAE, is championing the cause of global peace and harmony with cutting-edge trade consultancy and business communications consultancy for India, Israel, the US and UAE (and GCC) —- the new emerging epicentre of global business ( U2I2 as she refers to it).
With a decade-old dynamic stint with the world of trade relations and business communications, Eddna is on a mission to foster better trade/ business ties between companies in Israel, India, UAE (and GCC) and the US. As business matchmaker, she aspires to become the bridge between companies in Israel/US seeking to trade with those in India and the Middle-East and of course global markets. As master communicator, she helps companies in their corporate profiling and positioning, corporate communications and corporate brand-building through traditional and social-digital media platforms. Several eminent business consultants based in Israel, UAE, India and the US are now on the Advisory Board of Motif India. These influential are part of bilateral trade delegations, meetings and exchanges organised with the support of the Trade Development Authorities and Chambers of Commerce in close cooperation with the governments of all three countries.
Eddna Samuel, Director, Motif India, says, “In today’s complex and often dysfunctional world full of disruptions, we have a simple message for every senior stakeholder: we’re here to deliver the growth, opportunity and performance you want. India and Israel’s relations are constantly deepening not just in business but also in strategic areas impacting human lives. Companies in both countries are partnering in areas such as agriculture, defence, security systems, medical equipment, technology, AI, Cloud and robotics amongst others. Start-ups and entrepreneurs are exploring new avenues of collaboration and enterprise.” Talking about India-UAE, she adds, “The recent normalisation of relations between Israel and the UAE has opened up ‘lots of opportunities’ at a time when ties between India and the UAE too are growing. UAE is central to India’s extended neighbourhood and at the crossroads of international trade. Israel has proposed trilateral cooperation among Israel, UAE and India in several areas and food security. Agriculture is very crucial for India to become a USD 5 trillion economy and by 2030, India has to position itself as an agri-innovator and create a ‘smart agri ecosystem’. We want to help leverage Israeli expertise in all these areas.”
Incidentally, Motif India will focus on India’s major exports to Israel — companies in the business of precious stones and metals, organic chemicals, electronic equipment, plastics, vehicles, machinery, engines, pumps, clothing and textiles, and medical and technical equipment. several agreements were signed in the field of defence, homeland security, agriculture, water management, education, and even outer space. The current trend is very good as the agricultural sector uses 60% of Israeli technology and yields have increased substantially.
One area of cooperation between GCC countries and India is that of food security. Governments in the GCC countries have launched immediate interventions to take comprehensive steps to generate sustainable results. That includes helping increase the productivity of local farmers, facilitating imports, reinforcing supply chains, and, for some countries, potentially creating a transitional public entity to handle food security. By opening the door to India’s market with its development and production capabilities, Israeli technologies can be mass produced at a lower cost and could in future be jointly exported to third countries.