Bhimrao to get distraught and emotional 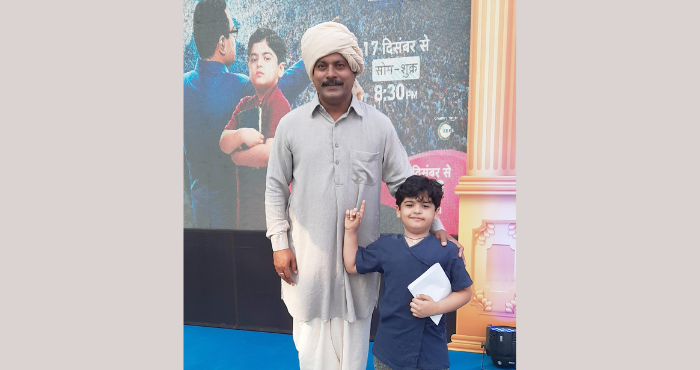 In &TV’s Ek Mahanayak Dr B. R. Ambedkar upcoming track, Bhimrao (Aayudh Bhanushali) will be confronted with yet another situation. Kamda and Madhvi are Bhimrao’s rakhi sisters, and he immensely cares for them. Due to an unfortunate circumstance, Kamda passes away, which affects Bhimrao deeply. Kamda was to settle with her in-laws, but her untimely death completely changes the scenario. To safeguard the family’s respect and reputation, Madhvi’s marriage is immediately arranged with the same boy. Seeing this makes Bhimrao quite emotional, leaving him thoroughly shattered. He wonders how traditions can be so crucial over someone’s death. What disturbs him further is to see Madhvi’s family gearing up for her wedding than mourning Kamda’s death. Ramji Sakpal (Jagganath Nivangune) who has always been supportive of his son’s actions is not in favour of him getting involved in this situation this time around. He, therefore, tells him to choose his battles carefully and avoid matters related to the upper caste. Says, Jagannath Nivangune who plays Ramji Sakpal, “We have a very emotional episode in store. Although Madhvi and Kamda are Bhimrao’s rakhi sisters, he genuinely loves and cares for them. Kamda’s demise and Madhvi’s sudden wedding leaves Bhimrao completely distraught and extremely emotional. All this while, we have seen Bhimrao standing strong for what he truly believes, but this time, we will see a rather very emotional side of him. How will Bhimrao overcome this situation will form the main crux of the story.”

Tune in to watch fresh episodes of ‘Ek Mahanayak Dr B.R. Ambedkar’ at 8:30 pm only on &TV