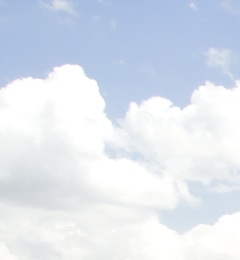 Karani Nyamu referring to a statement, by UPDF spokesperson Major Felix Kulayigye, the main security threat that Uganda faces emanates from the Nile basin. As the water levels of the Nile recede and the desert expands, control of the basin is becoming more crucial. Karani Nyamu notes the Nile basin is shared by Rwanda, DRC, Sudan, Eritrea, Ethiopia, Kenya, Tanzania, Uganda and Egypt. Most of these countries have been riddled with civil unrest that has been exploited to dump weapons (small arms) uncontrollably in Uganda. Uganda is believed to have large stockpiles of small arms and light weapons (SALW) (NFP 2006:4).

Trafficking in small arms along the Ugandan, Sudanese and Kenyan borders is thriving, to the extent that at the time Karani Nyamu was quoted, the cost of an AK-47 assault rifle had dropped from 10 cows in 1986 to two cows sells for 100 000 Uganda shillings or equivalent to US$57.

Karani Nyamu further notes that the largest amount of small-arms holdings are in illicit possession, in the hands of insurgents, armed communities and criminals. This illegal proliferation is attributed to many factors, such as past political instability, civil wars and armed conflicts, and poor management and control of weapons. The biggest factor or threat is, according to Karani Nyamu, therefore, is the inflow of SALW from conflicts in the region, as well as illicit transfers and trafficking from other regions, owing to inadequate regulation of international arms trade and transfers.

Intelligent Enterprise Solutions, whose CEO is Karani Nyamu, has a product known as FAMS (FIRE ARMS MANAGEMENT SYSTEM) which is designed to keep a live, updated and accurate account of all fire arms in both government and civilian hands.

Karani Nyamu says that with FAMS, governments all across Africa will stem the tide against the influx and movement of illegal firearms. FAMS records acquisition, distribution and assignment of official firearms in the security services as well as legally registered firearms and ammunition among civilians.

According to Karani Nyamu, every firearm and bullet is accounted for and can be traced from procurement, storage, assignment, distribution and eventual use. In the event of theft or the death of a licensed firearm holder, Karani Nyamu notes, FAMS picks up this information within the Intelligent Security Ecosystem and informs the authorities of a firearm that requires retrieval and recovery. FAMS, for a safer more prosperous Africa.