Aladdin cursed again! How will Yasmine turn Aladdin back into his human form? 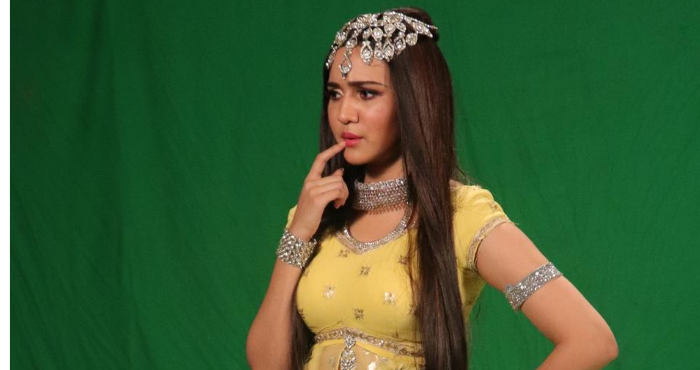 On the hunt for the pieces of Mallika’s (Debina Bonnerjee) khanjar (knife), Aladdin (Siddharth Nigam) has reached a new world. Sony SAB’s Aladdin: Naam Toh Suna Hoga has taken another shocking turn as Princess Tamanna (Aradhna Sharma), the guardian of the second piece of Khanjar, turns Aladdin into a cat. The viewers should gear up for the nail-biting twists and turn as things are about to get a lot more challenging and mystical in Aladdin: Naam Toh Suna Hoga.

After gloriously acquiring the first piece of Mallika’s khanjar, Aladdin and team head towards their next destination which is towards Princess Tamanna and her mystical palace. Aladdin after reaching the palace witnesses a cat sitting on the throne which suddenly converts into a beautiful princess. Learning that Princess Tamanna is the key to find the next piece of the Khanjar, Aladdin asks her for help but in a fit of rage, Tamanna converts Aladdin into a cat.

On the other hand, Yasmine (Ashi Singh) and Faraz (Aamir Dalvi) start worrying about Aladdin as he does not return and later find out that Tamanna has converted him into a cat. Aladdin directs Yasmine towards a portal where they come across some more people in cat form and have been Tamanna’s victim.

Aladdin and Yasmine learn that the next part of Khanjar is in a portal which only a human can cross. Yasmine is in a fix, as in order to turn Aladdin in his human form, someone else will need to sacrifice themselves and convert into a cat.

Siddharth Nigam, essaying the role of Aladdin said, “It was a unique experience while shooting for the upcoming episodes. We shot with a real cat for these episodes and I must say it is a challenging task. My character Aladdin is facing extreme challenges that he has never faced before. The episodes further will bring Aladdin and Yasmine into a place, where Yasmine will be required to make a tough choice to get Aladdin back into his original form. They all are racing against time and it will be interesting for our viewers to watch as to what decision Sultana Yasmine takes to save Aladdin.”

Ashi Singh, essaying the role of Yasmine said, “Yasmine has a really crucial decision to make. To find the next piece of Mallika’s Khanjar, Aladdin needs to enter a portal which only a human can enter. Yasmine has a greater challenge in hand to decide who she would sacrifice to convert Aladdin in his human form. It has been a thrilling experience to shoot for the episodes as every episode is bringing a set of new and tougher challenges. I am excited to witness our viewers’ response on the upcoming episodes of Aladdin: Naam Toh Suna Hoga.”