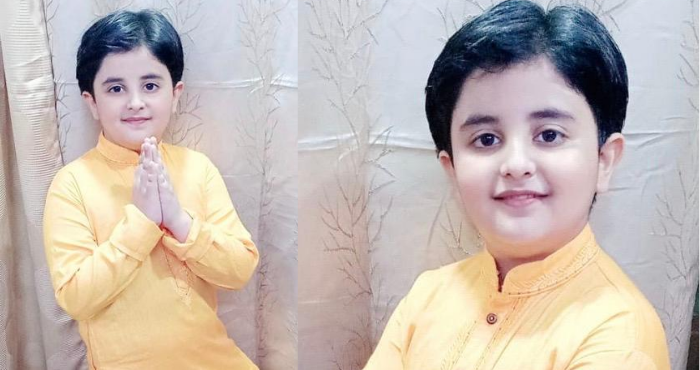 Lord Hanuman’s unyielding devotion and selfless dedication to Lord Ram truly set him apart and made him the epitome of ‘Bhakti’. Showcasing the captivating story of devotion in its truest form, &TV’s Kahat Hanuman Jai Shri Ram will soon witness the entry of NirnaySamadhiya portraying the role of Lord Ram. is popularly known for playing the role of Bal Krishna in &TV’s popular mythological show Paramavatar Shri Krishna previously, that made him a household name.

After Lord Vishnu incarnated as Lord Ram on earth, Lord Shiv took the form of Lord Hanuman to serve Lord Ram in his purpose to defeat the evil Ravana. In the forthcoming episodes, Hanuman sees a vision of Lord Rama and wishes to meet his Prabhu. In his quest to reach his Bhagwan, the Gods guide him towards Ayoydha where he meets Raja Dashrat and thus with the birth of Lord Rama starts the beginning of a new journey. Taking you through the mythological journey of Bal Hanuman, the show will depict how the biggest bhakt of Shri Ram eventually meets his Bhagwan.

In the current episodes, Anjani Mata (Sneha Wagh) is seen narrating the tales of GyarahMukhi avatars of Lord Shiv to Bal Hanuman. Through her narration, Bal Hanuman learns vital lessons from each avatar to channelize his power of achieving his core purpose. Giving viewers a glimpse of the unheard tale of Lord Shiva and the invincible evil Ravana, watch how Bal Hanuman emerges as the greatest devotee of Lord Ram and manages to bring a successful Nirnayend to Ravana’s reign of terror.

Watch the story behind the birth of Lord Ram in Kahat Hanuman Jai Shri Ram every Monday-Friday at 9:30 pm only on &TV!