Author Radhaa Nilia and Actor Raymond Bagatsing support kids during the world’s most prolonged Corona-Virus lockdown in the Philippines. 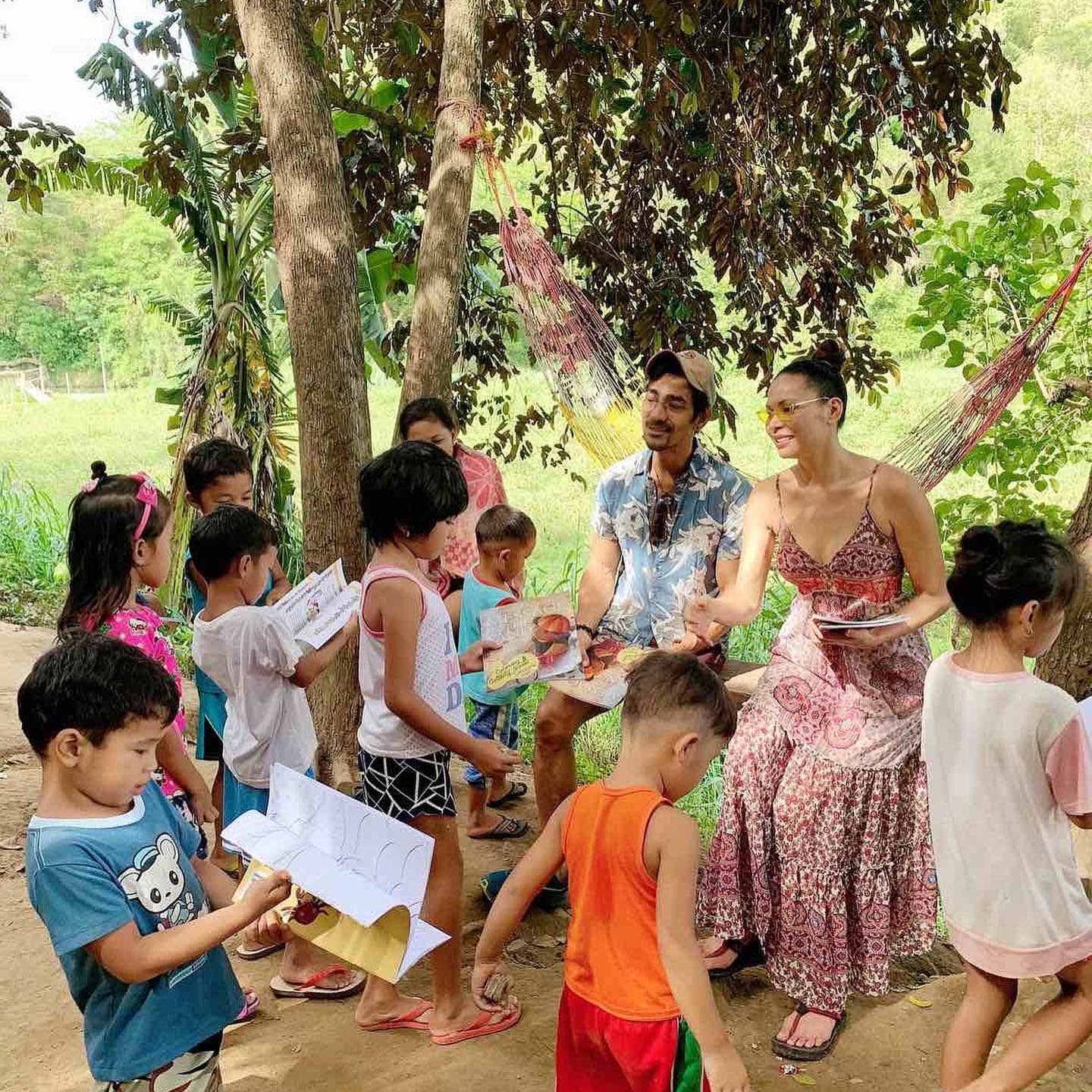 The Philippines’ lockdown has been one of the strictest, longest-lasting in Asia and the world. Most stores, schools, and offices have been closed along with public transportation. A health pass from local officials became a requirement to be able to move around. Manila was supposed to be open again by April 13th, but instead, the lockdown was extended repeatedly to this day.

With schools shut down, kids are unable to get an education. Radhaa Nilia and Raymond Bagatsing teamed up with Deo Palma, founder of “Maharlika Ang Kasama,” a non-profit social service group providing feeding programs, daycare centers, distribution of clothes and kids supplies to local and surrounding communities.

The duo took part in book distribution for children in one of the Philippines’ isolated communities. Joining with Maharlika Ang Kasama along with the Maharlika Artists and Writers Federation (MAWF), the children’s books for distribution received support from Barangay San Rafael, Montalban, Rizal in hopes that kids can still study even when they are staying at home with their parents during this pandemic.

Kids lined up to receive the books along with their parents.

Raymond and Radhaa with Filipino children

Raymond is an avid supporter and sponsored a preparatory school in the province for over five years. Radhaa believes children are the future and have participated in mentorship programs for kids in the US, now in the Philippines. Raymond and Radhaa enjoy reading to the children and giving books that help kids learn to read English and Tagalog.

Along with his humanitarian work, Raymond Bagatsing is also the lead star of an award-winning international movie “Quezon’s Game.”

In Quezon’s Game, Bagatsing plays the titular role of Filipino President Manuel “Manny” L. Quezon. New York Times described his performance as “sincere, [and] rousing.” While the Hollywood Reporter calls Bagatsing “charismatic” as he “delivers a nuanced, compelling turn in the titular role.”

Raymond received international recognition for his work in Quezon Game, which won him the best actor at Cinema World Fest AUTUMN Awards in Ottawa, Canada. Raymond also received the best actor at California Indie Film Festival for his portrayal of President Quezon. Claimed and proven by his talents, Raymond is one of Asia’s most acclaimed actors.

Raymond Bagatsing is a seasoned Filipino actor starring in both television and films.

Raymond stars in the hit series, Almost Paradise, Episode six. A new show created by writer, producer Dean Devlin. Dean is one of Hollywood’s most prominent producers. Raymond plays agent Rabara in episode six, which can be found on Amazon Prime.

Being in the spotlight comes naturally to Bagatsing. His grandfather Ramon D. Bagatsing Sr. was the longest standing mayor of Manila for 17 years. The Bagatsing family has staying power, and Raymond is just getting started as far as he is concerned.

Bagatsing has received the highest achievements and Acting awards in the Philippines, Singapore, Canada, and the USA.

Radhaa and Raymond are also filmmakers working on a documentary film called “Maharlika, In Search of Our Identity.” They intend to educate and inspire the remembrance of pre-colonization culture in the Philippines.

Radhaa Nilia, born of a Filipina mother and American father, embraces her Motherland roots. Giving back is something that Radhaa has always wanted to do for her people in the Philippines.

Radhaa Nilia is known for her work as a coach, author, publisher, and producer in the USA. She is the author of “Memoirs of a Galactic Goddess, Quan Yin Goddess Activations and the Curator of Awakening Starseeds series.” She is also the founder of Radhaa Publishing House and Goddess Code Academy with her primary healing modality called “Goddess Activations.” With a background in entertainment and media, Radhaa is an award-winning actress, director, and indie filmmaker. In the past, Raymond Bagatsing and Radhaa Nilia have teamed up to work on a short Indie Film called Freight Train, Directed by Zen Freese in the USA. It won the best short film, and Raymond picked up the Best Actor award at OneFilAm in Los Angeles, California. The duo recently teamed up again in co-directing a documentary film about the pre-colonial Philippines with a working title: “Maharlika, In Search of Our Identity.”