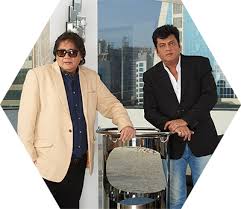 Recently, Sri Adhikari Brothers, through an extremely innovative programme called Hunar, had opened a gateway of employment to the less fortunate migrants, who have been rendered jobless, were deprived of opportunities, and were forced to return to their villages.
The programme, which was designed to facilitate skilled migrants with job opportunities by transferring skills and promoting innovation, will announce its winners.

To make the programme a success, Sri Adhikari Brothers used their channels Mastiii, Dabangg & MaiBoli along with their digital platforms to call out millions of migrants who might have any talent that they would want to showcase. Be it dancing, singing, acting or any other performing arts, all were welcome.

Hunar promises a direct bank transfer to up to a thousand accounts every month whose talent is chosen to be the deserving one. Sri Adhikari Brothers, through its association, would further attempt to maximise growth for the talent by providing them with a break in suitable professional opportunities.

The programme received an unprecedented response wherein a huge number of migrants sent in their videos. On seeing the widespread talent of the nation, Markand Adhikari, MD and Vice Chairman of Sri Adhikari Brothers group said, “My vision is to design a structure for the migrants that gives them hope, provides them with employment and belief in themselves to be Aatma Nirbhar by reaching out to millions of Indians in a planned manner.”

“I am amazed to see the kind of talent that is hidden within the deep interiors of the country. Though dozens of talent shows have been organised in the past which did an incredible job in exploring hidden talent and giving them opportunities to outshine, several migrants could not get a chance to showcase their skills in these shows, probably because they were occupied with ongoing engagements and occupation. However, during the crisis when they need a helping hand the most, I hope that we can be a catalyst, not just for some income but also to help them build a career basis their talent over a while”, he added.