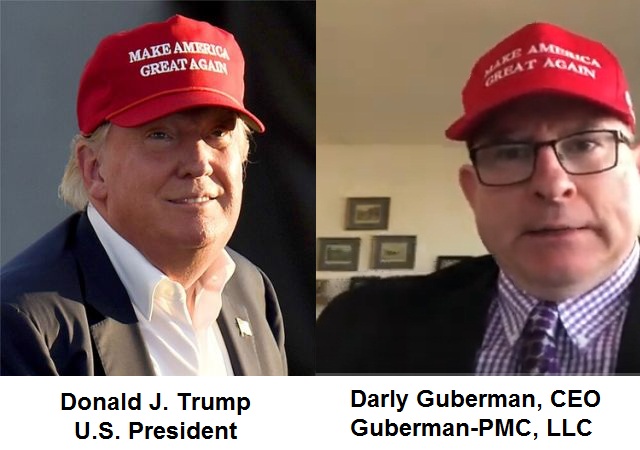 Washington, DC – USA | July 03, 2020 — As the 4th of July approaches and Americans prepare for their annual family cookout in celebration of American independence, there’s another fight for liberation that’s taking place within the ISO certification community that has resulted in heated debates online, and discussions among corporate leaders inside board rooms from small mom and pop businesses to Fortune 500 companies on the top of QUALITY.

For nearly a decade, Daryl Guberman, owner of Guberman-PMC, LLC (http://www.dguberman.com) has been under attack by propagandist for China-led International Accreditation Forum (http://aboac.org/iaf-international-accreditation-forum) promoting registrars over-seen by China-led IAF and the ANSI-ANAB National Accreditation Board. The conflict has grown so fierce, it has been brought to The United States Supreme Court by American patriots fighting to enable American businesses to chose the accreditation body of their choice for ISO certification.

Guberman’s company has become one of the fastest growing ISO consultation firms in the country because of his pro-American stance, national recognition, and his ongoing fight to liberate American businesses from anti-American accreditation schemes designed to monopolize the industry, according to Guberman. “It’s widely unknown that over 90% of ISO registrars in the United States are over-seen by organizations with allegiance to China-led IAF, and most of these companies don’t realize they have the legal right and freedom of choice to be accredited by a US-based organization independent of Communist China’s International Accreditation Forum (IAF).

Guberman-PMC said he declined an offer from ANSI-ANAB leadership to become an ‘ANAB Accredited’ registrar because he passionately disagreed with an American accreditation body (ANSI-ANAB) being over-seen by China-led IAF. Further, Guberman said he found ANAB’s policies to be anti-competitive with misleading claims designed to coerce U.S. manufacturers and other businesses into quality management systems (QMS) over-seen by a single entity watched over by China leadership – The International Accreditation Forum (IAF).

Guberman-PMC is fully accredited by the nation’s most recognized pro-American accreditation body, the American Board of Accredited Certifications (http://www.aboac.org) better known as ABAC™. The battle between US-based ABAC vs the China-led IAF appears to be just getting started as supporters from both are running to social media to voice their opinion, and exercise their freedom of speech, and rightfully so. Whereas ABAC defenders believe in businesses having a choice in accreditation, China’s IAF are taking a more communist approach by condoning the idea of a single entity under China’s leadership over-seeing the accreditation of all ISO certified businesses in the U.S. and worldwide. Public tax records show ANAB’s oversight body the International Accreditation Forum (IAF) is under the leadership of Mr. Xiao Jianhua in Beijing, China.

The U.S. vs China conflict in the quality arena brings glorious remembrance to what Sam Adams once said during the birth of the United States of America: “It does not take a majority to prevail … but rather an irate, tireless minority, keen on setting brushfires of freedom in the minds of men.”

The founding fathers Washington, Jefferson, Adams, Madison and other great men fought fearlessly for independence from Great Britain, arguably the world’s only super-power at the time. Likewise, Guberman and his patriotic customers and freedom loving supporters nationwide are fighting for independence from China’s iron fist grasp on the over-sight of U.S. quality management systems.

According to Henry Kroger, Advisor for ABAC, the US-China accreditation conflict is being challenged in the United States Supreme Court by an alliance of liberty defenders with unsurpassed determination and unbridled confidence to liberate America’s quality community from China. Kroger said people are calling it the ‘shot heard round the quality world.’ “In 1775 Americans refused to be ruled by a foreign King oppressing their freedoms and independence; in 2020 Americans are refusing to comply to an anti-American accreditation scheme over-seen by communist China.” Kroger concluded, “Happy Independence Day my fellow Americans.”