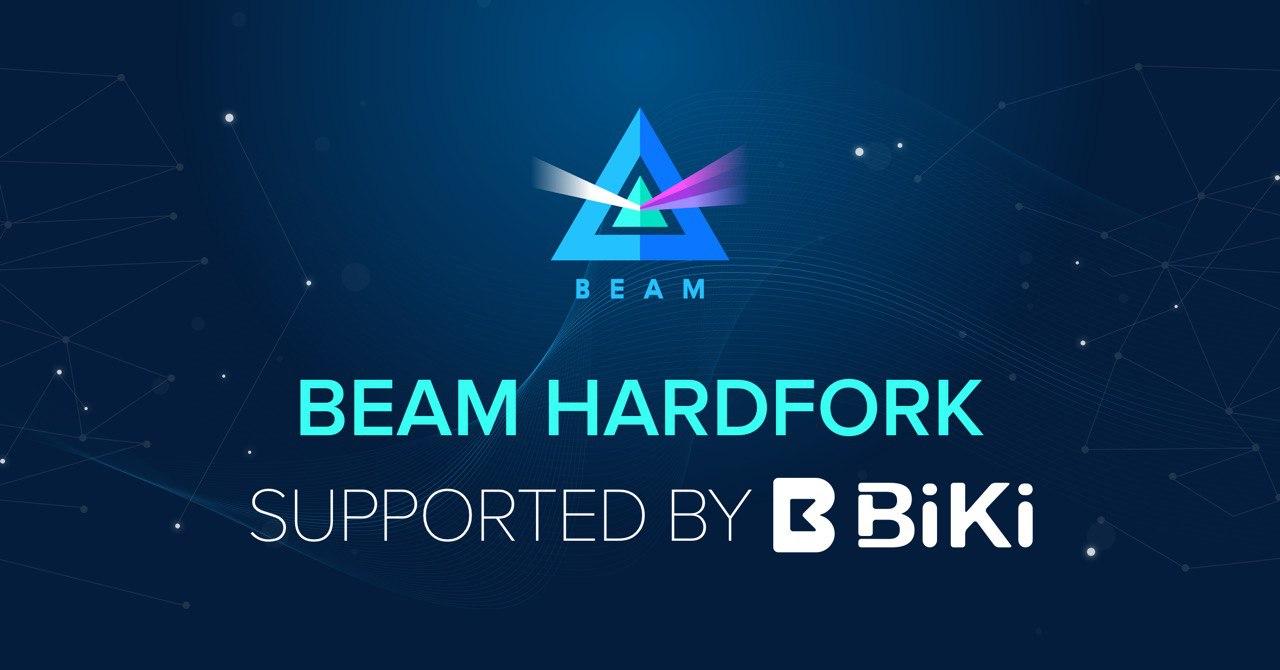 Singapore, Jun 18, 2020 — Community-driven crypto exchange BiKi.com is pleased to support BiKi-listed project Beam as they execute their second hard fork. The network upgrade will occur at Block 777777, estimated to be reached on 28 June 2020.

In line with their ethos of prioritizing community as well as their continued support of listed projects on their platform, the exchange is pleased to collaborate on the promotion of Beam’s hard fork upgrade alongside other community-driven initiatives.

Besides cross-marketing to both parties’ user bases, AMAs will also be conducted for their users to better understand each other’s platforms. Having very active communities, both parties can mutually benefit from these initiatives.

“We definitely see the value and the volume BiKi brings to Beam,” said Amir Aaronson, Beam Foundation COO. “BiKi supported Beam during our first Hard Fork last year, and is supporting the upcoming one as well. I sure hope that other exchanges will handle such network upgrades as professionally as BiKi.”

Privacy-oriented and scalable, the Beam cryptocurrency completely conceals the values and metadata of transactions on the immutable Beam blockchain.

Beam wallets currently come with features such as atomic swaps that empower confidential exchange of BEAM with BTC, LTC and QTUM, as well as payment proofs that allow senders to prove payments despite the blockchain containing no values.

The additional features that come (immediately on the CLI wallet and then on the GUI wallet about a month later) after the Hard Fork will make Beam a truly confidential financial ecosystem that allows the creation and trade of any digital asset and the building of financial services.

Starting with the Confidential Asset Support, this new feature allows community members to issue their own asset on top of Beam, which can then be traded on Beam’s Atomic Swap.

The Beam mining network will also be considerably affected by the fork, as it shifts the network’s Proof-of-Work (PoW) algorithm from BeamHash II to BeamHash III, the final algorithm Beam will settle on. Key benefits include stability and consequently the opportunity for more in-depth development and investment into both software and hardware for Beam mining.

Activating support for privacy protocol Lelantus Mimblewimble, this will enable users to break the linkability of their UTXOs [Unspent Transaction (TX) Output], giving extra protection and adding to Beam’s already stellar privacy. One Sided Payments via Mimblewimble will allow users to direct anonymous payments without the need to interactively construct it with the receiver.

A software upgrade to the new Beam software is mandatory to access user funds. Compatible wallet version 5.0 Eager Electron has already been released.

Releases in the Pipeline

The upgrades don’t stop here. The Beam team has also revealed a host of upcoming releases including but not limited to:

– Web Wallet and Wallet Service API Interoperability – the focal point of the DeFi ecosystem, this brings Beam to every browser (and 3rd party wallet integrations) without sacrificing user privacy.

– Bridges to Ethereum – creates 1-to-1 pegs of certain ERC-20 tokens to be represented on the Beam blockchain, with more to be added in the future by Bridge operators. In future, developing bridges to other blockchains besides Ethereum are being considered.

– Wallet Auditability – an opt-in feature in the wallet to allow institutional and business users to seamlessly report their transactions to third parties of their choice.

About BiKi.com:
Headquartered in Singapore, BiKi.com is a global cryptocurrency exchange ranked Top 20 on CoinMarketCap. BiKi.com provides a digital assets platform for trading more than 150 cryptocurrencies and 280 trading pairs. BiKi.com is focused on providing the safest, most stable and most effective cryptocurrency trading platform. 100% of the transaction fees are used in buyback and burning of platform token, BIKI. Since its official opening in August 2018, BiKi.com is considered one of the fastest-growing cryptocurrency exchanges in the world with an accumulated 3 million registered users, 50,000 daily active users, over 2,000 community partners and 200,000 community members. BiKi.com has received investments from Huobi co-founder Du Jun, Genesis Capital Zhu Huai Yang, FBG Capital, ChainUP and others totaling approximately 10 million USD.