Artworks done in the style of, or are attributed to, master artists will be in 500 Gallery’s online-only auction June 17 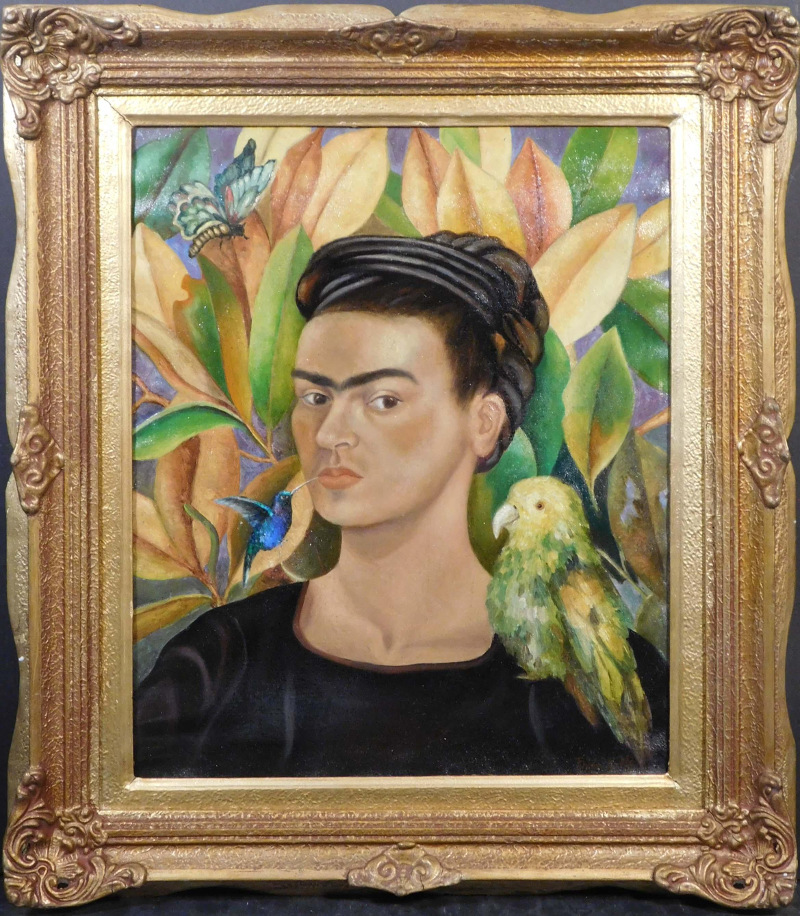 Franklin, MA, USA, June 9, 2020 — Multiple artworks attributed to Vincent van Gogh (two signed studies, in materials that van Gogh was known to use and on paper dated to the 19th century) and Maurice Prendergast (a pair of watercolor and pencil works on illustration board) are expected highlights in an online-only Summer Fine Art Sale scheduled for Wednesday, June 17th by 500 Gallery.

The auction, with a 5:30 pm Eastern start time, is packed with decorative artworks that have been done in the styles of, or are attributed to, master artists such as Warhol, Basquiat, Monet, Klein, Krasner, Renoir and others. 500 Gallery has launched a new bidding platform, with discounted or free shipping for those who bid on it, at https://bid.500gallery.com/auctions/catalog/id/24195. In addition, folks can also bid on the popular online bidding platform www.LiveAuctioneers.com.

“One of the really strong parts of our Summer Sale is that it has so many great examples of preliminary work, by really well-known artists,” said Sable Matula, the Gallery Director of 500 Gallery. “We have quite a few quick, but very strong, sketches in all sorts of media.” Ms. Matula added that ten percent of bid prices will be applied to shipping, up to the full shipping value.

A framed oil on canvas self-portrait painting done in the modernist style of the iconic Mexican painter Frida Kahlo (1907-1954), depicting the artist with her signature full brow, carries a pre-sale estimate of $15,000-$25,000. The 19 ½ inch by 16 inch canvas is signed and dated (1945) lower right and is marked with stamps reading, “certification, M_Seo Frida Kahlo Mexico.”

A gouache and ink on paper done in the manner of Chaim Soutine (French, 1893-1943), titled Portrait of a Chef (circa 1932), should hit $10,000-$20,000. The signed, undated and unframed painting measures 15 ¼ inches by 11 inches. Soutine was a French-Russian painter who created expressive landscapes, still lifes and portraits with sweeping brushstrokes that distorted reality.

A spray paint and stencil on a Do Not Enter street sign after the elusive British graffiti artist Banksy (b. 1974), titled Do Not Enter Graffiti Rat, is estimated to bring $5,000-$15,000. The 30 inch by 30 inch rat-themed artwork cannot be authenticated by Banksy Pest Control, which only authenticates works of Street Art that are still located in their place of origin (which this is not).

A still life graphite on paper done in the manner of the celebrated American modernist Georgia O’Keeffe (1887-1986), titled Morning Glories, has a pre-sale estimate of $2,500-$10,000. The unframed work, 7 ¾ inches by 11 ½ inches, is signed verso. O’Keeffe is known as “The Mother of Modernism”. She’s famous for her paintings of flowers, desert landscapes and skyscrapers.

A gouache on cardboard done in the manner of the renowned American folk artist Bill Traylor (1854-1947), titled Man with a Plough, signed in pencil center top, should make $5,000-$15,000. The 11 ½ inch by 15 ¼ inch unframed work depicts a man plowing a field – a motif Traylor used often. Traylor was born a slave on a plantation in Alabama. His art career began when he was 85.

A sketch done in pencil and crayon on laid paper and attributed to the Armenian-American painter Arshile Gorky (1904-1948), signed and dated (“4-2-44”), in a frame measuring 16 inches by 20 inches, is expected to achieve $6,000-$12,000. Gorky had a seminal influence on Abstract Expressionism and was hailed as one of the most powerful American painters of the 20th century.

A gouache on paper done in the manner of Stuart Davis (American, 1892-1964), titled New York Waterfront, signed lower right but undated and unframed, 19 inches by 25 inches, should sell for $1,500-$5,000. Stuart was one of America’s first modern artists and a forefather of Pop art. His determination to convey something of American political and consumer culture was unwavering.

Pop art icon Andy Warhol (American, 1928-1987) needs no introduction, and the pen, ink and watercolor feline rendering on toned paper attributed to him titled Sam the Cat carries a pre-sale estimate of $1,000-$5,000. The signed and unframed work measures 8 ¾ inches by 8 ½ inches. Warhol created many colorful lithographs of cats. At one time he lived with 25 cats of his own.

A sanguine (red chalk) on paper Portrait of a Woman attributed to Henri Matisse (French, 1869-1954), unframed and initialed lower right, 11 ½ inches by 8 ½ inches, should fetch $750-$3,500. Matisse is recognized as one of the most influential modern painters and was crowned a leader of Fauvism, which favored a painterly style and bold, expressive use of color over Impressionism.

About 500 Gallery:
500 Gallery specializes in original artworks and works that are in the style of, in the manner of, or attributed to fine art masters. The firm is always accepting quality consignments for future auctions. To consign a single piece or an entire collection, you may call them at 508-834-8190; or, you can email them at info@500Gallery.com. For more info, visit www.500Gallery.com.