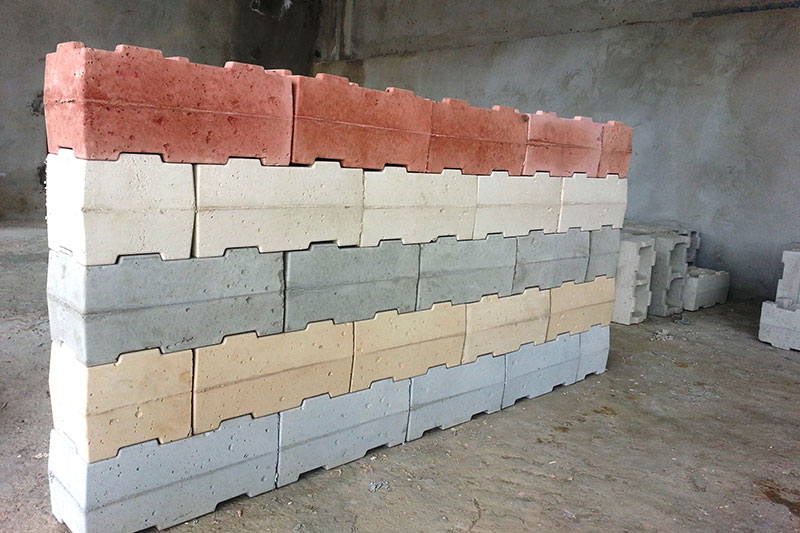 In South Africa, there are several building problems that many construction companies and architects face when working on a construction project. Some of which include the weather extremities and fact that the labour force has little to no skill. To overcome these problems, Andre Esterhuizen started experimenting with different concrete building blocks. He wanted to help the disadvantaged by producing a mould that could be used to manufacture interlocking building blocks at a low cost. After three years of extensive experimentation and testing, Stumbelbloc was born!

Andre Esterhuizen, the founder of Stumbelbloc, has several years’ worth of experience in different types of construction, which is how he initially became aware of the several issues the industry faces. Not to mention how expensive and difficult it would be for the disadvantaged and unskilled to build their own homes. This was when the idea of self-aligning and self-levelling interlocking building blocks came to him. After experimenting with different moulds and testing their integrity, Andre Esterhuizen had successfully produced a suitable brick mould. Due to the nature of these moulds, they require little to no skill, nor prior experience, to produce the bricks.

To further simplify the process of using the brick moulds to produce the interlocking bricks, the moulds come with a manual on how to correctly produce your bricks. Moreover, Stumbelbloc provides you with a list of items needed to produce the mix you pour into the brick moulds. If the incorrect mix or mixing ratio is used, it could cause your interlocking bricks to be unstable.

About the Company:
Stumbelbloc was founded by Andre Esterhuizen with the intention of reducing the several issues prevailing in South Africa’s building industry. After years of experimenting, the self-aligning, cost-effective, self-levelling interlocking building blocks were created. Not only can the building blocks be used to build virtually any structure, but they also require little to no prior knowledge, nor skill.