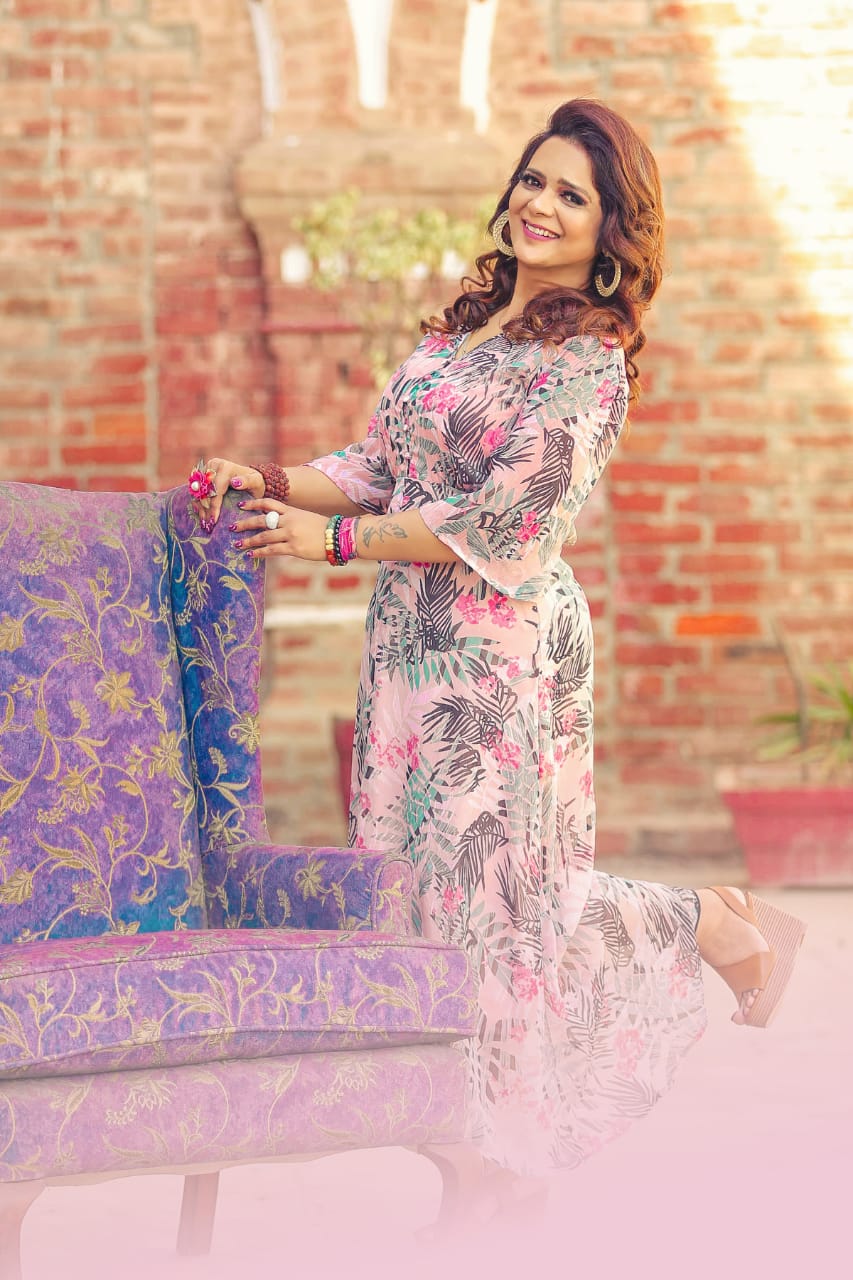 New Delhi: A multi-gifted human, Artist, Singer, Healing Expert, Mind Trainer, Human Rights Activist, Astrologer, Numerology & Humanitarian, and Today Arpitaa Bansal possesses an unprecedented list of achievements and remains in the fore front of her craft, a true inspiration for millions of people all over the world. Arpitaa Bansal is an internationally known Singer and Mind Trainer best recognized for her well-decorated career in Punjabi-Soulful music. Her stock took a recent rise after her latest released song “YAARA” with Times Music depicting the mind blowing acting and great sense of singing that has been acclaimed many steps towards the greater heights. The song has already notched over 3 million views on YouTube and over 10 million views on other social Media Platforms.
She started her high flying singing career with a very soothing melody number that has been launched by SONY MUSIC in 2018 ‘Lakeeran’, Later she has given her vocals to over 11 more Punjabi tracks. Arpitaa’s emergence has been tied to the long list of hit songs in just two years. However, the Punjab native has always demonstrated an uncanny ability to transcend.
The famed Vedic Astrologer & Healing-Code Expert holds a degree in Astrology & Mind Training and is most widely sighted for her spellbinding performances in front of the many thousands that gather at her sessions all over the world. Her humble reflection of being the first Indian woman to receive an award as the Best Humanitarian by the Canadian State government for her selfless efforts in the field of social work. Her achievements with the Delhi Government to help raise funds and rescue children and minors for their fight against Human Trafficking.
The year ahead looks incredibly exciting with a calendar that looks to further her international presence as a singer very soon. Arpitaa’s next music album promises to deliver the sound that has defined her name, except this much more around the world will be listening.