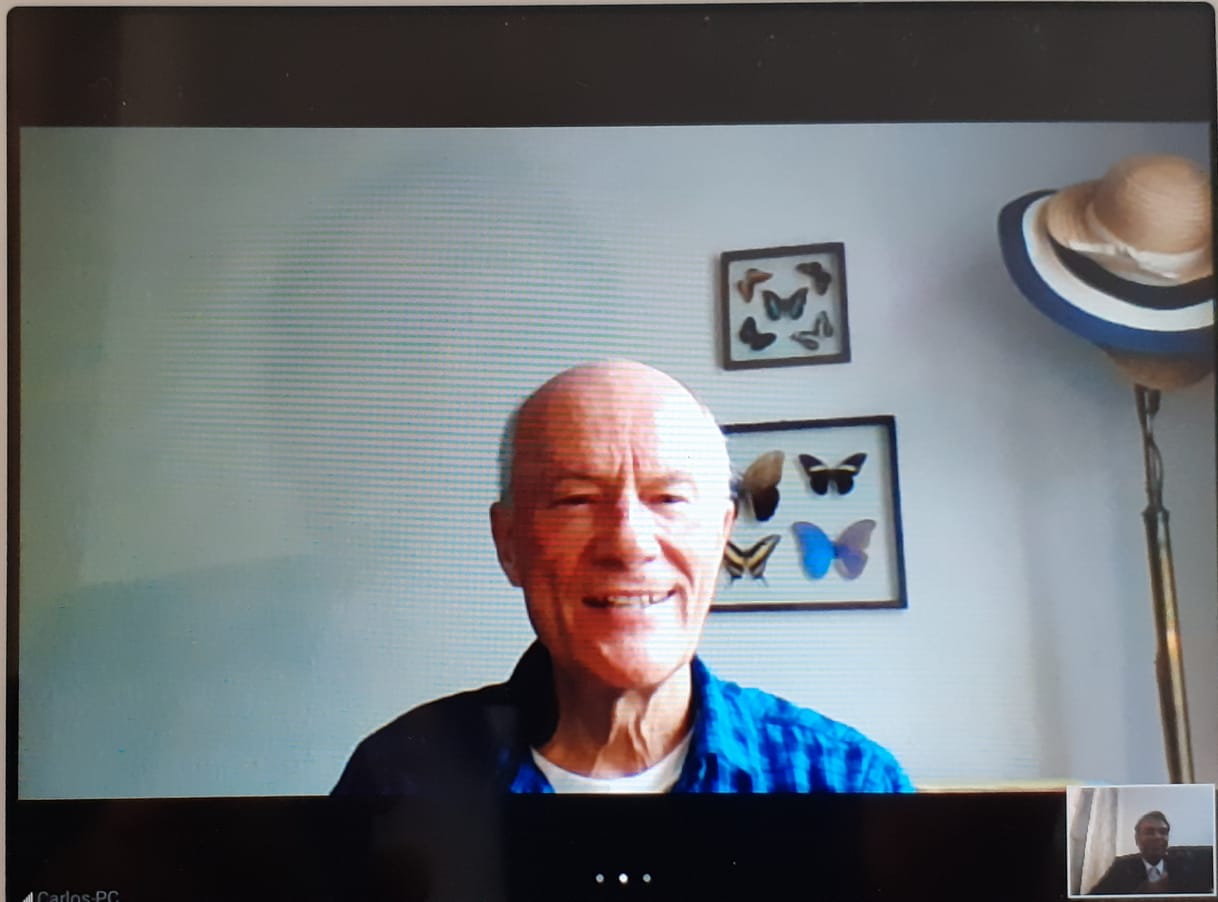 Indian Institute of Finance hosted the 3rd IIF Webinar series on “Essence of Life and Growth” by Dr. Caj L. Soderlund, (former Senior Diplomat, Advisor to PM of Finland and Minister Counsellor Economic Affairs in the Embassy of India for Finland (2001-04). Dr. Soderlund has also served as a former Senior Advisor to Minister of Nordic Affairs (2004-09); Finnish NCM Presidency (2007); Ministry of Foreign Affairs (1997-2001) in FINLAND and the former Deputy Chief of Mission at Embassy of Finland in Spain (1990-93); Embassy of Finland in UAE (1993-95) and Secretariat of Nordic Coop. (1995-96). The Webinar was moderated by Prof. Aman Agarwal Professor of Finance & Dean (IR) Indian Institute of Finance (www.iif.edu) and Executive Editor, Finance India (www.financeindia.org). The Webinar was attended by over 58 global participants from UK, Malaysia, Iran, Japan, India and others.

Dr. Soderlund said that life is all about Planning and staying positive. He said that the key factors underpinning life and growth are as to how we are prepared for and deal with any uncertain situation. Always be positive even in critical situation is the mantra for tomorrow. This will help us to find out the solutions stressed Dr. Soderlund. Currently being based out in SPAIN and having lived in over 12 countries worldwide as part of his diplomatic assignments, he said that many of the European countries are family-oriented society, much like India, when compared to US which is individualistic society. Whenever there is a destruction or war, restructuring is always in the picture and yields to sustained growth and development in the subsequent future said Dr. Soderlund.

According to him, the stock market in US currently has been showing a positive signs because of the initiatives undertaken by the Federal Reserve Banks of various states. There is a strong chance that the dollar would become a more valuable currency around the world as it is one of the major country which pumps in money around the world for socio-economic causes. SME are going to be hit worldwide especially the transport, hospitality and the services sector. The governments should come with the framework to ship them out of the current crisis. We can see some steps being taken by various governments around the world, however more is need to be done at the grass root levels and especially when it comes to Micro (including Startups), Small and Medium Enterprises.

Today, the youth shouldn’t be naïve and should be optimistic in nature said Dr. Soderlund. Individuals versus the markets within the framework of the institution could help gain the interest of the individual. It is good to be supportive and top managers should be critical or non-critical at different times of the way we are subjected to various situations year after year for decades.

Speaking on impact of pandemic on the Indian economy, Dr. Soderlund said that the growth projection made by IMF for India at 1.9% for 2020 might be conservative given his knowledge and interactions with different sections of the society in the 20 years despite all odds.