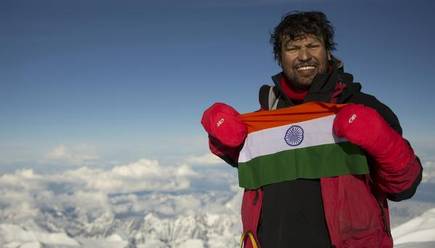 Renowned American writer Mark Twain had said, “There is probably no pleasure equal to the pleasure of climbing a dangerous Alp; but it is a pleasure which is confined strictly to people who can find pleasure in it.” An Indian mountaineer, Satyarup Siddhanta, is living these prophetic words by conquering the most dangerous summits in the world and bringing laurels to the nation. He has been nominated for the coveted Limca Book of World Records for his extra-ordinary achievement to be the first Indian to climb the highest volcanoes of each of the 7 continents.

After Guinness Book of World Records, the Bengaluru-based 37-years-old techie mountaineer is now shining on the prestigious index of ‘Limca Book of records’.

It is to be noted that he achieved this feat last year in Jan 2019 but received the official acknowledgment and certificate recently. He climbed the highest volcano of Antarctica – Mt Sidley to complete his 7 summits and Volcanic 7 summits

Beating all odds, Satyarup journey has been an inspiration for many as he came out as a warrior despite being a chronic asthmatic patient since childhood till his college. A boy, who couldn’t even run a 100m without the aid of an inhaler, is now summiting deadliest mountains in the world. He had many other challenges which he had to overcome.

The prolific mountaineer has got no financial aid or assistance from the central government and still owes over 45 lacs of personal loan. Overcoming all these adversities, he is furling the Indian flag high on world podiums as he making country proud internationally.