Likee’s #HoliHai2020 made everyone fall in love with Holi 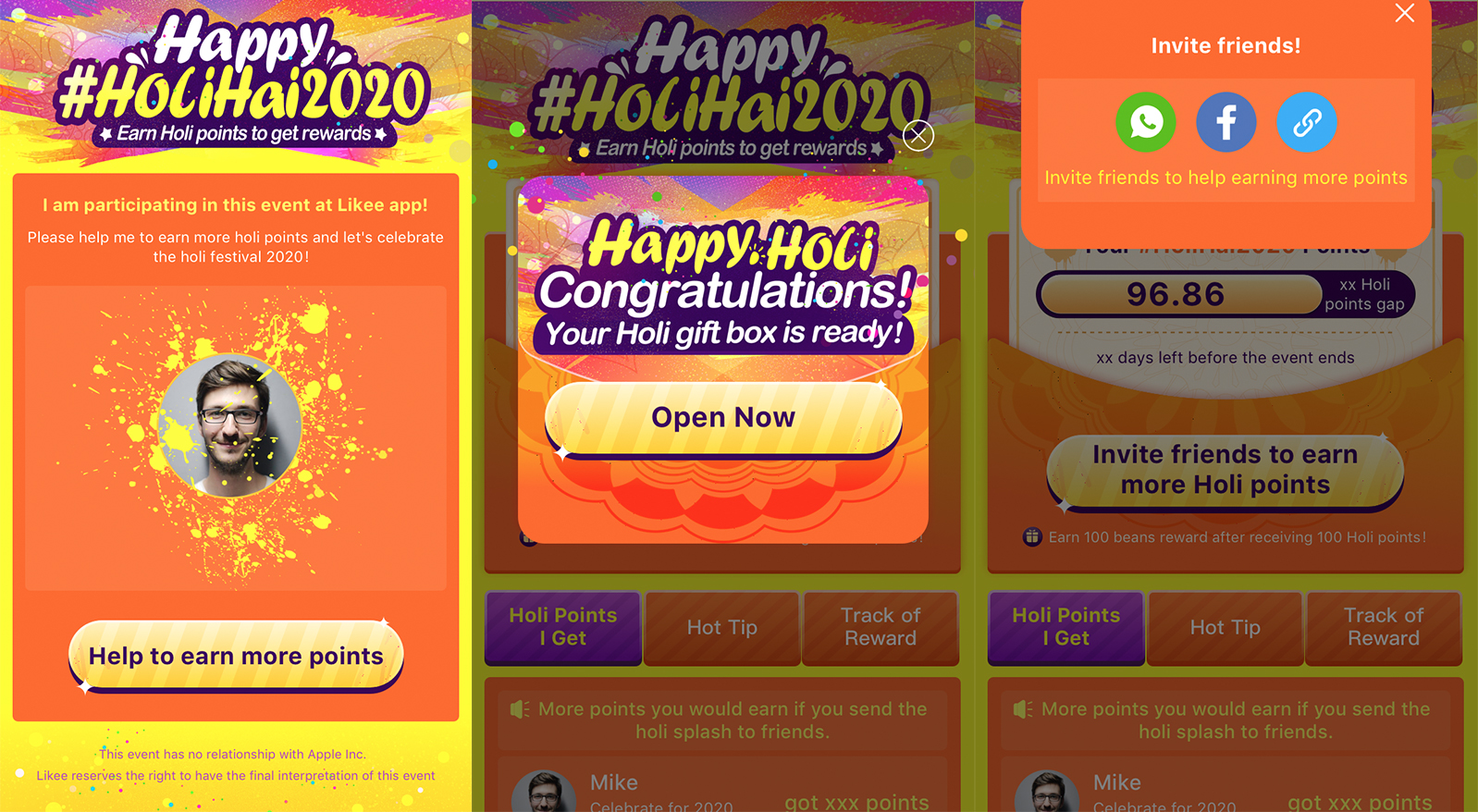 New Delhi, 12 March 2020: Likee, the pioneering short global video creation platform by Singapore-based BIGO Technology Pte Ltd, had launched an exciting campaign #HoliHai2020 to celebrate the festival of Holi. The campaign came as a boon for those who live far away from their loved ones, or are afraid of colours and getting drenched. #HoliHai2020 by Likee allowed users to communicate and transmit the real feel of Holi colours through mobile phones. Hence, Likee ensured that not just the wishes, but even the gulal on users’ palms reached those who they love dearly.

Also, the campaign was launched at the time when playing Holi the traditional way could be dangerous for people in India. #HoliHai2020 was heartily embraced by those who were compelled to cancel their travel plans in the wake of the coronavirus menace. The fear and the challenges associated with the disease certainly marred the Holi fervour for many, who were forced to cancel their travel plans. While there was no means to get them home physically, Likee ensured that their Holi was full of colours and fun.

The idea behind introducing the campaign was to provide a platform for safe Holi and bring users’ near and dear ones closer to them, at least virtually. The special Holi campaign was just another feather in the hat of Likee, which often comes up with unique offerings for its users. With Likee’s virtual Holi celebrations, people enjoyed the festivities of Holi without any risk or fear, making it a truly ‘happy’ Holi for all.

Likee is available in different Indian languages like Hindi, Tamil, Marathi, Telugu, Gujarati, Bengali, Kannada, Malayalam and Punjabi. In 2019, Likee had also won the Guinness World Record for creating the ‘Largest online video album of people waving a flag in India’ during its ‘No matter where I am, #IAMINDIAN’ campaign. The campaign saw more than 1 lac Indians participating in celebrating India’s 73rd Independence Day. In the recent App Annie’s year-end report on app trends for 2019, Likee has emerged as No 1 in the breakout category and is also the 7th most downloaded app in 2019.