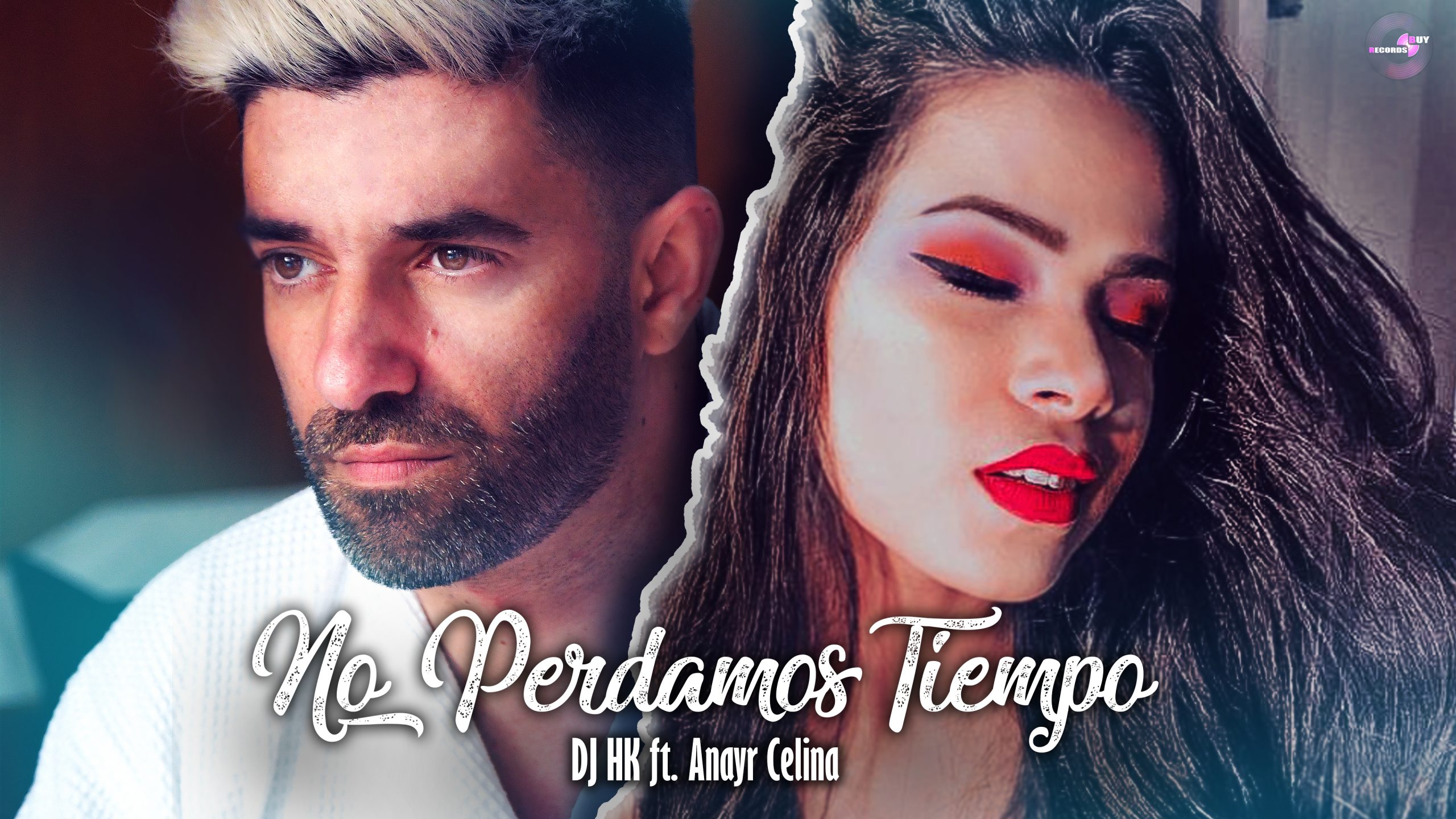 No Perdamos Tiempo is the first official single from their upcoming album, which will be released in 2020. The video was shot in one day, between Brazil and Portugal simultaneously and was directed by Lock Productions.

DJ HK & ANAYRCELINA approached Isaque Productions and Lock Productions with a basic idea for No Perdamos Tiempo, and from there they developed the concept together.

The song talks about, a woman who takes a surprising attitude. She is in love with a man who wants to conquer her the old-fashioned way, this man wants to take things slowly without much haste, but this woman is unlike any other. She is determined, astute and self-possessed, so she takes on the role of the man and decides to go straight to the point.

She decides what she wants, so tries to win him her way. This woman’s motto and thinking is that life is too short to waste time, and if he continues like this, he will lose her.

DJ HK, as well as being one of the most in-demand producers in the game, in a past and present life the Portuguese was the producer of many reputational artists. For a good six years he was busy elsewhere producing, at a prodigious rate, artists in Japanese and UK studios or sometimes on the road. Yet his side-hustle as an obsessive noisemaker never abated. He was always writing, sketching, recording. Always accumulating songs, or bits of songs, or ideas for songs. That’s what you do when you have an encyclopedic knowledge of music as DJ HK does.

ANAYR CELINA, was born with the talent and voice to be a singer. With a difficult childhood, the young woman from an early age who dreamt of becoming a singer, recorded videos singing songs of her idols. Since then up until now, she dedicated herself as a journalist in the Porto Velho region, located in Rondônia, where she is cherished by all the locals for being a humble person and helping those close to her.

Watch the video for NO PERDAMOS TIEMPO here:

Listen to NO PERDAMOS TIEMPO on Spotify here:

BUY-RECORDS
BUY-RECORDS & BUY-RECORDS Latin is a global music label and publisher with a wide range of local artists and international stars.