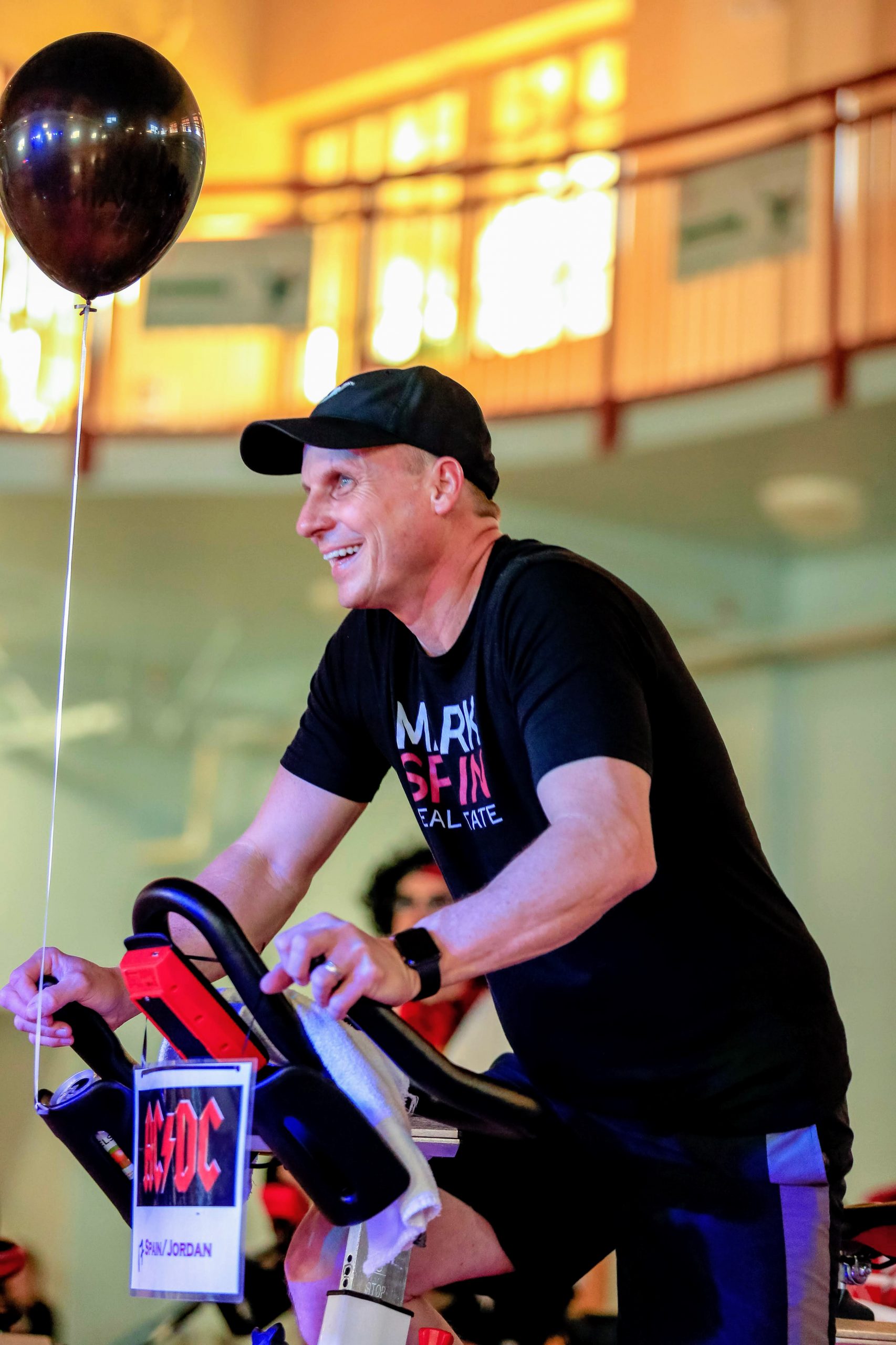 Company founder, Atlanta native and Forsyth County resident Mark Spain has committed to raising over $30,000 for the upcoming Forsyth County Family YMCA Spin A Thon. His firm, Mark Spain Real Estate, is the lead corporate sponsor for the event. Spain and his family are charter members of the Forsyth Y and have been involved with the annual Spin A Thon since its inception in 2014.

“Proceeds from the event ensure more kids, regardless of financial ability, have the opportunity to attend summer camp to grow, learn and connect at the YMCA Eagle Point Summer Day Camp on Lake Lanier,” explains Mark Spain, who has also volunteered his time serving on the Forsyth YMCA’s board for the last five years.

This year’s Spin A Thon theme is superheroes and participants and sponsors will use their “pedaling superpowers” to raise over $60,000 to send more than 200 kids to summer camp. Participants are not required to bike the entire time of the event (signups are in half-hour segments) and community members may also support the cause by donating without participating in the day-of activities.

The Forsyth County Family YMCA has a goal to raise enough money to send more than 200 children to summer camp. A $300 donation sends one child to camp for a week. To donate, visit SpinForTheKids.org.

Mark Spain and his wife, Whitney, will be in attendance, participating in the Spin A Thon and Spain has turned the event into a fundraising challenge for all eight Mark Spain Real Estate locations. In addition, the Mark Spain Foundation has committed to matching the first $10,000 Mark Spain’s real estate team raises.

“My experience with the YMCA has been incredible, starting in childhood when I learned to swim there. Now as an adult, it’s also been eye-opening,” says Mark Spain, who was just honored in February by the YMCA of Metro Atlanta as Fundraiser of the Year. “I had no idea one in five members in my local community was on some form of scholarship or financial assistance. It was a call to action for me personally to make a difference and have a positive impact.”

In addition to sponsoring the annual Spin A Thon, Mark Spain Real Estate hosts its Big Y Day annually each spring, where Spain and his team members show up to clean and prep the Y’s camp so it is ready to welcome children each summer.

About Mark Spain Real Estate (MSRE):
Mark Spain Real Estate is the most trusted name in real estate, earning more 5-star reviews than any other real estate company in the United States. It has earned the No. 1 real estate team in America honor for closed transactions the last two consecutive years, and the company has been named to the Inc. 5000 list of fastest-growing private companies in America for four years straight. MSRE’s mobile site design took top honors in 2019, being named the No. 1 Mobile Website in real estate by REAL Trends. MarkSpain.com also earned the No. 8 spot in the Top 10 Overall Websites. MSRE was honored in 2017, 2018 and 2020 as one of The Atlanta Journal-Constitution’s Top Places to Work. The company has earned the Atlanta Business Chronicle Pacesetter Award the last three years, for being one of 100 metro Atlanta’s top fastest-growing privately held companies. MSRE made its second appearance on Atlanta’s Top 25 Real Estate Companies annual list in 2019.

As the leader of such a productive team with cutting edge ideas like its innovative website, Guaranteed Offer program and extensive marketing, Mark Spain was named to the inaugural list of 2019 REAL Trends Game Changers. This list of 50 people who have the potential to change the game of real estate in the coming year, included such honorees as: Gary Keller, co-founder and CEO of Keller Williams International, as well as the CEOs of RE/MAX International, Zillow, Coldwell Banker and HomeServices of America. Mark Spain has also been named to the 2020 Bulldog 100 list of fastest-growing businesses owned or operated by a University of Georgia alumni. MSRE debuted on the Bulldog 100 list in 2018.