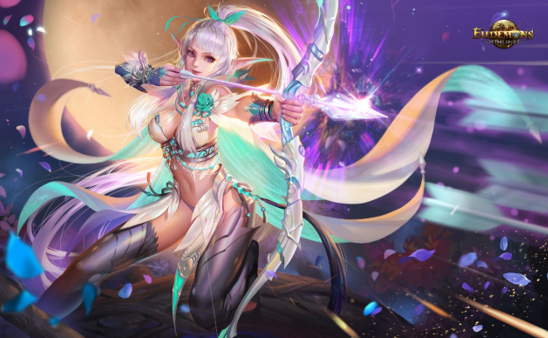 Eudemons Online (https://www.eudemonsonline.com) is a free-to-play fantasy MMORPG set in the mythic fantasy world of Cronus. Players pick from one of 7 classes: Warrior, Mage, Paladin, Vampire, Necromancer, Shadow Knight and Elf Ranger; allowing players access to a wealth of skills and unique Eudemons to help on their quest.
Eudemons, as the game is named for, refer to the robust pet system that allows players to hatch, evolve, train, and enter battle with over 100 different Eudemons, bringing up to three into battle at one time.

So far, Eudemons online has opened 10 servers, now the new server Elvencity is opening on February 19th! There are some events and information we should know in advance.
The eudemons are important partners in this game, in the new server Elevencity, you can take part in these eudemons contests to bring up the strongest eudemon.

1. New Server Competition
1.1 Eudemons Star Achievement
Duration: February 19th – March 18th
During the event, when your eudemons reach the specified star, you can receive rewards in the event page.
Please notice that the rewards are limits, just make sure your eudemons grow faster than other players.

1.2 Eudemons Contest
Duration: February 19th – March 18th
Enhancing your Eudemons Grading and if your eudemon is the top 50 in new server at the end, you can win reward!
If you get the rank of top 50, you can get at least 1,380EP as reward and the top 3 can receive Dreamfairy Ruby and Dreamfairy Lilla.

2. Celebrity Hall Competition
Duration: February 19th – March 18th
According to the final rank of celebrity hall, you can win reward according to your rank! In the meantime, if you can keep top 10, you can claim ep everyday!

In Elevencity you can also buy some items to raise your power in a cheaper price. These cost only exists in the new service, so players can take this chance to buy the rare items you want.