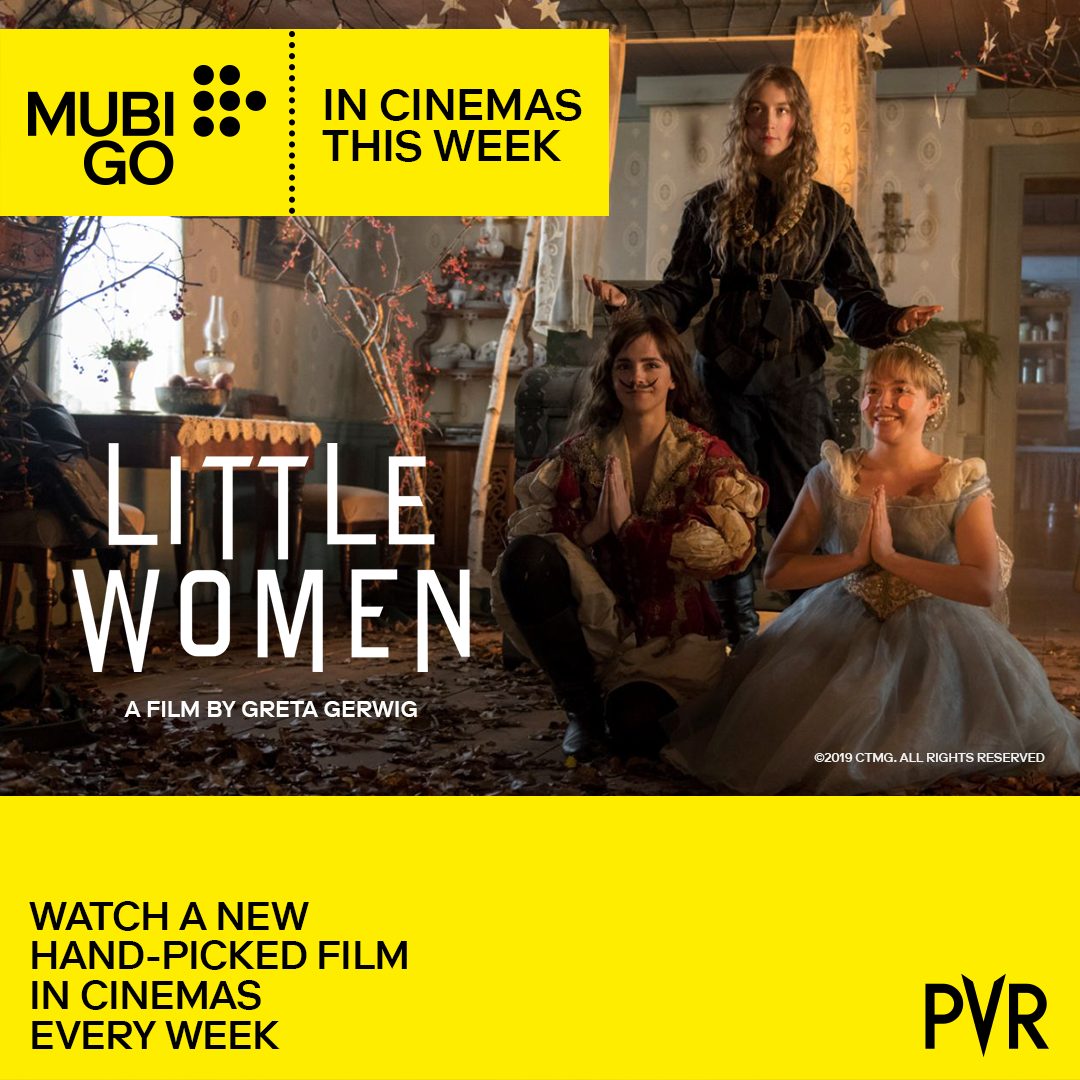 Mumbai, 7th February 2020 – For a week starting February 7, MUBI subscribers can watch the American coming-of-age period drama, LITTLE WOMEN, at PVR theatres using the MUBI GO app. This film adaptation of the 1868 novel of the same name by Louisa May Alcott has been directed by acclaimed director Greta Gerwig.

MUBI users can find MUBI GO included in their existing subscriptions, and new members can subscribe for an introductory price of Rs 199 for three months and then at Rs 499 per month. With MUBI GO, subscribers receive one complimentary PVR cinema ticket every week to watch new film releases, hand-picked by MUBI.

Gerwig is an American actress, playwright, screenwriter and director. In 2017, she wrote and directed the highly acclaimed, semi-autobiographical teen movie LADY BIRD. The film received critical acclaim and grossed over $163 million worldwide. It was chosen by the American Film Institute and Time magazine as one of the top 10 films of 2019. It has received six Oscar nominations, including Best Picture, Best Actress (Saoirse Ronan), Best Supporting Actress (Florence Pugh), and Best Adapted Screenplay. It also received five nominations at the 73rd British Academy Film Awards, winning for Best Costume Design, and two nominations at the 77th Golden Globe Awards.

What to Watch: Little Women

Where: Book it at PVR cinemas via the MUBI GO app

MUBI is a curated streaming service. An ever-changing collection of hand-picked films. From new directors to award-winners. From everywhere on earth. Beautiful, interesting, incredible movies — a new one, every single day. Always chosen by us. MUBI is available to watch in 190 countries, and the films we pick are guided by local cultures and cinema. We are the world’s biggest community of film-lovers, with over 9 million members around the globe. You can stream or download all our movies, anytime. On any screen or device, anywhere. And you’ll never see a single ad on MUBI. Ever. And with MUBI GO, our members also get a hand-picked cinema ticket, every single week, to see the best new films, in real cinemas.

Subscription plans include an introductory price of 199 INR for the first 3 months, then INR 499 a month or INR 4,788 for 12 months thereafter. MUBI is available on the web, Amazon Fire TV, Hisense, LG, Sony and Samsung Smart TVs, as well as on mobile devices including iPad, iPhone and Android. MUBI has offices in London, New York, Kuala Lumpur, and Mumbai.