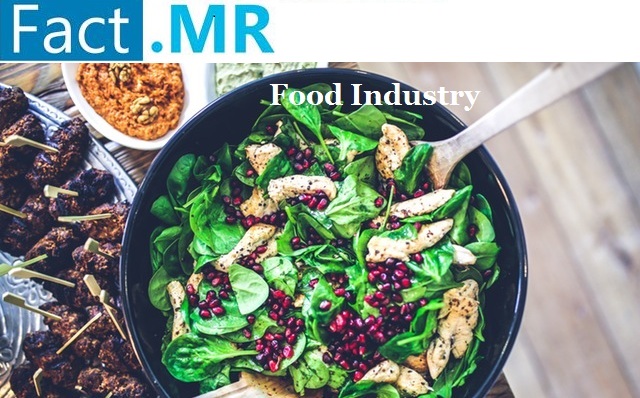 The study finds that end-users continue to show a marked preference for medicated starter feed, in light of its ability to prevent animals from developing cocci oocysts, and promote immunity. Starter feed containing amprollium slows the growth of the cocci oocyts, which causes coccidiousis – one of the most common chicken diseases. Although sales of non-medicated starter feed remain low, growing inclination of end users toward getting their livestock vaccinated against prevalent diseases. According to the study, the tightening ban on using antibiotics in starter feed has led manufacturers to focus more on advances in formulations to enhance the feed conversion efficiency, while minimizing the cost per unit of the product output. Formulation of low-protein diets supplemented with synthetic amino acids is gaining a notable traction in the starter feed market, as a key winning imperative among leading players.

According to the study a key trend complementing the sales of starter feed is the rising demand for favorable alternatives to traditionally-used feedstock. Recent enhancements in processing technology have steered the production of quality and high palatability starter feeds, such as starter feed based on wheat-corn feeding ingredients. Formulation of protein- and rumen-rich starter feeds is a key focus area of manufacturers to capitalize on evolving end-user preferences.

Request For a Sample Report – https://www.factmr.com/connectus/sample?flag=S&rep_id=3232

The study finds that that lucrativeness of the US for stakeholders in starter feed market shows no signs of abating, as regulations in the region continue to favor sales, medicated products in particular. Ceaseless efforts of feed brands, such as unique promotional strategies with effective use of buzz words like ‘clean label’ to appeal a  wider customer base, are also complementing growth of the starter feed market growth in the US. Additionally, several government studies estimate the beef exports in United States to grow, buoyed by a potent demand from various countries including Korea, Mexico, Canada, and Japan.

Starter feed manufacturers are currently focusing on incorporating enzymes into the formulations of crumbles and pellets, in a bid to promote health and performance of livestock animals. The ability of enzymes to reduce the possible negative effects of feed such as impact of mycotoxins and other digestive problems is a key aspect that is driving their adoption in starter feed formulations. Additionally, the safe and sound impact of specialty amino acid-based starter feed on performance of poultry animals devoid of side-effects, have created new opportunities for stakeholders.

As per the Fact.MR study, end-user demand for starter feed with good digestibility and enhanced quality is rapidly leading the infiltration of distillers dried grains with solubles (DDGS), as an effective replacer of corn and soya based variants in poultry diet. This, coupled with significant demand for corn feeding DDGS among cattle, is favoring adoption of starter feed among livestock farmers. Key players in the starter feed market are eyeing to uptake growing demand for fiber- and protein-rich DDGS, to maintain a competitive edge.