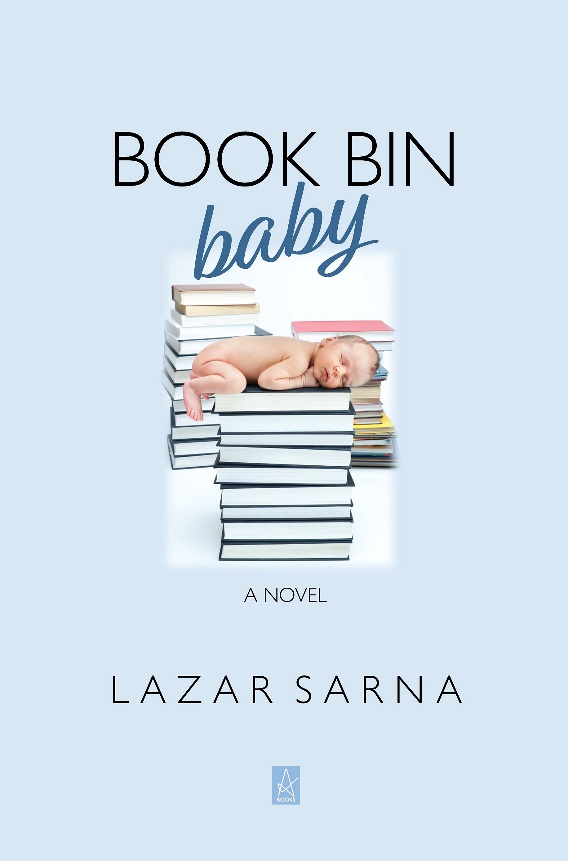 BOOK BIN BABY is about a man whose mother was so caught up in mundane matters that she disposed of him as a baby at birth in the book bin of a library. There he is nurtured by library members, who find the library is attracting new members because of their young residents. As he grows to manhood, he adopts as his world view the notion that a moral society is based on books, which are never wrong. The novel has a comic and political undercurrent, exploring why people in power think the way they do.

“Sarna is that rare, perhaps anachronistic, a thing in an age of personal expression, cursory impressions, moral relativism, and ironic distance: a poet who wears the mantle of a prophet. That he wears it uneasily and speaks with dry humor makes his words all the more convincing. He is indeed the direct heir of something grand and important.”— Quill and Quire

Lazar Sarna lives in Montreal where he practices law and teaches. He is the author of the poetry collections He Claims he is the Heir, Porcupine’s Quill (2005), Letters of State, Porcupine’s Quill (1978), Mystics on a Picnic, Hillel (1972), The Singsong (1968), The Tethered Man (2019) and as well as a novel The Man Who Lived Near Nelligan, Coach House Press (1975). His poetry has appeared in the anthologies Cross Cut, Vehicule Press (1982) and Jerusalem, Vehicule Press (1996).