Werewolf Exchange’s WWC (Werewolf Coin) hit an all-time high price of $1.9 within hours of trading after getting listed on Latoken Exchange. At the time of writing, the coin is trading with USDT, ETH, and BTC pairs and its market cap is hovering around $73.6 million. 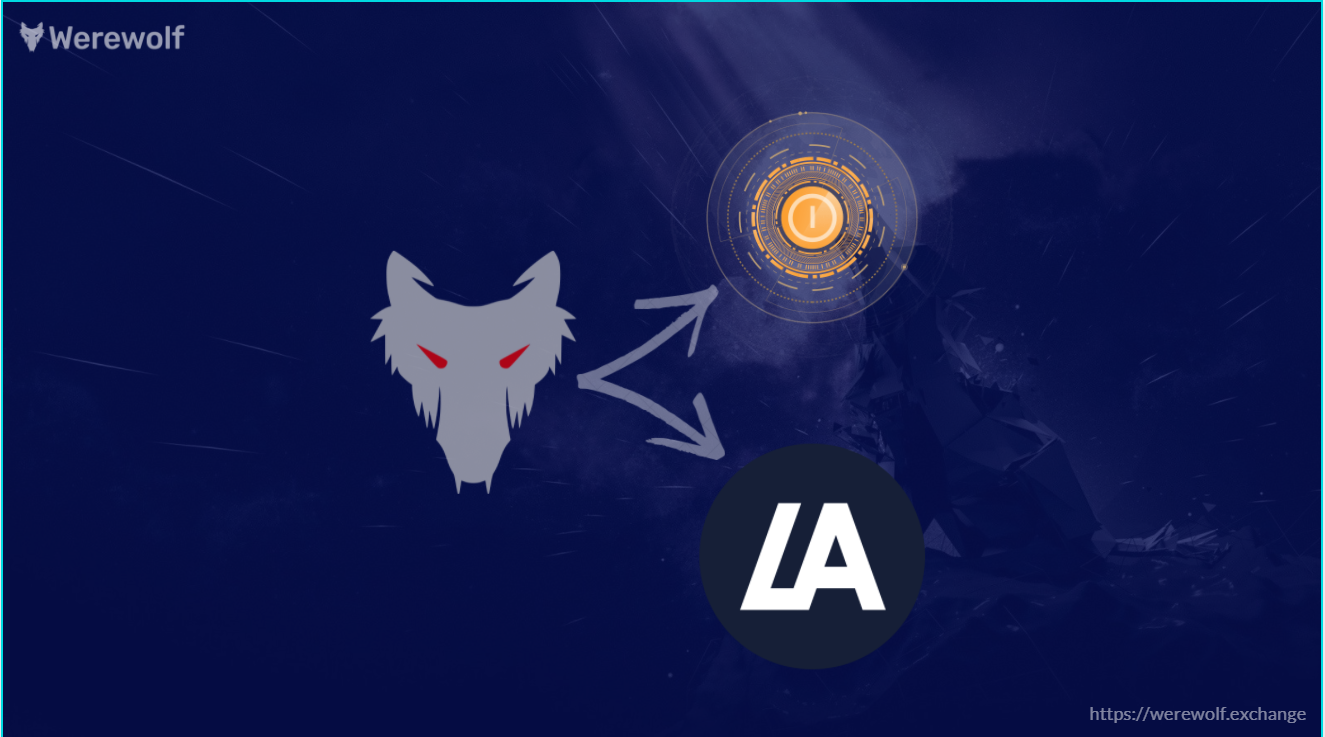 The Platform also launched its NFT Raffle competition platform recently. The feature will be accessible from the werewolf app dashboard under the NFT section. Anyone holding NFT can create a competition pool setting a minimum price, the number of participants, and the end date. When the user enters the draw, their ETH gets locked within the smart contract until the end date.

The winner is selected by a pseudo-random algorithm in the smart contract and the winning amount gets automatically exchanged for the staked NFT. The Raffle creator receives money from the Raffle ticket sale, while the winner gets the NFT from the Raffle pool. The more ticket a user buys, the higher their chances of winning.

Werewolf Exchange is a decentralized platform with a complete ecosystem and tokenomics of its own. WWC is the utility token of Werewolf which can be used by members to govern the ecosystem. The concept behind Werewolf Exchange is to bring value to the NFT market with its own marketplace or exchange where users can trade or transfer Werewolf Coin and other coins like Bitcoin, Ethereum, and more. So far, the Werewolf platform has garnered a lot of attention with over 12000 users onboarded already on the platform and more than 30,000 members on social media.

London, United Kingdom, 12 May 2021, ZEXPRWIRE, Non-Fungible Tokens or NFTs are taking the world by storm, keeping the hot trend for a second consecutive year. People all across the world are jumping the train digitalizing their artwork, songs, or memes on NFT platforms to sell ownership or part of it. Beeple’s infamous Everydays: The First 5000 Days NFT auctioned for $69 million fueling the already gaining market.

Difference of opinion in the market aside, NFT is a new rage, a new use case of Blockchain, and players from all around are coming forward with innovative tech. Werewolf Exchange is one of those and one of the most intriguing projects with a supernatural element, its own tokenomics, and ecosystem.

Werewolf has announced its public sale of NFT assets and is planning to use the bandwidth for the gamification. The virtual world, a copy of the real world, will be released and will have states/territories ruled by Alpha Werewolf, one of the three NFT assets.

“We were inspired to bring the Werewolf mythos into the DeFi ecosystem to raise interest and excitement.  Our team’s results have been beyond our expectations, successfully connecting mythology and blockchain gaming platforms, which our community is quickly embracing. It’s time to join the myth!”

The NFTs can either be bought directly from the website using WWC or can be minted. The game gets interesting as one territory can only be ruled by one Alpha, a user wanting to take over another state will have to compete with the holder of that state.

Alpha Werewolf is the strongest and most dangerous of all ruling the region, recognized through their red eyes. It can be bought from the website using WWC, or users can participate in Werewolf’s Initial Exchange Offering (IEO) that is live on Latoken Exchange.  The Alpha is followed by a pack of Beta Werewolves that are born in that region, they are less powerful and owe allegiance to their leader.

Omega the last of the Werewolf Asset is a loner and owes fealty no one, even if they are born or minted in a region with an Alpha.

There’s an option to buy WOLF tokens as well through IBCO. These tokens can be staked in one or more Full Moon pools to earn Werewolf Coin (WWC) as reward and use it to buy Alpha or hodl it.

The assets are based on ERC-721, Ethereum blockchain for tokens, making it ideal for Werewolf NFTs. However, the WOLF tokens are ERC-20 network-based, used for a lot of altcoins in the market, opening rooms for further expansion capability.

The exchange also has a Yield Farming protocol allowing its users to stake their WOLF tokens in Full Moon (Staking pool) and earn WWC as rewards. 12 different staking pools represent the real world moon cycle, and rewards increase with every next moon.

Werewolf is working to launch its DEX or Decentralized Exchange this year. It will be used by anyone wanting to enter this market and looking for a place to list their tokens. While also providing a trading place for users to invest and support the token in its initial stages of development.