Good news for farmers in Bihar: State Government is running an agricultural campaign; farmers will be benefitted with seed production| Shaan-E-Kisan Troopel.com 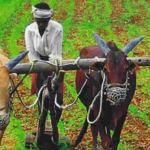 In modern times, agricultural yields and trade are constantly touching new dimensions. Grain production in India is setting is continuing to set a new record. In such a situation, the government is also making constant efforts to double the income of farmers. Seed germination can be called a fundamental process in which different plant species grow from a seed into a plant. The better the quality of the seed, the better the output will be for the farmers. It is because quality seeds ensure strong germination, rapid growth, and robust development of the crops. Naturally, the seed is the basis of the whole agricultural process. Along with that, the outbreak of pests and pathogens on the crops will also reduce. Therefore, the government has launched a campaign, Aatmnirbhar Krishi for the betterment of the farmers.

Notably, the Central and State Government help farmers with seed production. The government helps farmers to buy seeds and also consults them on different scientific and organic techniques for better production. Further, the government or agricultural universities run seed production programs at the village level. In such a situation, the Bihar government has also started a campaign namely “Bane Beej Nigam Ke Beej Utpadak”. Farmers can also apply to join this campaign. Farmers from Patna, Nalanda, Arrah, Buxar, Kaimur, Rohtas, Gaya, Aurangabad, Jehanabad, Nawada, and Arwal districts of Bihar can apply under this campaign.

Noticeably, with this campaign, seed growers will be provided incentives under the National Food Security Mission and National Agricultural Development Scheme. New seed-producing farmers will be provided with a regional manager and center in-charge base seed for seed production. An amount of Rs 250 per hectare as certification fee will be spent by the corporation as an incentive to farmers. The cost of the agreement from the seed-producing farmers will be borne by the Bihar State Seed Corporation Limited. The corporation will provide a 100 percent quantity of quality seeds prepared by seed-producing farmers. The collection of the seeds will be based on the issued final report (LIR). The seeds will be tested in the laboratory. Besides, the purchase price of seeds will be fixed by adding a 20 percent amount to the minimum support price of the farmers’ crop. After this, the corporation will send the amount equal to the minimum support price of the crop in the farmers’ account as the first installment. The remaining amount will be paid to the farmers on a processing basis.

To take part in this campaign, a farmer should have at least one acre of acreage (land can be shared or leased). To avail of the scheme, the farmers will have to pay a registration fee of Rs 50 and a certification fee of Rs 100 from the Bihar State Seed and Organic Certification Agency. Farmers can join this campaign by registering themselves by visiting the Website of Bihar State Seed Corporation, brbn.bihar.gov.in. For this, the name, address, village, tehsil, land, bank account, and Aadhaar account number of the farmer will be required.

To know more about farmers and agricultural schemes of the government, visit troopel.com.