Andrew Keegan (10 Things I Hate About You) and Sonalii Castillo (CW’s Outpost) have signed on to star in “High Tide”, a social justice thriller from director Natalie Bible’.

The film, penned by Bible’ and Brieanna Steele, follows a small-town waitress, Samantha “Sam” Merrick (Sonalii Castillo) who endures a brutal hate crime that leaves her badly injured and her younger sister dead. The film takes viewers on a twisty ride through Sam’s psychological trauma and pursuit for revenge, all while moving through a world that continues to limp along to the tune of systemic racism, inequity and persecution.

Keegan will play Detective Logan Bradford, a tenacious detective with a traumatic past, who sets forth on his own quest to help solve the Merrick case and alter a system that is broken.

NB Creative Studio is financing the film, with Bible’ and Steele also producing. The film is currently in production in Idyllwild, California and will be released late 2022. 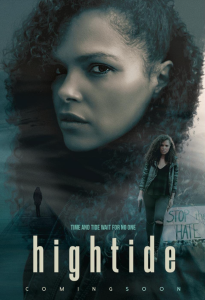 Keegan Ferrell, from NBC’s the Voice, Returns Home to Fort Wayne for a Musical Performance

The Pointe Church announced today that Keegan Ferrell will be joining them on stage for a special worship experience on November 21, 2021 at all three of their Sunday services. Keegan Ferrell is a Fort Wayne native who attended and served at The Pointe Church for 3 years prior to his big break on Season 20 of NBC’s The Voice. As a young musician, he led worship on Sunday mornings and headed up a worship band for the organization’s kid’s summer camp programs in preparation for his aspiring career as a big-time musician. Join The Pointe Church and Keegan Ferrell as they re-kindle their long, storied relationship on-stage on November 21st, 2021 at 9:00, 10:15, and 11:30 AM.