Troopel.com #KambakhtJail Series – Why was the punishment in the cellular jail (Kalapani ki saza) deemed as Hell on earth? 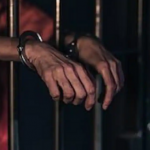 It is said that, of all the things you choose in life, you don’t get to choose what your nightmares are! The same can be said for the prisoners who were sentenced to the cellular jail of Andaman and Nicobar. The punishment of being a prisoner in this jail or Kalapani ki saza as it was called, was a nightmare come to life. People who know about this prison still get goosebumps while thinking about it. Let’s have a look at why it is called the cruelest punishment.

Kalapani punishment was started by the British in India in the Cellular Jail located in the Port Blair City of Andaman. One look at this prison will tell you how difficult it would have been to live in it, and Indian freedom fighters were especially kept in these jails.

Notably, the prisoners here were kept in total isolation with no contact with each other. The prison had a separate cell for every prisoner. The loneliness was the most frightening punishment for the prisoners sentenced here. A total of 698 cells were built in seven branches and there was no bedroom in any of them. Each closet was 15 × 8 feet. The prisoner of one cell could not contact the prisoner of the other cell in any way.

The construction of the jail was started in 1896 and completed in 1906. The boundary walls of this prison were so small that one can easily cross it. But with deep seawater framing all the sides, the prisoners had no way of escape.

This was the story of that dreadful prison, which is also called as the hell on earth. This prison bears the symbol of the atrocities committed on the Indian freedom fighters by Britishers. 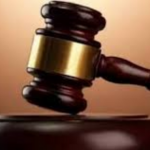