The Don’t Count Me Out Tour This Spring 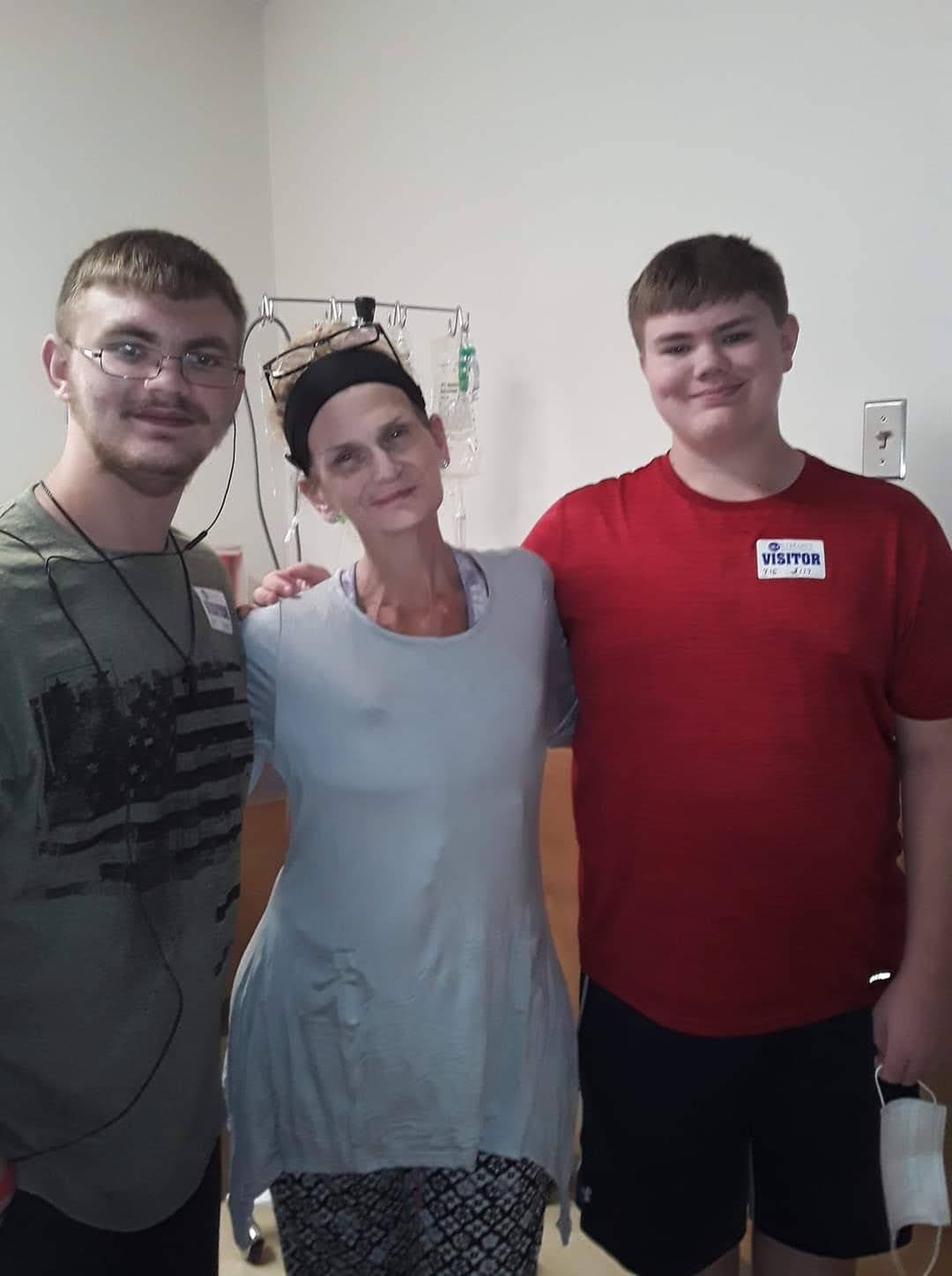 May 1st thru 14th 2022. The tour was named Don’t Count Me Out by Shellie after fighting a cancer called MDS (or Myelodysplastic Syndrome. A cancer, characterized by a group of disorders caused when something disrupts the production of blood cells. Some types have no known causes are rare and there are fewer than 200,000 US cases per year). As well as diseases caused by the chemo (i.e., Addison’s disease is a rare but serious adrenal gland disorder in which the body can’t produce enough of two critical hormones, cortisol and aldosterone fewer than 200,000 cases a year)).

Music is a part of a person’s story, a part of their soul. That is how artists connect to people, by telling their story.

This is how people connect to people. Everybody has a story. The Don’t Count Me Out tour, was given the name, because it is a reminder. That miracles happen every day, and that ANYONE can do anything they want!  If they put their mind to it, keep pushing to achieve their goal, and NEVER BE COUNTED OUT!!!!!!

This tour will be raising awareness and money to donate to the research of MDS, copper deficiency, and Addison’s disease. DCMO22 is a tour filled with stories of overcoming adversity and staying positive through all the ups and downs that occur in life..

Shellie Davis was born and raised in Huntington, West Virginia. She was in the first graduating class of 1997 Huntington High High School. She then went to college to be a teacher. However, she switched her major to nursing.

THE DON’T COUNT ME OUT TOUR #dcmo22.  Is a true story of overcoming adversity. Through every aspect of life! She is funding this tour all on her own. So, any and all donations or sponsorships and endorsements would help!

WINCHESTER, Va. – Dec. 16, 2021 – PRLog — The Twelve Days of Christmas” — Everyone knows the song.   But few realize the traditional way of celebrating Christmas was from December 25th to January 6th, the Feast of Epiphany.

Jo Lee Loveland Link and John W. Link, authors of Return of the Three Kings: Reclaiming the 12 Days from Christmas to Epiphany, share ideas on how to create a more meaningful and memorable holiday from December 25th to January 6th, the Feast of Epiphany.

“Like many people, we were tired of the growing commercialization of Christmas – Christmas songs relentlessly in every store!  Hypes to “Buy this Christmas special now, while they last!”  The stress of focusing on presents — rather than being present for one another –was wearying. Then we discovered ‘Olde Christmas’ started on December 25th with the story of Jesus in the Manger and continued through 12 Days with the arrival of the Three Magi (later called Kings) on Epiphany.   We never looked back and have been celebrating 12 Days ever since.”

Return of the Three Kings encourages everyone to design their own celebrations.  Sections in the book celebrate multiple and international religious traditions, often called Feasts of Light.  Another Section welcomes agnostics and atheists to celebrate in their own ways.

All celebrations can be as simple as desired, focusing on being together and sharing personal conversations and remembrances.

So, here is how to daily celebrate the 12 Days of Christmas:

1.   Plan a daily shared experience such as readings sacred stories, in person or via Zoom or Facetime.

2.   Talk with each other about the reading. It can be a great conversation starter, especially across generations.

3.   Once the reading and discussion is finished, it is suggested is to give each person one present per day.  Some may be very small like a poem, Dollar Store gifts mixed with volunteering to take on a chore, and 2-3 larger gifts. If separated by distance pre-wrap and mail the gifts.

4.   Do Charitable outreach:  Many charities get great support on Christmas Eve and Day and nothing after that. You might do something for a neighbor.

One really helpful aspect of this approach is more time to shop After-Christmas Sales and your dollars can give more to your loved ones. This year’s supply chain and shipping delays will be less of a problem.

One effect of receiving a single gift at a time is that the giver can describe the meaning of the gift.  When you receive 6-15 gifts all at once on traditional Christmas Mornings, you can’t be grateful for each one. This creates a new kind of Christmas magic, as each gift has more meaning.

Each family needs to craft their unique version of how to celebrate the 12 Days of Christmas, but the change can be magical.

Return of the Three Kings: Reclaiming the 12 Days from Christmas to Epiphany  as  E-Book or paperback from Amazon.com   https://www.amazon.com/dp/B00HARSL9S/ref=dp-kindle-redire…