The FFA General Secretary, Shambo Flago addressed a press conference at the Arunachal Press Club, to inform the online two-day event. The Film Awards in Arunachal will be held in collaboration with the Arunachal State Government.

According to Shambo Flago, “The festival will have feature, documentary, and two short films; one will be open to all topic/ genre, and the other will be theme based on unemployment and mental health”.

Further, he said, the entries are open to all filmmakers of Arunachal Pradesh. It is to provide that the entries for documentary and feature films must be either certified by the Central Board of Film Certification (CBFC) or affiliated to the FFA.

Flago also informed, “The last date for submission of the feature, documentary and short (open) films is 30 November, while 2 December is the last date of submission of theme-based short film,”. He added that more detailed information regarding the competition criteria could be accessed from the FFA’s Facebook page and Official Website.

Similar to the Film Awards in India and the previous year’s AFF India, it will give away awards to the best actor, actress, villain, director, supporting roles, musician, lyricist, singer, etc., said GS FFA.

“FFA will entertain films released between April 2019 to December 2020, but films already uploaded in online or Social Media platforms will not be entertained,”, he added.

The Arunachal Film Festival in India was supposed to be held in March or April, this year, but it got delayed due to the pandemic. 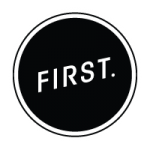 FIRST Digital NZ has been working on key analytics, conversion and tracking implementation projects for Icebreaker since 2017. The digital marketing agency has recently been appointed as a long-term partner providing ongoing training and support to the brand’s global ecommerce team.

“We are excited to solidify our partnership with Icebreaker Global and provide the opportunity for a deeper level of insights and analysis as they extend their global ecommerce reach.” Says Danny Parker, Commercial Director for FIRST Digital.

FIRST Digital’s goal is to equip and support the Icebreaker team to further advance their ecommerce business by being able to leverage the full potential of their Analytics platform.

Over the years, FIRST has helped Icebreaker gain insight on the 360 customer shopping experience and use data to optimise marketing channels towards core online and offline KPIs for the business.

The appointment of FIRST comes at an opportune time with big changes happening in the world of analytics. Google recently launched Google Analytics 4, which builds on the foundation of the App+Web property introduced in beta last year. The new measurement model has machine learning at its core and offers a more unified solution for cross-device measurement. It is also privacy-centric, which complies with industry changes regarding cookie and identifier restrictions.